Ad Blocking and what it means for marketers in India

Globally, the growth rate of new users downloading and installing mobile ad blockers has more than tripled in 2016, but its slowing down 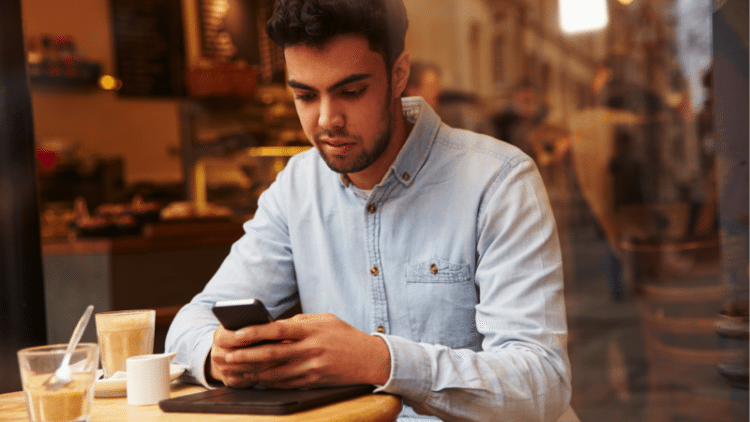 Peter Hamilton is currently the CEO of TUNE (previously known as HasOffers), one of the largest mobile marketing platforms in the world. An entrepreneur at heart, two M's define his passions -- Marketing and Music.

There are about 460 million people connected to the internet in India. Nearly 50 per cent of these people rely on their smartphone to go online, making India the world’s third-largest smartphone market. India accounts for nine percent of global app downloads.

What makes India exciting for marketers is that the country’s mobile market is continuing to grow at an exponential pace. As per a Morgan Stanley research report, India is expected to overtake the United States and become the second-largest smartphone market by 2017. This trend is also driving increased internet penetration, which is expected to reach 50 per cent by 2018.

Marketers should be happy with the prospect of a booming Indian mobile marketplace, right?

Not so fast. India’s low mobile monetization rates could be at risk by another looming trend, ad blocking.

So far in 2016, the installation of mobile ad blocking apps has spiked in India. It is part of a global trend that has seen nearly 200 million people installing and using ad blocking software, which is still a very small percentage of the total. Globally, the growth rate of new users downloading and installing mobile ad blockers has more than tripled in 2016, but there are signs that this is slowing.

About 20 percent of monthly active users in the United States have installed ad blocking software, compared to just two percent of users in India. Any increase at all in the adoption of mobile ad blocking in India could reduce the profitability of mobile campaigns because Indian customers already present mobile marketers with tight margins. However, it’s important to understand why Indian mobile users are installing ad blocking in order to address this growing issue.

Accessing the internet in India is slow and expensive. Most people access the internet outside of India’s big cities, in places where painfully slow 2G service is the norm. Ads in particular increase the loading time of a mobile webpage.

In a New York Times study, one tested mobile page weighed in at 19.4 megabytes without an ad blocker and four megabytes with one. For people on a data budget, and particularly for users in countries where mobile data is expensive, this can be a big incentive to block ads. On top of that, Indians pay high fees for capped data plans. Every time an ad is loaded instead of the expected content is an opportunity cost.

Finally, ad networks are sometimes used as vectors for crippling malware and viruses, a disaster when mobile is the “everything device” used not just for shopping, but for communication, banking, health, and more.

While Indians have plenty of reasons to block mobile ads, they also have to deal with India’s government, which is also blocking content.

Citing reasons of protecting national security and public morals, India’s government frequently blocks domains and apps from the internet in the country. The most commonly blocked sites include content from adult websites and those inciting religious intolerance.

However, like anywhere else in the world, people even in this market will always continue to search for ways to access blocked content and banned sites. To circumvent government restrictions, Indians are turning to VPNs, which are increasingly being integrated into web browsers such as Opera. Along with a native VPN, Opera now comes equipped with native ad blocking.

Four tactics for dealing with mobile Ad Blocking in India

Since ad blocking will only become more prevalent in the future, here are four tips to help mobile marketers succeed:

Knowing who the end consumer is always the most important aspect of your marketing strategy. It should be focused on delivering the right message, to the right person at the right time. In order to do this you need to test different messages across mediums like email, social media, or even content marketing platforms. Your strategy should be to engage with your audience in the medium that suits their browsing habits.

2. Focus on quality and user experience

Focus on the end user’s experience when you design your ad campaigns. Ensuring that the mobile experience is compelling is the most important part of any campaign. Consumers behave differently on mobile, and you need to comply. When it comes to quality, you must make sure your ads are designed with the mobile screen in mind and the experience is not simply reused from desktop. Putting in the extra effort will make all the difference.

4. Build your own app

While this may seem like an audacious goal, building your own app that solves a specific problem may be the most surefire way to connect with your audience and avoid being blocked. You can then use tactics such as in-app marketing, re-engagement, and other practices like push notifications to communicate effectively with your audience. That way, you have ultimate control over how you market to consumers.

Ad blocking is here to stay, and its use in India is only going to rise, how much no one knows. What we do know is that ad blocking can create major challenges for publishers and advertisers alike.

Finding creative solutions that will ensure the end users experience is the paramount priority will help publishers work around this challenge and remain profitable.