Build Up, Move Fast, Tear Down: How presidential campaigns and Fortune 500 companies are similar, yet different

When it comes to operations, campaigns and companies must recognize the importance of grassroots element. Imagine a retail store such as Home Depot… 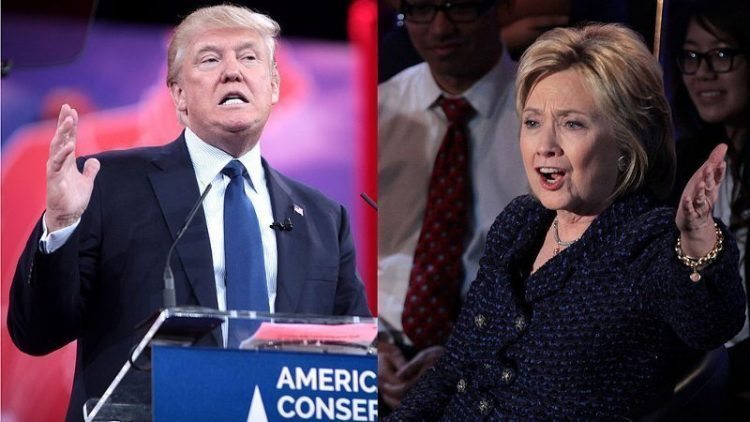 Trace Anderson is a Political consultant with over 16 years of experience in politics and government.

Trace Anderson is a Political consultant with over 16 years of experience in politics and government. Co-founder and President of CFB Strategies, a political consulting company that specializes in database management and data analytics for political entities and individuals running for office. Licensed attorney with experience in both the public and private sector.Always looking for business opportunities and new campaigns.

Imagine a garage-like office filled with boxes, IKEA furniture, groups of people armed with laptops and tremendous ambition. Is it an early-stage company or the first days of a presidential campaign? It’s hard to tell.

A presidential campaign has been described as building up and tearing down a Fortune 500 company in 18 months. A Fortune 500 company, by definition, is one of the 500 largest US public or private corporations as ranked by total revenue. Meanwhile, a presidential campaign is an organized effort which seeks to influence the decision-making process within a specific group. In this case, this organized effort involves electing the chief executive officer of the United States.

When we talk about building a presidential campaign from day one, the official campaign launch generally takes place about 500 days before Election Day. Although the time frames for launch seem to move up every year, these early days often mirror the beginning days of a company. Staff must be hired, money must be raised, and the campaign’s messaging developed – all within a short time frame. In a sense, campaigns can be described as fast-ramping start-ups, while Silicon Valley’s hottest social media companies may take years to reach the scale of a major presidential campaign in terms of employee count and spending. Also, young companies and campaigns both work to keep expenses to a minimum (again, IKEA furniture) and they want people who believe in the cause – whether that cause is the company’s vision or candidate’s message.

Similarly, the future Fortune 500 company often has a scrappy beginning. Take Apple, for instance, which was started by Steve Jobs, Steve Wozniak and Ronald Wayne in a garage in Cupertino, California. Jobs invested $1500 from the sale of his VW bus to buy essentials. The company went public in year five and joined the Fortune 500 in year eight, entering at number 411 with revenue of $583M.

For both companies and campaigns, raising money is key from day one. The company raises money from a combination of VCs, funding rounds, bootstrapping and angel investors. It’s important to remember that companies such as Salesforce and Oracle all started out as an idea. Had Bill Gates liked Marc Benioff’s Salesforce cloud computing model, he could have cut him a check for $500M back in 1999. Instead, most companies have protracted funding cycles with multiple rounds – but with no limits.

In a campaign, however, an incredible amount of money must be raised in a compressed time period – with hard limits. The Federal Election Commission limits the amount an individual can contribute to a candidate or political party. This cycle, an individual can donate a maximum of $5400 for the primary and general elections, or $2,700 to each. Imagine building a giant corporation in 18 months with those financial limitations.

In the campaign realm, there is only a small number of people who know the behind-the-scenes details about the campaign launch. During the first few days after the official launch, millions of dollars can be raised. When Ted Cruz announced his campaign in March 2015, he raised $4.3M during the first week. Every quarter after that, the numbers kept growing — $10M was raised in Q2 2015, $20M was raised in Q3 2015 and $31M was raised in Q1 2016. Similar to a company, if a campaign doesn’t have the proper infrastructure across all departments, failure will follow.

If you look at a campaign as an organization, there are different divisions each tasked with their own jobs. Within a company, you have the c-suite (CEO, CTO, CMO). Within the campaign, the senior executive team includes the senior strategist (responsible for setting campaign strategy), campaign manager (day-to-day operations), campaign chairman, finance team, head of grassroots field organization, and head of data and research. The political candidate is the CEO, company and the brand – all rolled into one.

When it comes to operations, both campaigns and companies must recognize the importance of the grassroots element. Think about a large retail store such as Home Depot. It has national brand messaging, yet there is a local presence when you walk into the store near your house. When a candidate speaks in two different states, the basic messaging will be the same but there will be a localized element – think t-shirt slogans and shout-outs to the local restaurants where campaigning occurs.

In addition to similar organizational structures and operations, campaigns and companies also share a common set of skills. Basically, the more you can do, the more valued you are to handle the high expectations and intense timelines. There are multiple skills across marketing, finance and operations that a campaign can apply to a company and vice versa. You want to have a Swiss Army knife-type skillset – think web programmer, expert writer and social media expert with a vast network of connections. Among these skills, social media is vital, as it helps with reaching voters, mobilizing staff and communicating specific messaging.

After the Campaign: What Next?

At the 18-month mark, most future Fortune 500 companies are knee-deep in raising money and perfecting their product. At this point, campaigns are in tear down mode. When a candidate wins, the reward for many staff is often a job within the administration. If a candidate loses, staffers are often scooped up for other Senate or Congressional races across the country. Win, or lose, a campaign and a company are both about a common vision, brand or movement – and championing a message in order to win financial support, awareness and change.