Android Nougat vs iOS 10: Which is more secure?

Data breaches and digital crimes remain some of the common issues that plague the mobile tech industry. How do Android Nougat & iOS 10 fare? 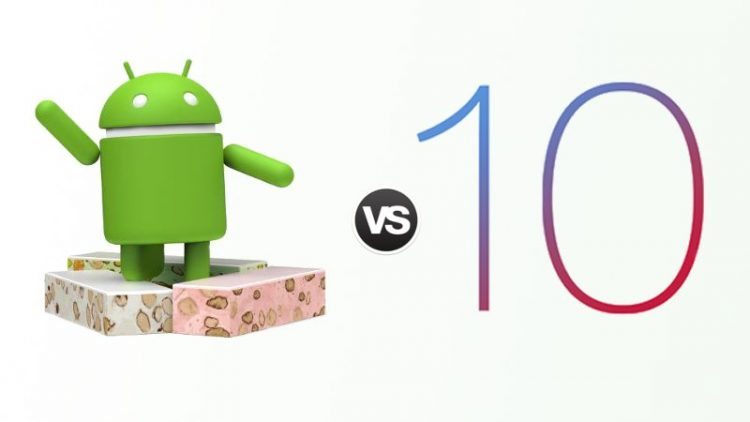 JenBTech is a tech geek whose expertise is security, mobile devices, IoT, BYOD, and business IT.

JenBTech is a tech geek whose expertise is security, mobile devices, IoT, BYOD, and business IT. She has been invited a couple of times to attend tech conferences in Europe and Asia. During her free time, she tutors children in her nearby school about science and technology. Watch out for JenBTech's upcoming website focused on the FinTech industry.

Aside from their mobile devices, Apple and Google are also competing against each other in producing the most intuitive, reliable, and secured mobile operating system on the market. Both tech companies have already released the iOS 10 and Android 7 Nougat update respectively.

Google started rolling out the latest Android OS in August for selected Nexus and Pixel smartphone owners via the over-the-air update. But, it was only this October that the search giant allowed other devices to install the update. Meanwhile, Apple released the iOS 10 along with the launch of its latest handsets, iPhone 7 and iPhone 7 Plus. The new smartphone, which has a rating of 4 out of 5 stars from O2 users, featured the latest iOS as one of its unique features.

Aside from their intuitive features, the new iOS and Android are both being tested for security. Data breaches and digital crimes remain some of the common issues that plague the mobile tech industry. So, it makes us wonder whether Apple and Google were able to address security and privacy in their latest mobile OS. Read on below to find out our findings.

Before Google even launched the new Android, the company already announced that it will strengthen the security core of its upcoming mobile system.

“Android N is introducing a new feature “Direct Boot” and a file based encryption mechanism that improves usability while maintaining encryption of user data,” based on the company’s official blog post. “We’re constantly making improvements to how we identify and protect users from potentially harmful apps.”

Here are some of the new and improved security features of Nougat:

The search giant is more focused on making every Android device ideal for BYOD with the introduction of the Enterprise Mobility Management (EMM) that allows corporate app developers to create and secure Android for Work solutions that fit their organization/s.

While we know Apple take security seriously, hackers said the company weakened the security of the iOS 10 by making the login for backups on Mac and PC considerable easier.

“We discovered an alternative password verification mechanism added to iOS 10 backups. We looked into it and found out that the new mechanism skips certain security checks, allowing us to try passwords approximately 2500 times faster compared to the old mechanism used in iOS 9 and older,” Elcomsoft’s Oleg Afonin wrote in a blog post.

Apple immediately addressed the issue and doubles down on OS security with advanced differential privacy that promised user data protection. The cutting edge security feature uses a variety of techniques, including subsampling, hashing, and noise injection.

Overall, both offer groundbreaking security for modern mobile users, addressing important privacy and data issues with appropriate tech solutions. Despite Apple’s initial security problem, it was able to offer top-notch OS, which is said to be the main reason why there’s nothing else like an iPhone. Likewise, Google’s initiative to produce a mobile ecosystem that works for businesses makes the Android N device reliable that isn’t only appealing to business-focused users but also the common consumer.