The age of chatbots is upon us

In the enterprise, chatbots are expected to become the interface of choice for corporate software 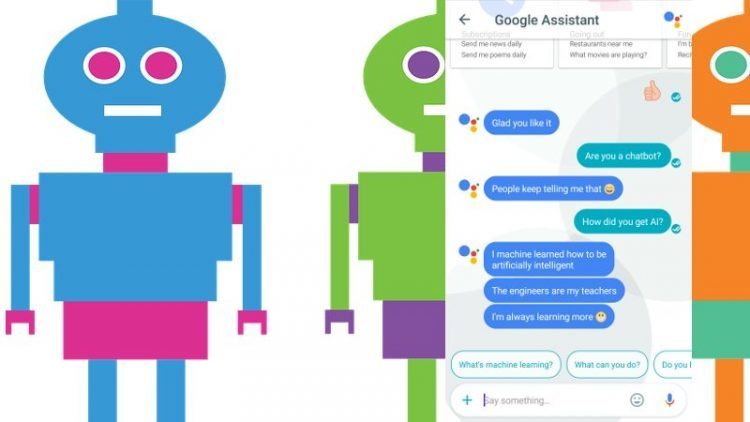 Ravi Lingarkar is a serial entrepreneur with 2 successful exits with one of them being an IPO.

Ravi Lingarkar is a serial entrepreneur with 2 successful exits with one of them being an IPO. In the past, he has been the CEO of venture funded company Celestix Networks and VP of Engineering at security giant McAfee. He holds several key Internet patents and has a Ph.D in Electrical and Computer Engineering specializing in Robotics and AI.

Chatbots are software agents that engage in conversations with humans and may even take physical actions. Science fiction books and movies are filled with chatbots; many of them being malicious. The chatbot HAL 9000 in the iconic film 2001: A Space Odyssey kills an astronaut and threatens to kill another one. According to the University of Southern California (USC) study, the 2016 US Presidential election has been influenced by chatbots interacting with social media, also called social bots. The study concluded that 19% of the 20 million Tweets in a five week period just prior to the election were created by social bots.

In 1950, Alan Turing, considered one of the fathers of Artificial Intelligence (AI), proposed the “Turing Test” to quantify machine “thinking.” For a computer to pass the test, it must only dupe 30 percent of the people who chat with it for five minutes. At the 2014 Turing Test competition, for the first time Russian chatbot impersonating a 13-year old passed the Turing Test by duping 33% of its interrogators. The precursor to all chatbots is the program ELIZA designed by computer scientist Joseph Weizenbaum in the mid ’60s. Weizenbaum was surprised that people found it realistic when ELIZA behaved like a psychotherapist. ELIZA became so successful that even today it is found on thousands of computers worldwide and is studied in nearly every first course in AI.

These days, chatbots are so common that you don’t even realize that you are engaging with one; smartphone users have all used “Google Now” or “Siri”. Amazon Echo is a little black cylinder that listens to voice commands and answers to the name “Alexa”. Not only can it tell you what the weather will be like, but it can also control smart devices like thermostats and lightbulbs. After Facebook opened up its Messenger service, thousands of chatbots have been created. Mastercard last month announced its bot for banks, which enables Facebook Messenger users to check activity on their bank accounts.

In the enterprise, chatbots are expected to become the interface of choice for corporate software. “We are working on providing such an interface to our business management platform,” said CEO Shashank Dixit at Deskera, a fast growing business management cloud services company. To my question as to how it worked, Shashank added that “All incoming query requests are contextualized using deep learning and neural nets into one of the many categories for subsequent processing: sales, support, payroll, and accounting. Once contextualized, the query is then directed to the appropriate module via an API to return a response.” With this interface in place, employees would be able to ask questions like “what is my pay next month after I exercise and sell my vested stock options.”