8 Data Analytics companies to look out for in 2017

From self-service tools to visualization tools, Data Analytic solutions seem to be giving enterprises a competitive edge in today’s market 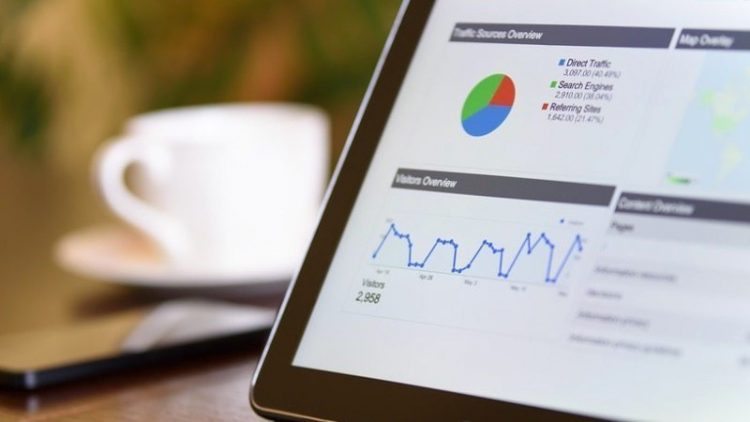 For examining and processing raw data with the purpose of drawing conclusions for better business decisions, Data Analytics tools are now extensively being used by companies to churn large amounts of data to uncover hidden patterns, correlations and insights. From self-service tools to visualization solutions, Data Analytics seems to be giving enterprises a competitive edge in today’s market. Below is a list of Data Analytics companies that we think you should watch out for in 2017:

The self service software and cloud service for business analysts, Alteryx, claims to help connect to and cleanse data from data warehouses, cloud applications, spreadsheets and other sources, join this data together, then perform analytics – predictive, statistical and spatial – using the same intuitive user interface, without writing any code.

The platform extends to departments such as finance, sales and marketing and states to have clients such as McDonald’s, Ford, Kaiser, Experian, Veritix among others. Alteryx Analytics also claims to provide analysts with the ability to easily prep, blend and analyze all of their data using a repeatable workflow, then deploy and share analytics at scale for deeper insights.

The company is backed by OpenView, Romulus Capital and Salesforce Ventures which invested $15 million in a Series B investment round in 2016 November. The company’s application can be used as a cloud or on-premise based application and with the investment plans to continue customer momentum by accelerating the development and delivery of its deep learning behavioral analytics as well as other advanced product capabilities. The startup provides cloud software with a “threat intelligence console” and an application programming interface (API) to provide results of tests on its customers’ data. DataVisor claims that its security analytics engine within an Apache Spark big data platform that can handle enormous amount of data. The company claims to have raised a capital of $20 million in 2015 in a Series B investment round bringing its total capital to $33.6 million till date from investors such as Nexus Venture Partners, Paxion Capital Partners, and Transamerica Ventures. April 2016, Magento Commerce acquired RJ Metrics, a cloud-based analytics platform tuned for digital commerce business intelligence. In addition to the analytics extensions already built for Magento, the core platform launched a solution named as Magento Analytics, a native solution enabling merchants to better understand and optimize their commerce business based on actionable data and insights into customers, merchandising and channels.

The company stated that combining Magento and RJ Metrics’ capabilities, Magento Analytics will allow non-technical business users to quickly and easily integrate with enterprise-grade data sets across a broad array of applications in order to consolidate and analyze data for effective multi-brand, cross-channel reporting. Post acquisition RJ Metrics, is operating under Magento’s banner as a Magento company. Periscope is a software platform that claims to plug directly into the customers’ databases and lets them run, save, and share analyses over billions of data rows. The platform has been specifically created for data scientists, and allows the users to run fast analyses on SQL databases. Periscope’s offerings is being backed by Amazon Web Services data warehousing technology.

The company raised around $25 million in a Series B investment round in November 2016, led by Bessemer. In its Series A funding round, the company had raised $9.5 million, led by DFJ. In 2013 SnapLogic launched its enterprise integration platform as a service that helped companies connect big-data and application across hybrid clouds. It also helped enterprise IT accelerate adoption of cloud apps like Workday, Salesforce and SerivceNow. SnapLogic offers powerful application and big data integration in a single platform, connects enterprise applications and data stores with minimal coding, helping enterprises get from big interactions to big insights more quickly and easily.

The company made a couple of announcements last year, a $40 million Series F funding to accelerate global expansion and transform how companies integrate data, bringing its total raised investment to $136.3 million. It also made new pre-built intelligent connectors called Snaps available for Microsoft Azure Data Lake Store, to provide fast, self-service data ingestion and transformation on-premises, in the cloud or in hybrid environments. Teradata is a provider of enterprise big data analytics and services that include Data Warehousing, Data Driven Marketing, BI and CRM. Originally the company started in 1979 and was later acquired by NCR. It again spun off from NCR in 2007, as an independent entity. The company launched Connection Analytics in 2014 which claims to support data-driven analytics for discovering relationships and influences between people, products, and processes.

The solution was launched a month back in Japan as Think Big Strategic Consulting offering full lifecycle services which includes analytics consulting for the big data ecosystem, starting from data design and implementation, to managed services and training on open source technologies.