Domino’s pizzas coming to you via a drone shortly

Domino’s has tied up with Starship Technologies to deliver pizzas within a one mile radius around Domino’s stores, in select German and Dutch cities 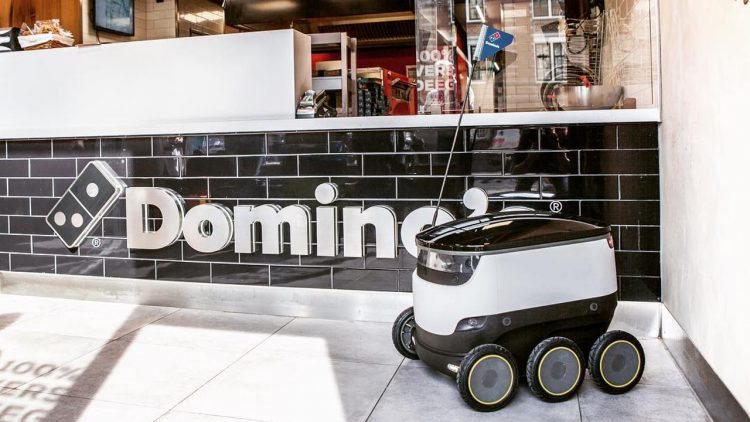 Select German and Dutch cities will soon get Domino’s pizzas delivered by ground drones. Domino’s Pizza Enterprises (Domino’s) has tied up with London headquartered Starship Technologies for a pilot program, to deliver pizzas within a one mile radius around Domino’s stores, in the next two months.

Domino’s is running the project under the framework of DRU (Domino’s Robotic Unit), an initiative using robot and drone technologies for delivery.

Don Meij, Domino’s Group CEO and Managing Director, said the partnership between the Company and Starship Technologies was an important next step in bringing robot pizza deliveries to reality.

“We are a global company and we are eager to progress innovative technology in all of the countries in which we operate – we are very excited to be partnering with Starship as it brings regular deliveries by robot one step closer to commercial operations,” Meij said.

“With our growth plans over the next five to 10 years, we simply won’t have enough delivery drivers if we do not look to add to our fleet through initiatives such as this,” said Meij.

Starship Technologies is building a fleet of autonomous robots designed to deliver goods locally in 15-30 minutes within a 2 mile radius. The robots drive autonomously but are monitored by humans who can take over control at any time.

Starship’s six-wheeled robots are a little under two feet tall, weigh about 40 pounds when empty and travel at a walking speed — four miles per hour.

Launched in July 2014, by two Skype co-founders, Ahti Heinla and Janus Friis, Starship is changing the way parcels, groceries and food are delivered.

Starship recently announced $17.2 million in seed funding, led by Mercedes-Benz Vans. The funding accelerates the development of pilot programs in Europe and the US.