Indian cryptocurrency industry has come up with a Petition, urging the Indian government to "announce bitcoins and cryptocurrencies as legal" 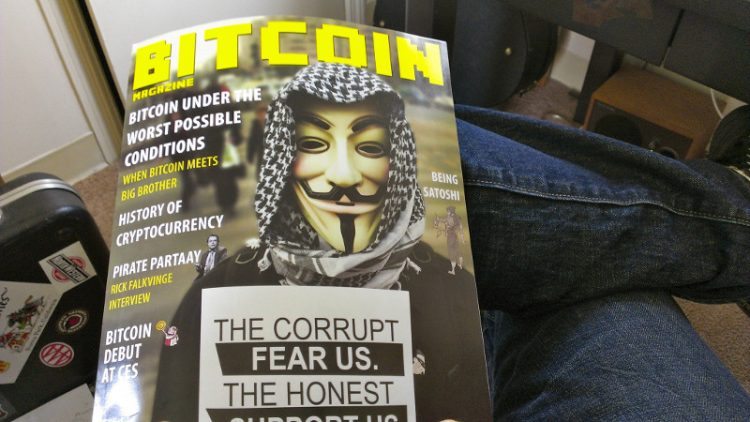 Industry body formed by India-based cryptocurrency startups, Digital Asset and Blockchain Foundation of India (DABFI), has come up with a Petition on Change.org, urging the Indian government to “Announce bitcoins and cryptocurrencies as legal.”

The petition had garnered 6,941 signatures at the time of writing the story and was 559 signatures away before it would be submitted to Arun Jaitley, India’s Finance Minister; Urijit Patel, Governor of Reserve Bank of India; and S Selvakumar, Joint Secretary, Department of Economic Affairs, Ministry of Finance.

Is it a ponzi scheme?

The petition has come in response to a statement issued by Indian parliamentarian Kirit Somaiya, who had compared bitcoin to a “pyramid ponzi scheme.”

“The use of Bitcoin, a hypothetical currency, is increasing at a rapid speed in India as well as in the world. Experts have expressed concern that Bitcoin is a pyramid ponzi type scheme. This issue should be taken very seriously and there is urgent need to have a study on development of Bitcoin in India. There is no regulator. As it is functioning like [a] currency and seems like [a] Ponzi scheme, RBI and SEBI as well as Finance Ministry to take appropriate step to save the people from another big ponzi fraud,” Somaiya had said in the parliament.

Subsequently, the Indian media had reported bitcoins as “illegal.” Indian bitcoin exchange, Zebpay, clarified on its blog, “No, that is not true. Nothing has changed regarding bitcoin’s legal status in India this week. In our opinion, bitcoin is not illegal. Bitcoin is legal under all existing laws. It’s business as usual at all Indian bitcoin exchanges, including Zebpay.”

“Ponzi schemes are unfortunately common. They use different modes to accept and make payments. Sahara’s chit fund was a ponzi scheme. It used Indian Rupees for payments.

Unfortunately, there are a few ponzi schemes which use bitcoin as the payment method. Just like Rupee is not a ponzi, neither is bitcoin. In fact for a few months now, we have been regularly warning our users to beware of such ponzi schemes on our website, Facebook and Twitter accounts.

The well meaning MP wants to do is his job of protecting the people of becoming victims of such ponzi schemes. It’s a misunderstanding of the technology that made him remark that bitcoin is ponzi.”

The government has setup an inter-ministerial committee to study the legality of bitcoins, which will give a response on 20th April 2017.

Stop bad actors, not the technology

The petition urges the government to “not take hasty steps and prevent innovation, economic activity and jobs. This will only stop good uses of cryptocurrencies.”

Read the full petition below:

Bitcoin is not illegal as per existing laws. As per media reports, a parliamentary committee is setup to look into the future legality of bitcoins and cryptocurrencies.

Blockchain: It has been accepted worldwide that blockchain technology will be the future for financial institutions. Blockchain cannot work without allowing all parts of the industry – mining and trading of blockchain tokens, that is cryptocurrencies.

Remittance: Potential for India to save US$ 7 billion by using cryptocurrencies for inward remittances. Compare this to US$ 2 billion budget of the Mid Day Meal scheme to feed 120 million poor children.

Fintech Hub: With its status as a tech hub, India has the potential to be a fintech hub by allowing innovation in future fintech technologies.

We wish to develop a responsible industry around this revolutionary technology.

Stop bad actors, not the technology: With infrastructure technologies like the Internet, the smartphone and cryptocurrencies, it makes far more economic sense to chase the bad actors (for example, ponzi schemes) rather than shutting down the technology.

Cryptocurrencies will be available irrespective and the illegal users do not care about its legal status. Please do not take hasty steps and prevent innovation, economic activity and jobs. This will only stop good uses of cryptocurrencies.

DABFI: The need for self-regulations

The industry consisting of Indian cryptocurrency startups Zebpay, Unocoin, Coinsecure and Searchtrade had come together to launch DABFI for the orderly and transparent growth of virtual currency market.

Nishith Desai Associates, an international law firm, has been appointed to develop self-regulations for the industry.

Bitcoin reached an all-time high of $1,350 earlier this month and is currently trading at just under $1,000.