As of now, the service has been made available only on G6, LG’s flagship smartphone, via a software update 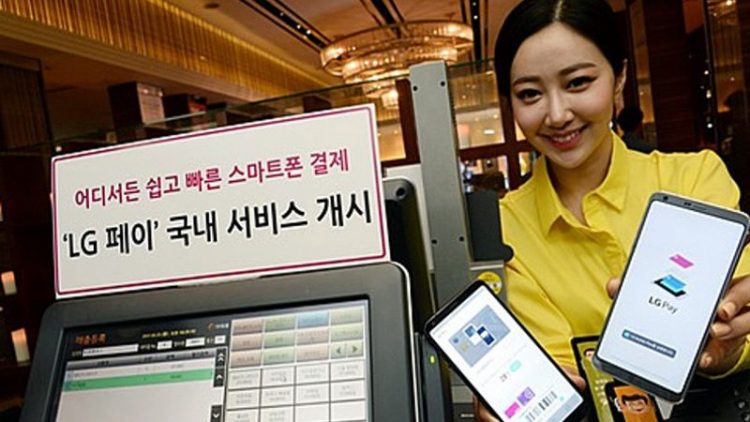 Seoul-based tech giant, LG has launched its own payment service, LG Pay in South Korea, in an effort to pace up its offerings in the mobile payments sector. The company has been reportedly working on its mobile payment system since 2015, and showed off the technology at the World IT Show 2017 exhibition in Seoul last month.

LG’s payment system uses Wireless Magnetic Communication (WMC) technology, which enables the phone to be used as an ordinary credit card when making offline payments. A magnetic signal is generated from a mobile device and is paid to a credit card terminal.

LG Pay users can simply touch their phones to regular credit card devices, although a fingerprint scan will be required to authorize the payment. Each time a payment initiated, the system will add a new virtual card number to prevent the card number from being leaked, thus enhancing the security.

As of now, the service has been made available only on G6, LG’s flagship smartphone, via a software update, only in Korea. LG Pay will initially available through four credit card brands, Shinhan, KB, BC and Lotte. The company has revealed plans to expand to more banks by September. In addition to offline payment, LG plans to expand LG Pay support for online payment and banking services soon.

LG’s payment system will be a major competitor to rivals like Google, Samsung and Apple, who have already floated their payment services Android Pay, Samsung Pay and Apple Pay respectively. Ironically, earlier this week, LG Electronics Canada teamed up with Google to be one of the first consumer electronics company to launch Android Pay in Canada.

20174
Smart humans will use machine analytics to keep up with attacks: Nir Polak, Exabeam
Happiest Minds looks at North America with OSSCube acquisition