The world seems to be moving towards an era of connected devices and smart items. Concepts like smart homes, smart cars, smart cities, have not remained theoretical anymore but are being developed and used everyday. Slowly smart devices seem to have become a pre-requisite for a brand. For example traditional consumer brands like Breitling watches, which made luxury wristwear has launched smart watches; traditional automobile brands such as General Motors, Volkswagen and Ford are coming up with smart cars. Talking about smart devices, when it comes to travel, smart cars, navigation, smart-wearables are not the only things that up for grabs. Smart luggage is a totally different category that has spring up in the past couple of years. Though materials and designs have been at a constant change, the ‘smart’ or ‘connected’ aspect seems to be catching up. Today, smart bags and luggage of all sizes are available in the market and many of these smart bags have first seen the light of crowd-sourced campaigns before hitting the market. Among companies like Aster, Bobby, Phorce, Bluesmart, Progo which are mostly unisex products, FYB London has claimed to have created the world’s first ‘smart handbag’ for women. The company also states to have reached its Kickstarter target of $30,000 goal in 56 hours. 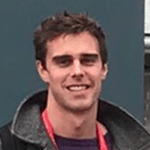 But if bags with similar capabilities are available in the market, what differentiates makes FYB stand out? Jason Lowe, Co-Founder and Technical Director, FYB London states that the company has increased and updated the functionality far beyond similar products in the market by introducing dual SMART locks which comprise of both Bio-metrics and Bluetooth locks. “We’ve also introduced Wireless charging capability making it easier, faster and more convenient to charge your SMART devices on the go and compliment your mobile lifestyle,” he adds. 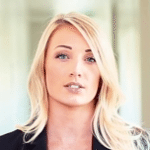 What also differentiates the handbag from other products in the market is the use of quality leather and the addition of the ‘fashion element’. Dani Richeson, Co-Founder and Product Designer, FYB London, feels that there is a lack of fashion in the smart category.

“I also think it goes further than this and I feel consumers are bombarded by SMART products which have been developed with as much technology whether you need it or not. We wanted to create a product with features you would use every time you used the handbags, features that enhances your experience and increases productivity.”

All the tech in the bag

Talking about the evolution and the future of the smart luggage and smart bag industry, Lowe feels that the space is evolving at a very fast pace and possibilities almost endless. “People have very specific requirements when they are traveling be it international or domestic for business or pleasure, so we feel the segment will become more diversified and specific to certain groups of travelers,” he said. The company has raised $106,168 on Kickstarter with 352 backers for its two products; the City Bag and the Travel Tote. The company claims that most of its backers are females but has also seen men in the demography. FYB states that it has seen the largest reaction from UK and US markets, however, the campaign has also seen support from Taiwan and Vietnam. Richeson states that the crowd-fund model provides much more than just funding it provides priceless feedback from consumers and gives the company the chance at the very beginning to consult with people about what they like, what they don’t like and how the product can improve. “We’re looking to launch into Retail as well as sell direct on our website and diversify the range with products that help promote our message and Ethos,” she adds. 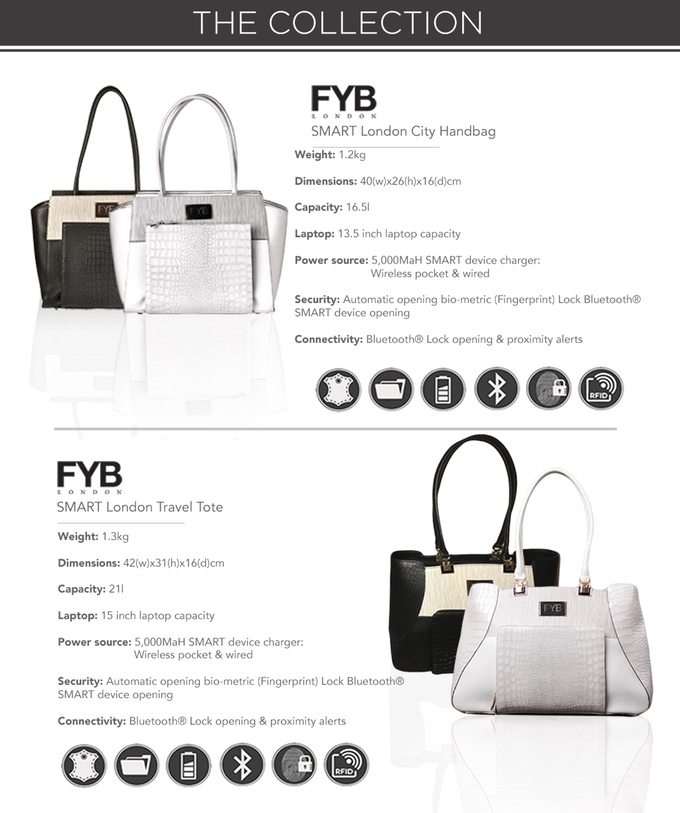 FYB London seems to be bridging the gap between fashion and function, especially when it comes to the word of smart travel gear. Having said that, the company has listed its products on Kickstarter starting from $399 for the City Handbag and $450 for the Travel Tote. Interestingly the company has also featured a limited edition Midnight City Bag for a whopping $115,000. The company claims that it has already started working on a mens’ collection to complement the female handbags to keep both the sides of the spheres happy.