Indian smartphone users on average use about 11 apps a day and spend about 160 minutes in apps in a day, according to business intelligence company App Annie. 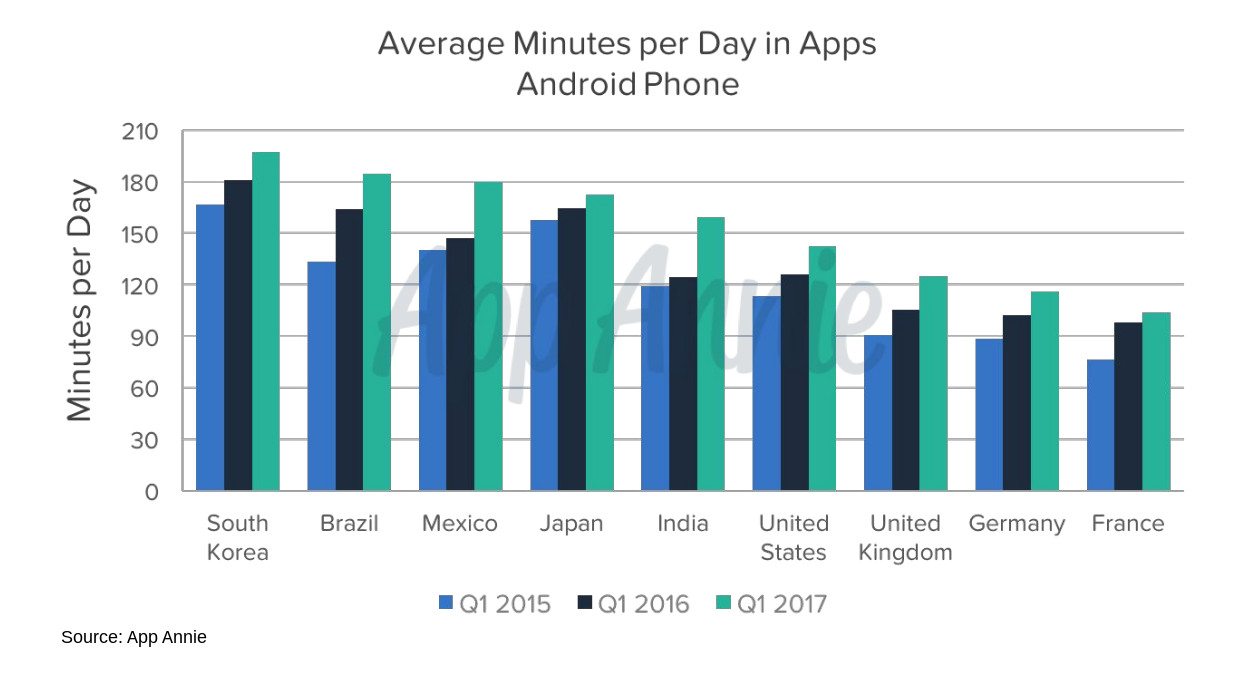 Users in the US averaged over two hours and 15 minutes per day, which amounts of over one month out of the year. South Korea, Brazil, Mexico, and Japan were even more impressive, all averaging around three hours per day.

In all countries examined — Brazil, India, China (iOS only), United States, Japan, United Kingdom, Germany, Mexico, South Korea, and France — smartphone users used an average of at least nine apps per day. Indian and Chinese smartphone users spend time on more number apps (11 on average) than countries like France and South Korea, which are two countries with one of the highest internet penetration in the world. 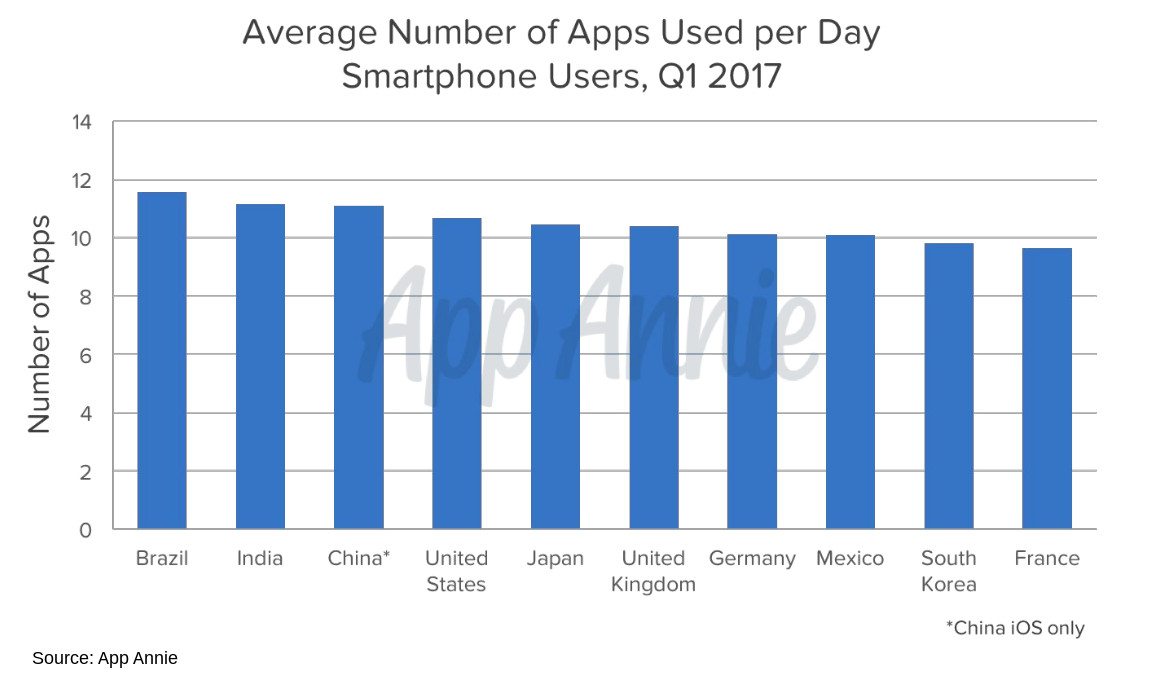 Indians on average have about 79 apps on their smartphone, and use only about 42 apps in a month. The divide between apps on smartphone and apps used in a month is maximum for Japan, where as compared to 105 apps on phone, only 35 are used. Mexico, which uses about 32 apps in a month, also has the least number of apps (about 70) on phone. 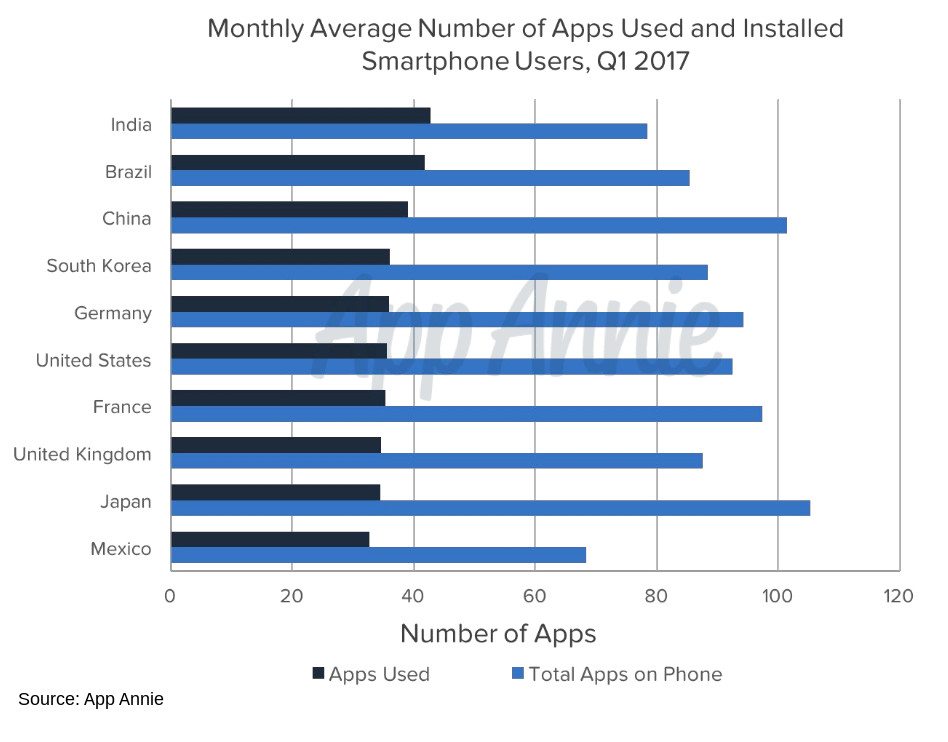 With roughly 75% of app store revenue coming from games, rising time spent among gamers proves that mobile games will continue to present a huge opportunity for publishers. However, for India that’s a far cry, which, as compared to the other surveyed countries, spends least time — about 23 minutes a day — on games. The growth in time spent in games in India, according to the App Annie report, is also the least as compared to others. South Korean smartphone users spend about 83 minutes a day on games, up from about 60 minutes in Q1 in 2015 and about 73 minutes in Q1 in 2016. 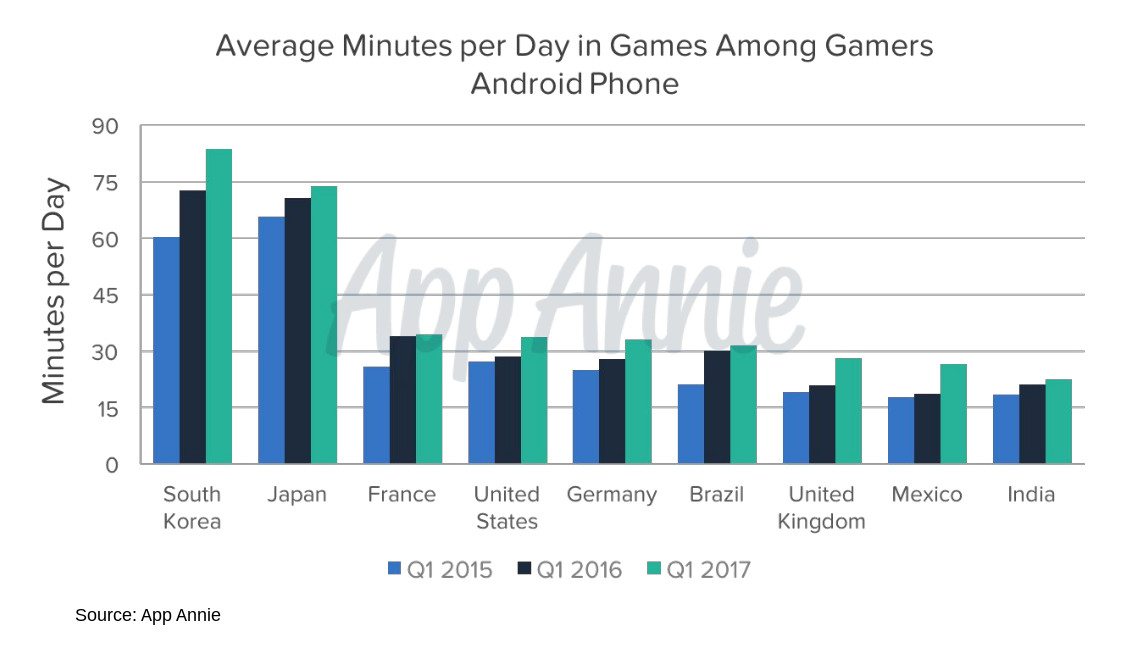