App Annie, a mobile app market data and insights company, today announced its first Asia-Pacific Retail Banking report, which analyzes how mobile is transforming banking and financial services in the region. This report covers the growth of retail banking and fintech apps and provides best practices with a focus on the countries most impacted in the Asia-Pacific region, namely Australia, China, Japan and South Korea. According to the report, finance category downloads grew faster between 2014-2016 than all other app categories excluding games combined worldwide. Globally, total sessions in finance apps have increased more than 100% over the past two years. While the Americas and Europe grew rapidly, APAC’s growth was the strongest. Furthermore, in Asia-Pacific, more than 110 billion sessions took place in finance apps in 2016. “More and more people are turning to mobile apps for their banking and finance needs and apps have now become central to these companies’ customer initiatives,” said Danielle Levitas, SVP of Research, App Annie.

“Apps provide a convenient, secure and personalized service for the ever-connected consumer to execute financial transactions. They provide banks and other financial institutions with a unique opportunity to enrich relationships with customers, reduce costs associated with in-branch transactions, and create new growth opportunities,” Levitas added. 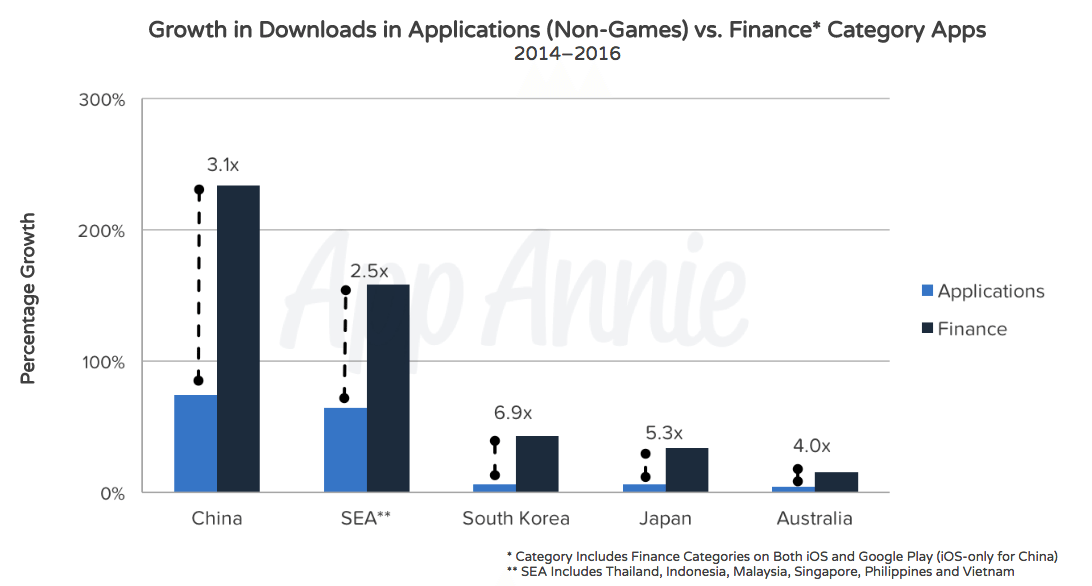 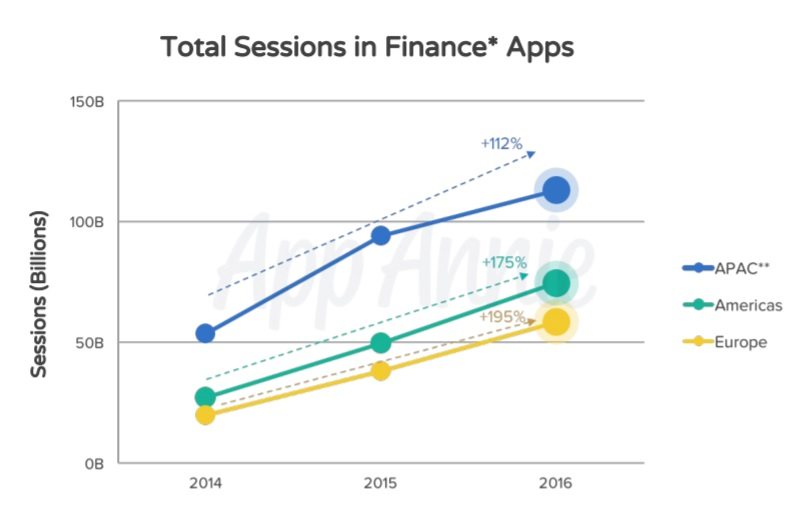 Fintech apps can have lasting impact on conventional banking businesses 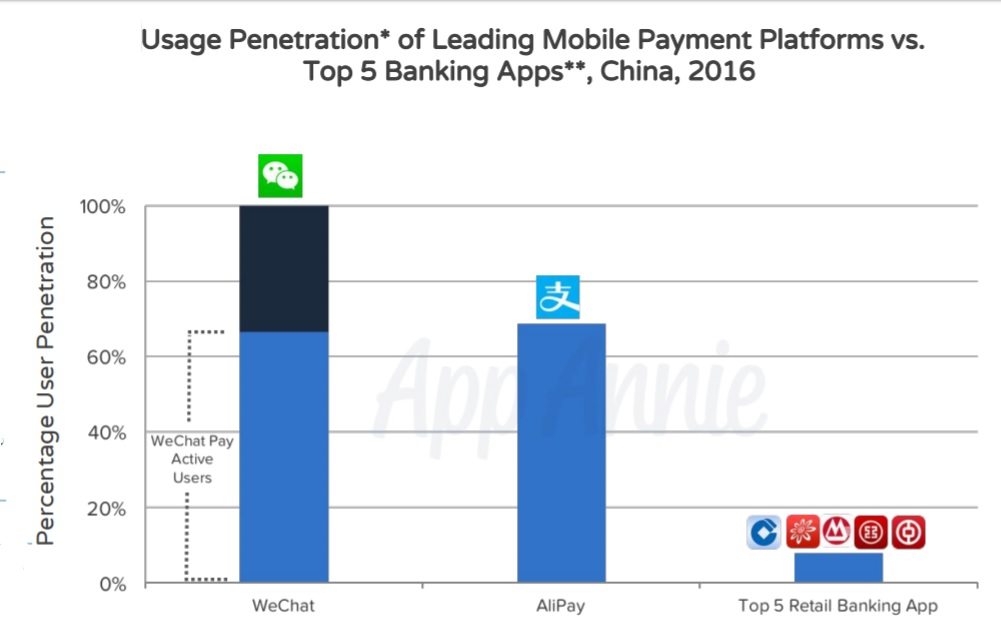 The report hence indicates that the success of both WeChat Pay and AliPay provides insight into how non-banking technology players can challenge the finance and retail banking sectors.

We may use AI to make investment decisions in future: Manish Singhal, pi Ventures