Broadcast Wearables, a Hyderabad, India based startup is changing what people are going to wear soon. The little over a year old company already has three brands in its kitty — Broadcast, Jaltee and Sygnal. Tees that can be programmed to change your slogan and image, to attire that glows at night and smart fitness T-shirts, the digital fashion startup has it all. Founded in 2015, the brain behind the startup is Ayyappa Nagubandi, a serial entrepreneur who has worked with World Bank in the past.

The crowdfunding campaign for Broadcast T-shirts on Indiegogo, raised a total of US$118,164, and was oversubscribed by 430%. Broadcast, according to the startup is the “world’s first touch enabled T-shirt,” allowing users to display any slogan and image one wants using their smartphone. Slogans and images can also be changed with a simple touch on the logo on the T-shirt. It is possible to create animations too, through the company’s website, which can be pushed to the mobile phone. Alternatively, one can view the various animations shared within the community and save one on the mobile phone.

The clothing consists of tiny LEDs that connect with the accompanying app to give complete control over what one wishes to say. The T-shirts are washable and the LED panel is waterproof. One can choose a T-shirt with the LED panel at the front of the shirt or the back. The panel has 32 columns and 30 rows — measuring 224 mm (width) X 210 mm (height) and consists of 960 LEDs, separated by 7 mm.

The downsides? Yes, there are a couple of them. The tees cannot be machine washed, and require hand washing or dry-cleaning. The other flip side is its rechargeable battery that lasts only four hours — not enough to last an entire day. The battery with a capacity of 1500 mAH is mounted on the back, which is connected with a very thin wire through the arm to the LED panel. The tees can be used by marketers in retail stores for putting across non-disruptive messages. The tees can be pre-ordered for US$69 on Indiegogo. Other early bird prices have all been teen up. Jaltee: Clothes that glow Jaltee, we can say is a Hindi word, that could be roughly translated as ‘igniting’. But, according to Broadcast Wearables, it is an acronym and each alphabet represents the name of an inspiring person who brought in revolutionary changes in the world. – Steve Jobs/Isaac Asimov/LinusTorvalds/Nikola Tesla/Thomas Edison/Albert Einstein. 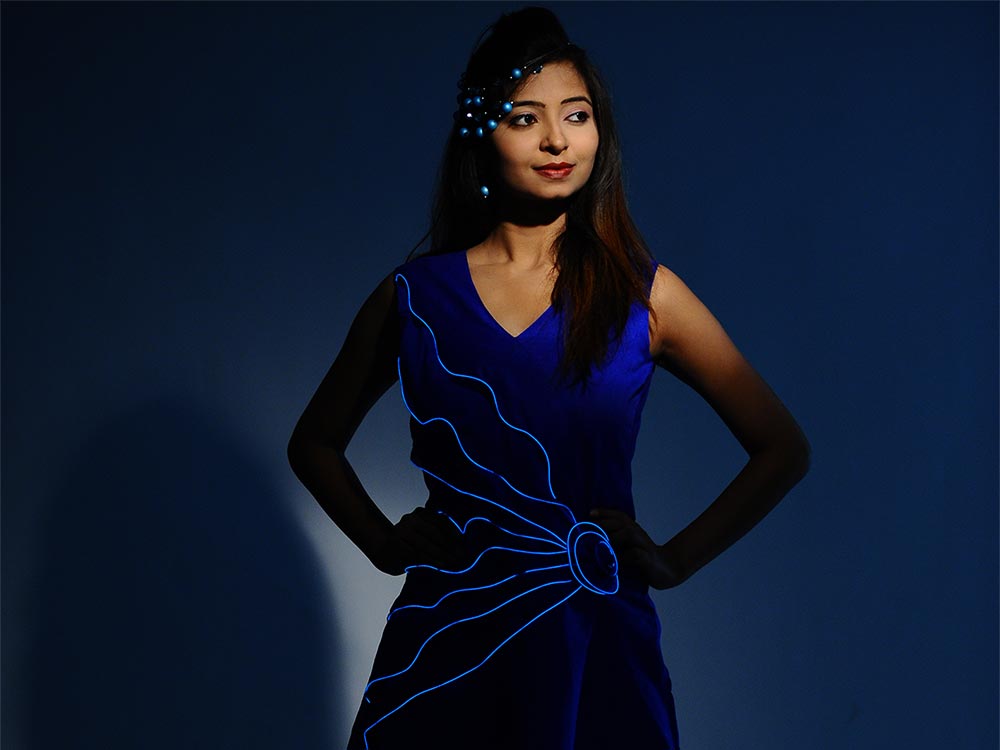 The Jaltee range consists of salwar-keameez (Indian attire for women) and jeans for women and T-shirts for men. The range consists of patterns that glow at night. Unlike Broadcast that uses LED, Jaltee uses ELD or the Electro Luminescent Display, which is created by sandwiching a layer of electroluminescent material between two layers of conductors. When current flows, the layer of material emits radiation in the form of visible light. While the men tees are priced at INR 1,700 (US$25 approx), the women range starts at INR 4,599 (US$68 approx) and goes up to INR 5,550. (US$82 approx).

The latest brand to feature on Broadcast Wearables’ product lineup is Sygnal, what the company claims is world’s first smart fitness T-Shirt with navigation. 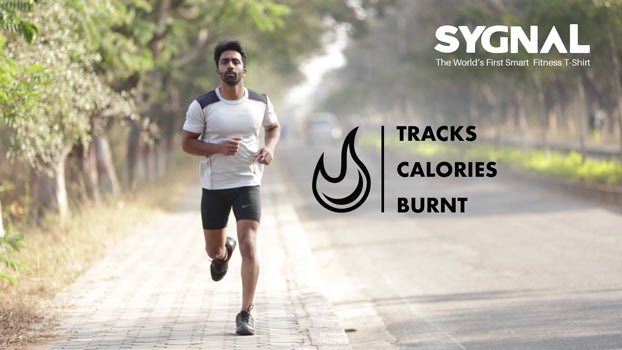 The startup is raising money for Sygnal through crowdfunding platform, Fuel A Dream. The goal is INR 500,000, of which only 6% was achieved at the time of writing the story. There are 41 days still to go for the campaign. Pre-order rewards start at INR 2,499 (US$37 approx) and go up to INR 8,686 (US$129 approx). The smart fitness tee pairs up with an app to tell the user exactly the number of steps he/she has walked, the number of floors one has climbed, and the number of calories burnt. Additionally, it also helps one navigate in and around town without having to resort to maps or the navigation on the phone. It will simply vibrate on the shoulder to tell the direction one should be going in! 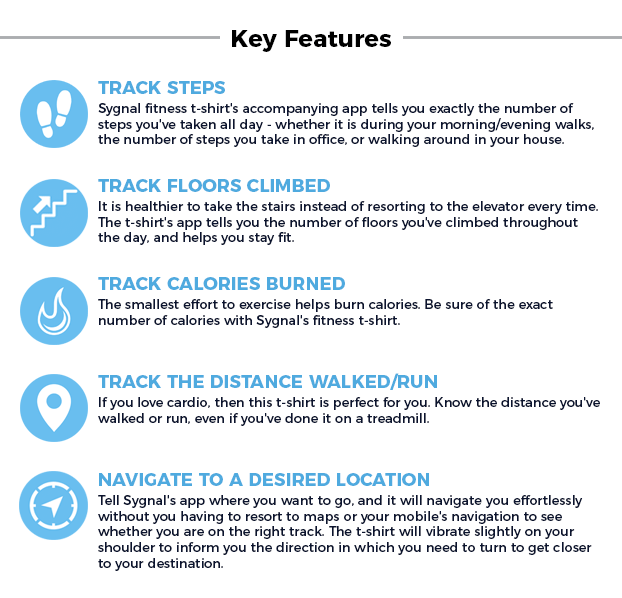 The startup hopes to ship Sygnal tees by April 2017. Unlike Broadcast tees, Synal tees can be machine washed and have a battery life of up to five days. Broadcast batteries only last up to four hours.

The company advises to not Sygnal tees through airport security as the chip will set off the alarms. What next? The company claims that a wearable mobile phone is in the works.