According to a study of more than 8,000 consumers across Brazil, China, France, Germany, India, Italy, UK and USA by consulting, technology and outsourcing service company, Capgemini, 34% consumers now see ride sharing and tap and ride services as a genuine alternative to car ownership. According to an industry report, while sales of new cars continue to grow, Capgemini states that there has been a shift in the strategy of car manufacturers which have invested in car sharing services through launches, acquisitions or partnerships, to adjust to the shifting attitudes of consumers. The company’s report called ‘Beyond the car’, states that 56% of respondents see car hailing and ride-sharing services such as Uber, Didi and BlaBlaCar as complementary to buying a new car. Furthermore, 64% of respondents aged between 18-34 see mobility services as complementary to buying a car. The same category of buyers in China are 77% and 63% in India. The significance of the investments by major manufacturers in car sharing schemes is confirmed by the fact that 66% of consumers state that car brands are an important factor in their choice of car-sharing program, indicating that these schemes could become an important part of the new car-sales cycle.

“We are currently experiencing a golden age of car sales, however it’s clear that this won’t last forever in its current form. Car brands are realizing they need to react to changing consumer habits to sustain growth,’ said Kai Grambow, Global Head of Automotive, Capgemini.

“Becoming leaders in car sharing and the broader mobility space will not just create new revenue streams for car manufacturers, but will also allow brands to raise awareness and establish a new kind of relationship with consumers as they decide on their next model to purchase.”

Fitting Technology into the mix 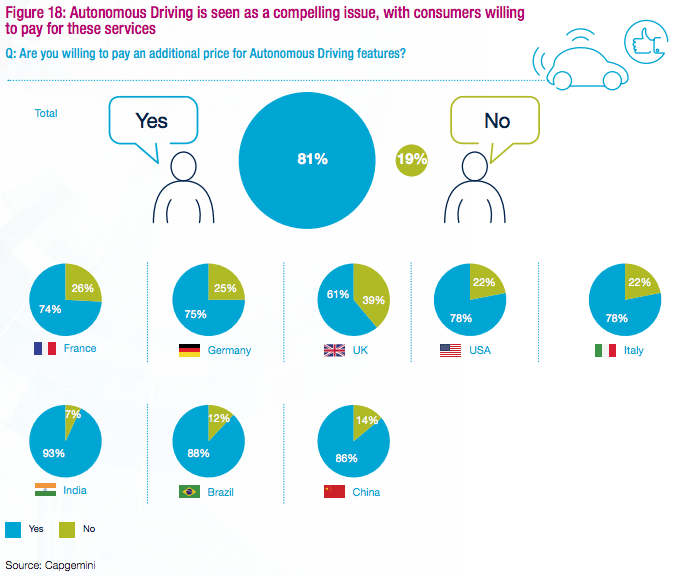 Cybersecurity is emerging as a key factor in car purchasing. About two years back, 30% of respondents were concerned about cyber security. After further high-profile hacks of automotive platforms, consumers want re-assurance from manufacturers that cars are secure, with 68% stating that the “cyber resilience” of a car would influence whether they bought it or not. 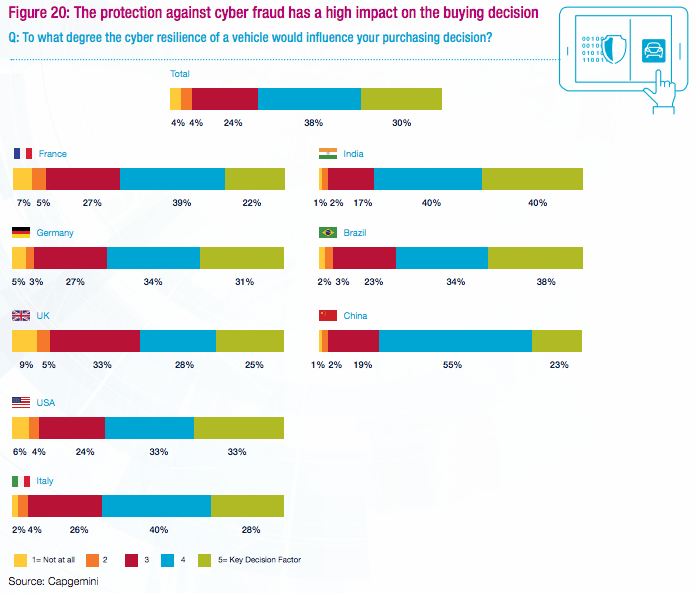 Consumer interest in buying cars from tech brands is increasing despite lack of substance. A further 18 months of rumors that Google or Apple will launch cars has seen consumer interest increase from 49% in 2015 to 57% in 2016 who are now open to buying a vehicle from a technology company such as Apple or Google.

Consumer trust of autonomous vehicles is split between established and new players. According to the report, the ‘tech’ companies have led many of the public-testing exercises for autonomous vehicles. 51% say that they would have more trust in car manufacturers producing a car with autonomous capabilities over a technology-firm produced car. Data privacy concerns are reducing as consumers embrace the connected-device model. The reports states that familiarity with other connected devices and the tradeoff between data sharing and greater personalization and better services is changing consumer attitudes to connected cars. About 89% of the consumers would be willing to share their vehicle data as compared to 80% in 2015, and 76% would share their driver data while the car is connected. 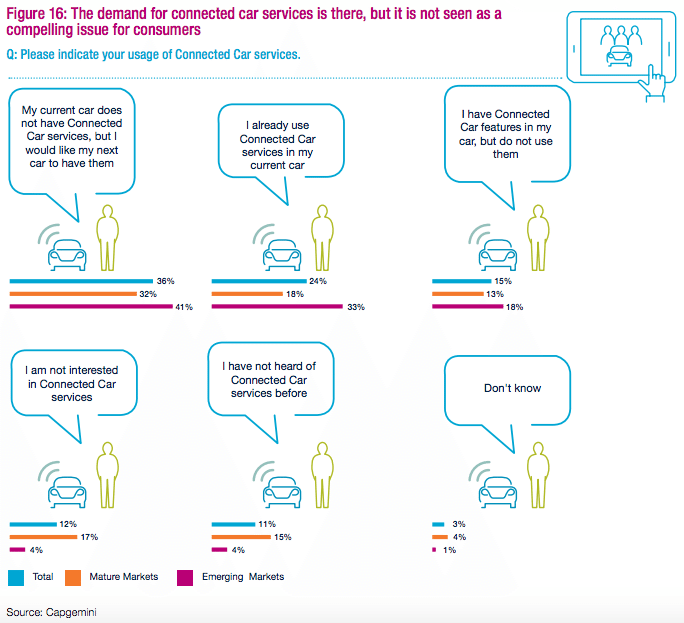 Demand for digital showrooms is challenging the traditional sales model. The report also claims that consumers are being influenced by disruptive technologies and virtual showroom launches. They are demanding alternative methods of finding information through OEMs and dealers. 62% want virtual reality vehicle presentations, 43% want live chats and 36% want video blogs from customers.