Eatfresh! Another digital food-delivery service? Yes. But it comes with a twist. Launched in August, last year, the Bengaluru (earlier Bangalore), India based online-restaurant brings a daily rotating menu curated by 5-star chefs and uses Internet of Things technology for cooking, monitoring and delivery.

By employing a hub-and-spoke model, Eatfresh has stationed a central kitchen in Bengaluru that operates about two hundred smaller hubs in the city. The hubs are equipped with chillers, grillers, and steamers, which come with IoT sensors attached that relay real-time data to the central kitchen. All the hubs can be monitored and operated remotely from the central kitchen. The food-tech company has stationed the smaller hubs in an approximate 1.8 mile radius of the delivery areas. Since Eatfresh is “particular about delivering ‘hot and fresh’ food within 30 minutes of the order,” it feels temperature and monitoring are the key. The company claims that all this is done by using customized hardware and software that it has procured from undisclosed sources and put together in-house.

Each chiller, griller and steamer has been fitted with an IoT sensor that not only can switch ‘on’ and ‘off’ the machines but can increase and decrease the temperature and maintain the right humidity level. The company procures food items and recipes that are nearing completion from different chefs all over the city every day. This semi-cooked procured food goes into the steamers and grillers at Eatfresh hubs to be fully cooked, based on real-time demand on that specific day. Once the food is in (fed-in by operational staff), the central hub applies a certain logic, which instructs the steamers and grillers to switch on at a specific time and cook the required amount of food at a specific temperature at a specific hour, depending on the frequency and delivery schedule. Once cooked, the holding docks that have data loggers installed maintain the temperature of the food until it is delivered — a process that can be monitored from the dashboard at the central hub. 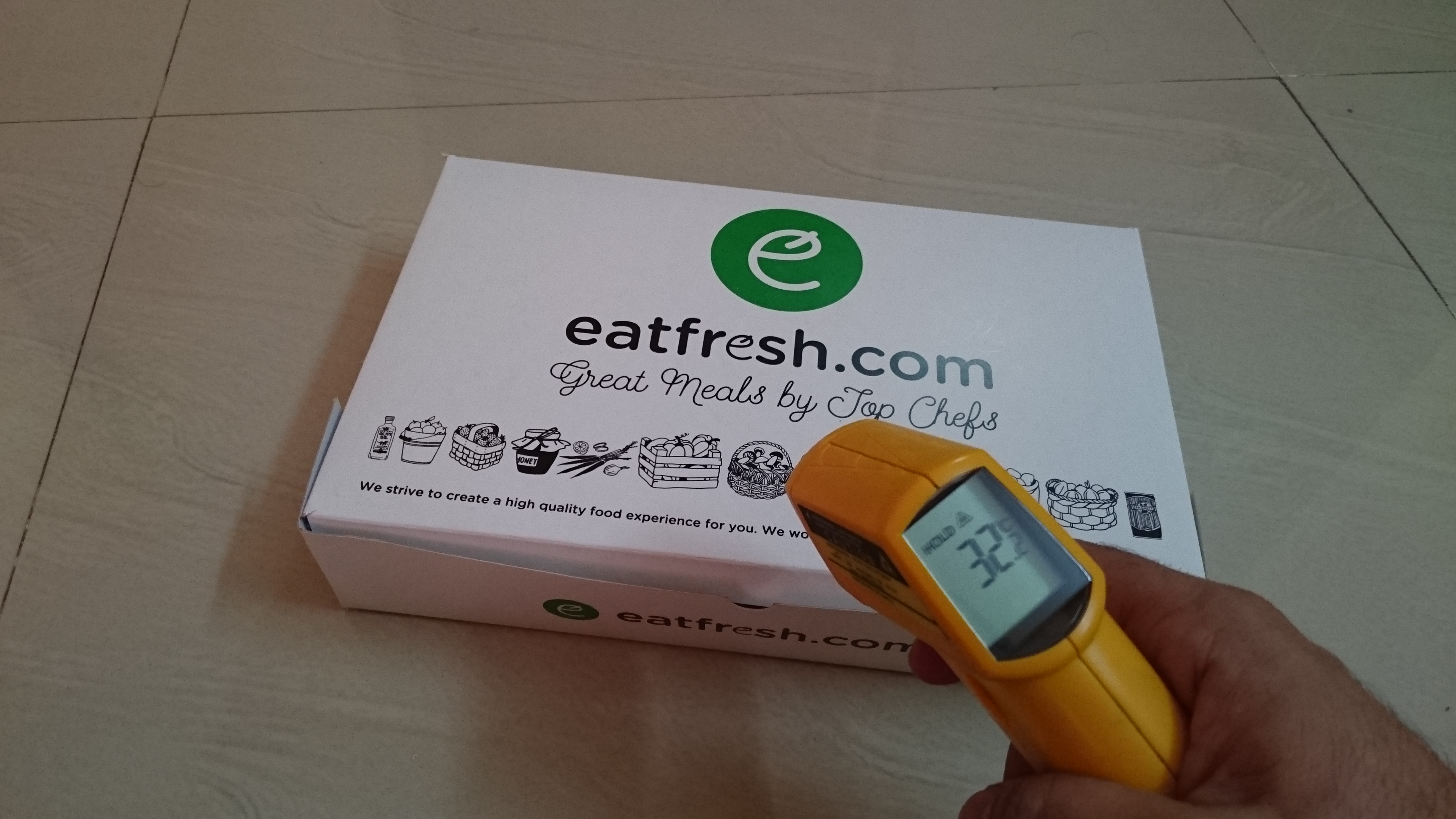 All devices can communicate in real-time over a mobile big-data enabled chip or WiFi. There about 100 transport operators under the company’s banner, and it’s planning on installing metrics that would measure the distances traveled and fuel consumed to feed into the system.

All data collected has two major uses: monitor the operations and study the trend patterns over a period of time. For example, if a steamer at a hub is supposed to be at 65 degrees, but it is at 40 degrees, the dashboard gets a malfunction alert and the hub shuts down for maintenance. The dashboard automatically re-routs the orders till the time the hub is back into action. There is also a pattern-matching algorithm too that can detect operation issues. For example, a hub could be losing out on all its steamers. There could be a high possibility of a staff member not trained enough and is opening and closing the refrigerators and steamers too often during the day, or leaving it open for more than five minutes. All this data can be tracked and allowing the company to ramp up its practices.

Of course, procurement, sales and chefs too can study this data to know what is the popular food item being ordered, in and around which hubs, in what quantity and at what time, allowing the company to plan the menu in advance.

Eatfresh claims to be using custom engineered hardware and software. The hardware is a customized sensor, though sensors are available that monitor temperature, the ones that the company uses monitors heat as well as humidity.

“We had to develop something specifically for the steamers which are heat and humidity tolerant and there is a unit outside that collects the data and sends it to the central hub, the central hub captures the data and sends it to the dashboard. About 200 of these steamers and grillers with the temperature sensitive sensors across the city and sitting in the central office you can see the functioning of each device,” says Jipy Mohanty, Chief Technology Officer, Eatfresh.

Though there is no SaaS product that Eatfresh is using per-se, the software that has been developed internally is the one that is at the back-end of the dashboard. Eatfresh has tied up with a partner in Chennai that helps it to procure the devices from the manufacturers and undergoes customization to meet the company needs. The behavior of the software and the specs of the hardware are not fiddled with and are bought from a Taiwanese manufacturer, only certain aspects are tweaked and assembled for desired results.

Excelero steps out of stealth mode with NVMesh 1.1