“We have finalized deal to acquire IoT business of netCORE in an equity deal. Gaia will get ownership of netCORE’s IoT business and netCORE will invest in Gaia,” says Sumit D Chowdhury, Founder and CEO, Gaia Smart Cities.

Founded by Chowdhury and Bipin Pradeep Kumar last year, Gaia Smart Cities aims to create a public Network as a Service (NaaS) in India for low-cost/ long-range IoT applications. Chowdhury, claims the acquisition gives Gaia about fourfold jump in number of customers. The financial details of the deal were however kept undisclosed.

“The total customer base of Gaia now reaches 32. The IoT division of netCORE including Amul, Paras, Parag Dairies, ACC Cement and many others across various segment. We have separate set of clients with whom we are involved in providing consultancy and software development for remote access of their devices,” Chowdhury adds.

Gaia also has a Command Center that monitors various events in a city which collects data generated from different sources and devices, and presents it to city administrators and businesses for different uses. It was in the news recently for working with the Delhi government on water meter project providing water bill reading on mobile phones.

With this acquisition, Gaia Smart Cities will get access to netCORE’s IoT platform for real time data capturing and analysis called Cloud4One launched in 2014. Cloud4One is a micro-controller platform that integrates with sensors to capture data like location, temperature, pressure, humidity, weight etc in real time on movable assets like trucks, cranes etc., and immovable ones like ATMs, generators, and grids. Data is then relayed to its servers for real-time analysis, providing solutions for movable asset monitoring, remote machinery data, operations and maintenance, and temperature controlled warehousing. 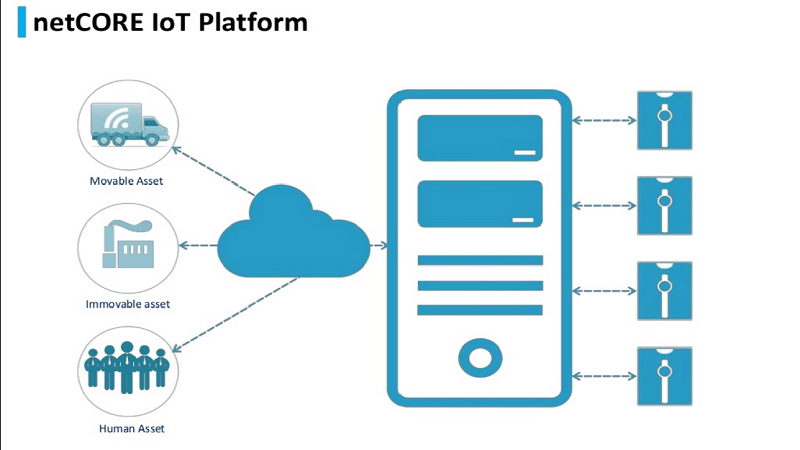