Search giant, Google, has introduced a new version of Google Earth on the web and Android. According to the company this version took two years in the making and claims to allow the users to explore learn and share their perspective. The company has introduced the Voyager, which is a showcase of interactive guided tours. Google has tied up with storytellers, scientists and nonprofits for these tours. Using this feature, the user can journey to six habitats – a part of BBC Earth Natural Treasures – can also hear from Jane Goodall about her chimpanzee research as well as listen to more than 50 stories which are going to be added weekly. 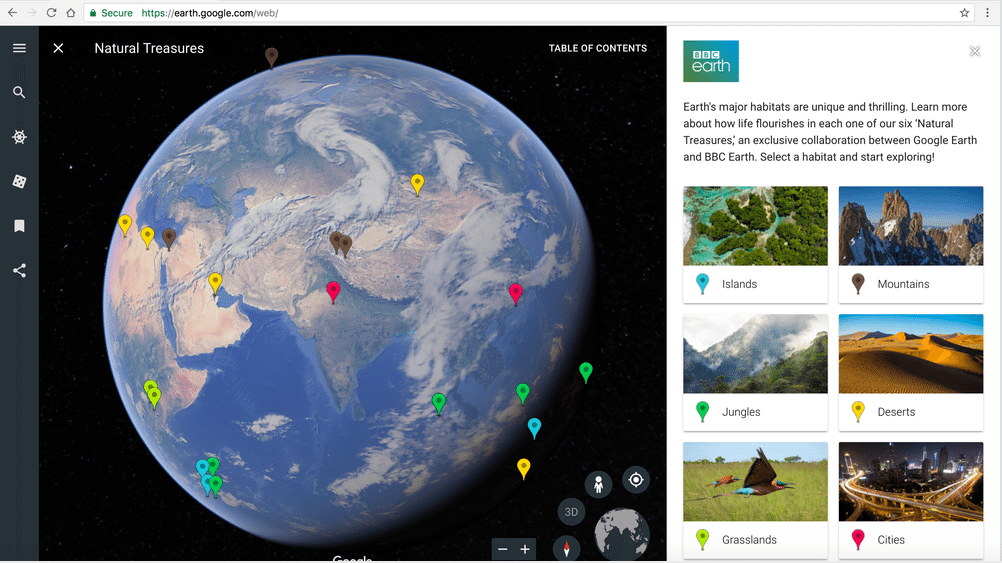 Google stats that the users can now explore and learn about anywhere with the “I’m feeling lucky,” feature in the Google Earth platform that will take the user to 20,000 different curated places. Earth has also added features like a Knowledge Card to learn history and facts about a specific place and a flip through feature that can be used to go through a stack of cards to discover related places. 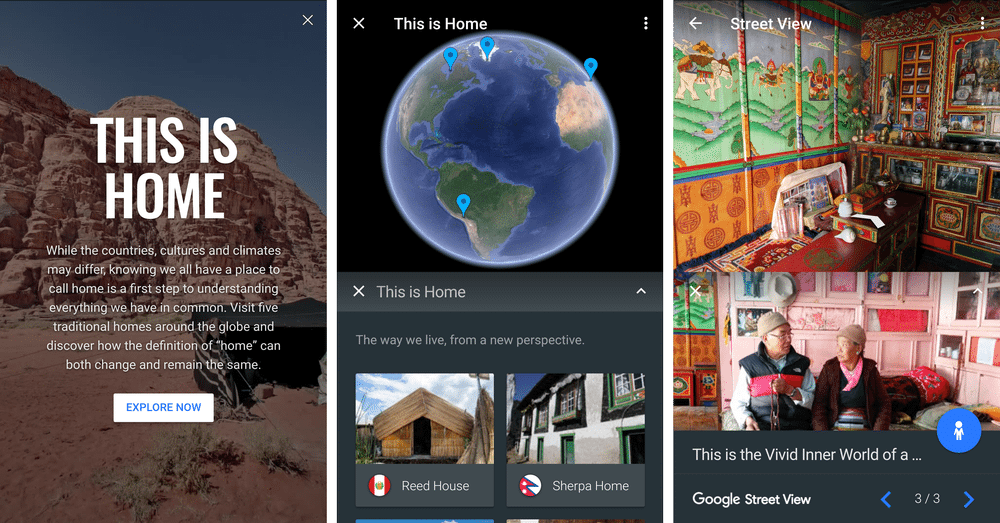 The addition of a new 3D button allows users to see any place from any angle. For example one can see geological layers by swooping around the Grand Canyon, or check out the architecture and grounds of the 500-year-old Château de Chambord in the Loire Valley in France. Google has also introduced a sharing option, which can be used to send a digital virtual postcard. One can share a Postcard of the exact view on Google Earth, on clicking the link, the recipients can jump to where the user is was virtually standing. The new Google Earth has also introduced a Voyager story called This is Home, a journey into traditional homes from cultures around the world. Currently the new Google Earth has been made available on all desktops, Chrome; and Android as it rolls out this week. Google plans to release it to iOS and other browsers in the near future. Google also launched an update to the Google Earth VR, that gives the user the ability to search using Oculus Rift with support for Oculus Touch controllers. Users can type in the name or location to visit multiple location around the globe on Google Earth. The company claims to have also added 27 locations with an in-depth 3D rendering for users to take a closer look using their VR headgear.