India’s local production of mobile phones is insufficient to overall demand in the country and most of the domestic demand for mobile phones is met through imports, states the newly launched report by Internet and Mobile Association of India (IAMAI) and Hyderabad based AI company, Enixta. The study states that India, being the second largest smartphone market in terms of users (340 million est.), is soon going to become the biggest market driver for smartphone sales in the next few years (projected at 445 million by 2020). However, currently the country has limited capabilities across the value chain activities. There is high dependency on imports for components, which has led to a sub-par localization and manufacturing ecosystem.

Having said that, the report claims that in FY 15-16 India manufactured mobile phones worth INR 54,000 crore ($8.4 billion approx.) which was an increase of 186% as compared to the previous year. Out of this, smartphones constituted over 90% of the total domestic manufacturing value worth INR 49,000 crore ($7.6 billion approx.), amounting to 110 million units produced domestically. 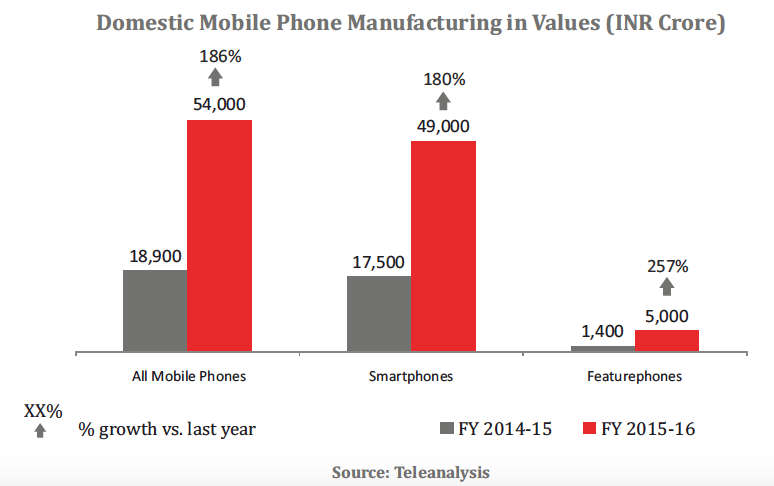 But despite recent growth in domestic manufacturing of mobiles phones and encouraging policy initiatives, the study states that much of the country’s mobile phone production is limited to assembling and packaging semi knocked down units, which has resulted in a local value addition of only 6.1% for smartphones in 2016. According to the report, after the ‘Make in India’ campaign was launched, the domestic manufacturing of mobile phones has been driven by excise duty differential on fully imported phone and some components such as batteries, chargers and accessories. However, local value addition is still limited to final assembly with major components being imported. The lack of robust manufacturing ecosystem is resulting in low local value addition. A smartphone consists of various electronics and non-electronics components. The key components in the bill of materials of a smartphone are the main electronics assemblies comprising of main board and sensor flex that contributes around 58% of the total bill of materials cost. Other components like battery, display and camera further add 30% to the total bill. Most of these high value components are imported and have zero contribution to the local manufacturing value addition. 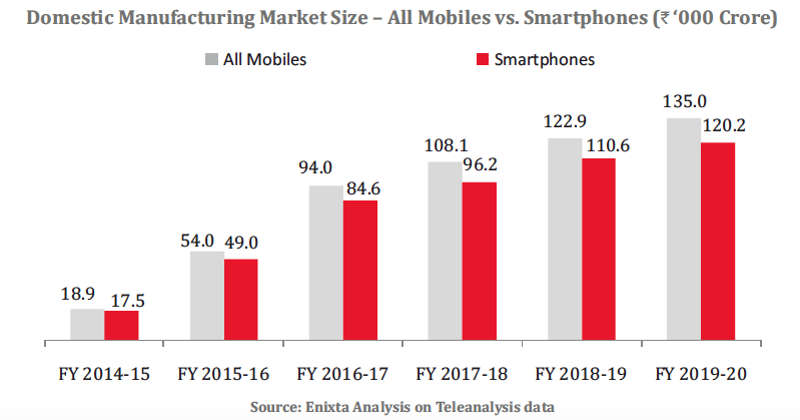 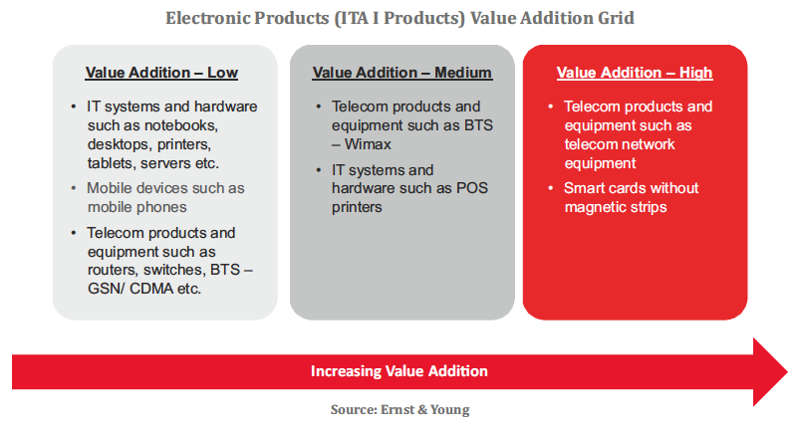 What is stopping component manufacturers to set up business in the country? Is it compliance, taxation or regulations? According to Pankaj Mohindroo, Founder and National President, Indian Cellular Association, it is mostly the procedures that are acting as a roadblock. “There is no single window to address issues which are very serious on ease of doing business. These need to be addressed if India needs to become a world leader in manufacturing.”

“Manufacturing is on the ground, feet on the street kind of operation, it is not like software. You have to account for many inspectors as its physical goods moving. Hence, the reality of ease of doing business should be addressed. We have too many departments. The US has 18 departments, we have 130 departments, which does not make sense. But still, we are somehow getting business in spite of all our weaknesses.”

The report claims that both Indian and foreign players want to tap the opportunity of domestic manufacturing of mobile phones in India. Despite the initial enthusiasm along with policy level initiatives, the industry still faces challenges such as global competition, nascent state of domestic capabilities and weak infrastructure. The study suggests that the need of the hour is a strong domestic mobile manufacturing hub in India, as it promises great benefits for the socio-economic well being of the nation in the digitalized era. The report has identified challenges that are being faced by the domestic manufacturing industry; emerging manufacturing eco-system only limited to last mile assembly activities; low scale of operations; there is not enough relevant skilled workforce; high overall cost of finance as the cost of borrowed capital is 12%-14% as compared to global average of 5%-8%; need of clarity on the duty differentials under the GST regime; infrastructure such as roads, power logistics is a concern; ease of doing business is low as there are scores of compliance and regulations that act as a detrimental impact on the business sentiment. 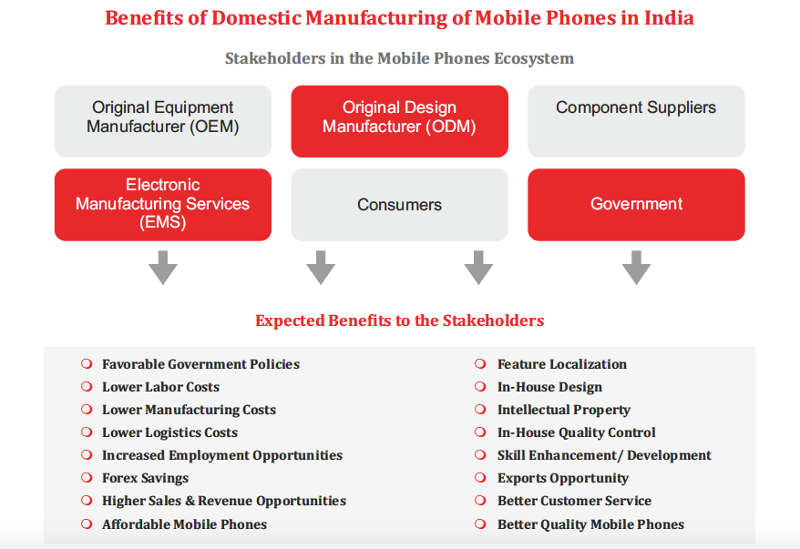 However, the study also lists down recommendations and a roadmap for development of a robust domestic mobile phone manufacturing in India, which it states can be be established in three phases: