Advertising technology company for developing mobile ad-serving platfroms in India, Kratos, claims to have launched a first of its kind service for app developers to monetize their applications in India called Kuberplay. Launched as an SDK-based service, Kuberplay offers a solution for app developers to monetize their applications, retain users and enhance consumer experience by empowering mobile users who choose to watch videos, subscribe to services, install applications and participate in other types of advertisements.

Kuberplay will help app developers monetize their app, especially for the customers who access only the free component of the app, desire the complete app but are unable to buy the app because they are expensive. Kratos claims that the global purchase of in-app purchase is only 2 per cent; through Kuberplay this can increase up to 10 per cent, helping them towards financially viable business models. By integrating Kuberplay into their app, the revenue of an App Developer in consumer premium space can increase by 25 to 30 per cent. 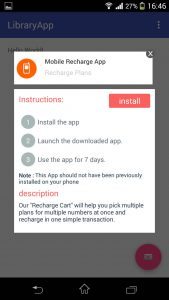 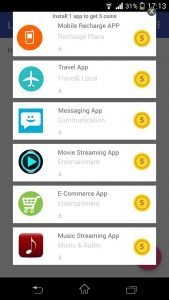 The developer integrates Kuberplay to his app, and while customers are using the app, it will display a list of app download offers with a fixed gratification against each offer. For example If a customer is playing the free version of a game, or listening to the free song of a movie app, then on downloading and installing an app from the Kuberplay’s offer wall, the customer will get virtual coins or give user access to the paid version of the game or one more premium song or film.     Upal Pradhan, Founder and CEO, Kratos, says, “Kuberplay, will change the game for app developers, and this will be the impetus for an evolution in mobile app development. The mobile has become a part of individual’s life management, and there is considerable development happening and possible through creation of new apps. We are happy to contribute towards this, as it will unleash the creativity and innovation, that earlier faced the challenge of monetization.” According to reports from Deloitte Technology, Media & Telecommunications – India Predictions 2016 and Apps India 2015, India has the second largest Android developer community with 300,000 app developers and the average mobile app usage in India growing by 131 per cent. The app development has created about 75,000 direct jobs in India, and has the potential to reach 600,000 over a period of time. However, monetization of app development remains a challenge as more than 70 per cent of app developers close shop because of inability to monetize their apps.