Open source marketing automation platform Mautic that helps enterprises and agencies gain customer intelligence, has announced the raise of $5 million in a Series A funding led by G20 Ventures and Underscore.VC. Both the venture firms had also led Mautic’s seed funding for $600,000, earlier in June. The capital, says the company, will be used to further build out its engineering team and grow its product suite. It will also invest in broadening support for its growing customer base and programs for the Mautic open source community. Bill Wiberg, Co-founder, G20 Ventures believes that although the marketing automation market is massive, there still exists a real lack of innovation in the enterprise segment of this space in recent years. He also said, “Mautic’s open source approach has enabled them (enterprises) to rapidly mature an enterprise-grade solution, and leap ahead of the incumbents in terms of functionality and pace of innovation.” Additionally, Mautic has also announced the appointment of Matt Johnston–currently the Chief Marketing and Strategy Officer at Applause–to its core management team as the CEO. The Boston-based company has not revealed the exact date when but according to a statement, it will have Johnston chair the position of the chief, around the end of this year. David Hurley, Co-founder and CTO, Mautic, commented:

“Adding Matt, with his track record of growing community-driven startups into major disruptive forces, is a great win for Mautic. We’ve connected seamlessly about Mautic’s vision, and have a shared philosophy for building a great company around an already-strong product and community.”

While, Johnston who has over 15 years of experience in marketing stated, “I’ve seen first-hand the high cost and operational pain of marketing automation.”

“After meeting David (Hurley) and getting introduced to Mautic, I was blown away by the maturity of the current product, the expansive vision for future products, and the rapid pace with which that vision is becoming reality ahead of the competition,” Johnston added.

Underscore.VC, which is co-founded by Michael Skok, a former general partner at North Bridge Venture Partners, in fact had debuted as an independent venture firm with the seed funds in Mautic. On its second, Skok, said: “We’ve invested in and seen the disruptive power of open source projects first hand. The combination of David and Matt, plus the size, growth potential, and stickiness of the marketing automation space, powered by a strong open source community, is a great recipe for success.” 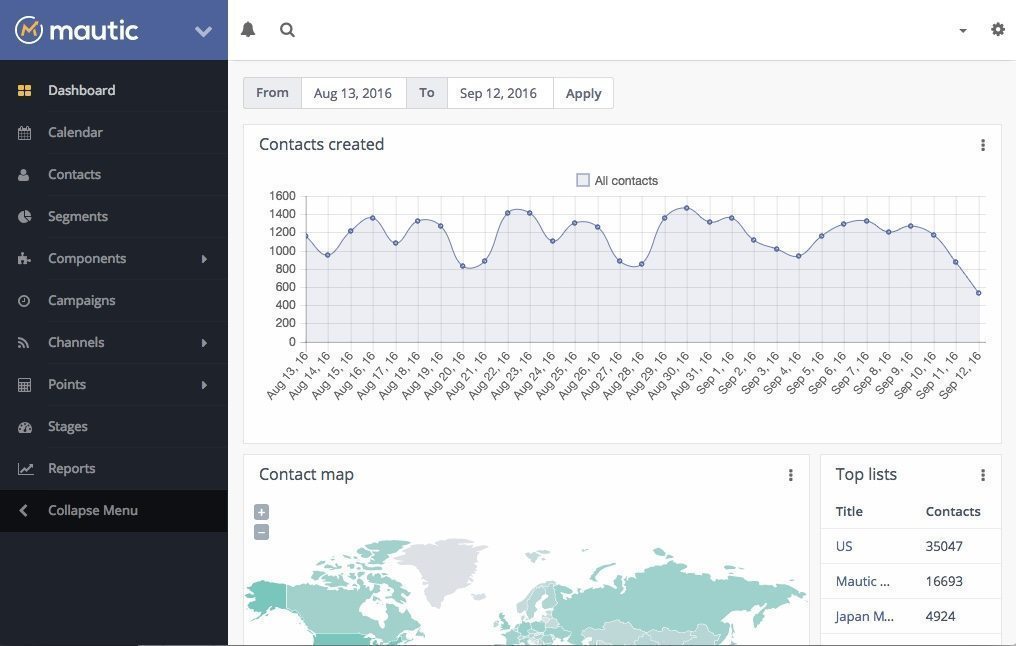 The funding comes on the heels of the July product launch of Mautic Cloud 2.0, which is reportedly a leap forward for the two-year old open source project. Apparently it also assists Mautic to meet the growing demands of enterprises and marketing agencies in enabling companies to market faster. Bundled as solutions, it offers Contact Management, Customer Lifecycle Management, Multi-channel Marketing coupled with reports and dashboards. In conjunction, Mautic is underway another beta project, Maestro to manage, analyze and optimize digital marketing for clients. In today’s date, Mautic shares market competition with companies like Marketo and Oracle’s Eloqua. It also vouches to serve over 20,000 organizations using the free hosted version of its enterprise software with more than 50,000 downloads of the open source version.