All you Super Bowl fans out there, no matter how much you know about the game, have you ever wondered what space and football can have in common? You might think I might picked up the wrong things to compare. But NASA, yes the space exploration agency, has listed down 10 facts that draw startling connections between the two. Here goes the list:

1. The International Space Station (ISS) and a football field are almost the same size 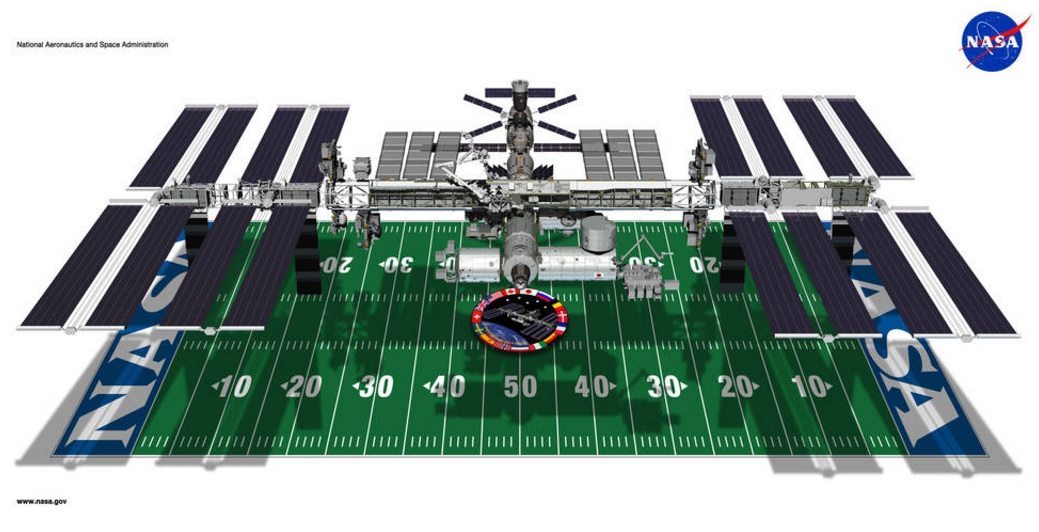 Surprised? The International Space Station measures 357 feet end-to-end. That’s almost equivalent to the length of a football field including the end zones (360 feet).

2. The Orion spacecraft can fit over 4,000 footballs 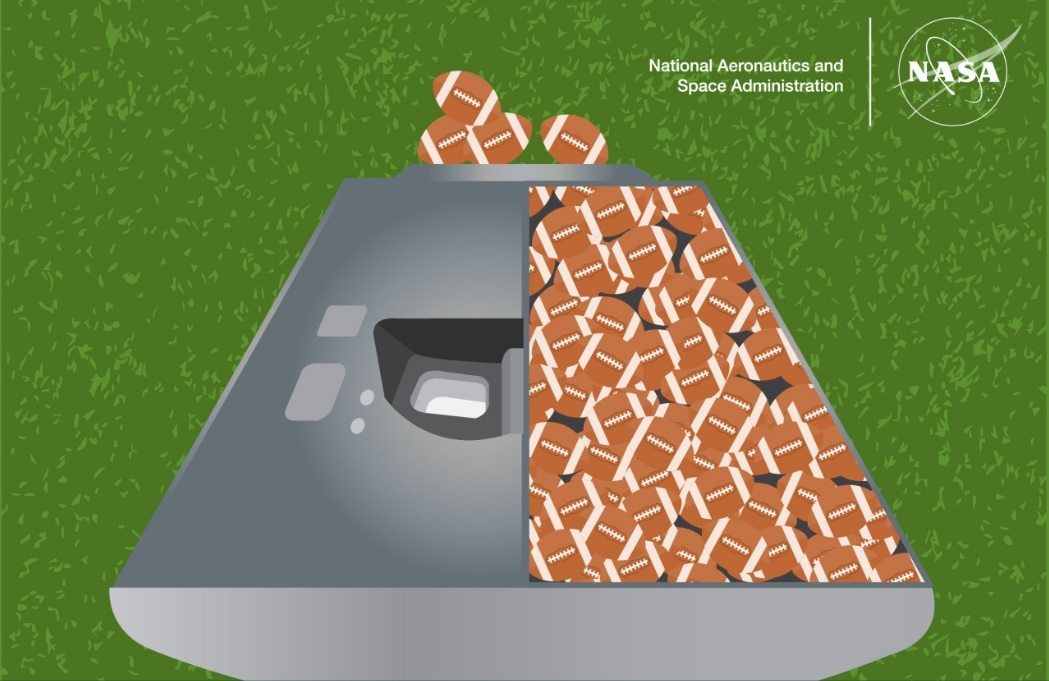 NASA is working hard to equip the Orion spacecraft to carry astronauts to deep space destinations like Mars. It claims to soon launch the most powerful rocket ever built, the Space Launch System rocket. Now instead of filling the spacecraft with astronauts, if you suddenly decide (I don’t know why) to fill it with footballs, you might discover a storage house for 4,625 footballs! 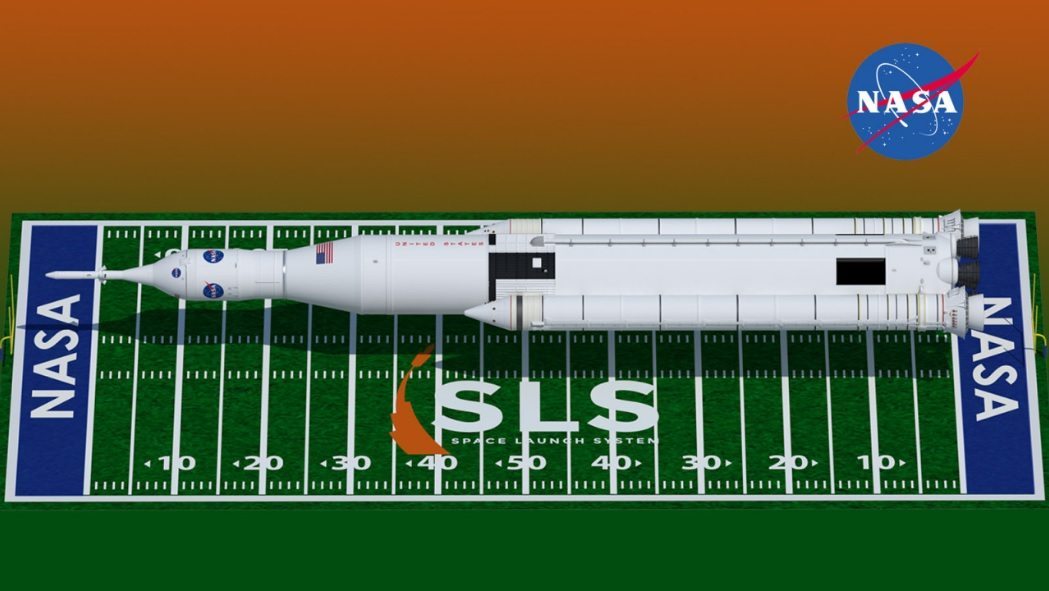 For the curious minds, NASA’s Space Launch System, or SLS, is their latest advanced launch vehicle (also believed to be the most powerful one) to explore beyond Earth’s orbit into deep space. At its full height, it will stand 384 feet – 24 feet taller than a football field is long.

4. The crew living on ISS will see the day begin and end twice during the Super Bowl 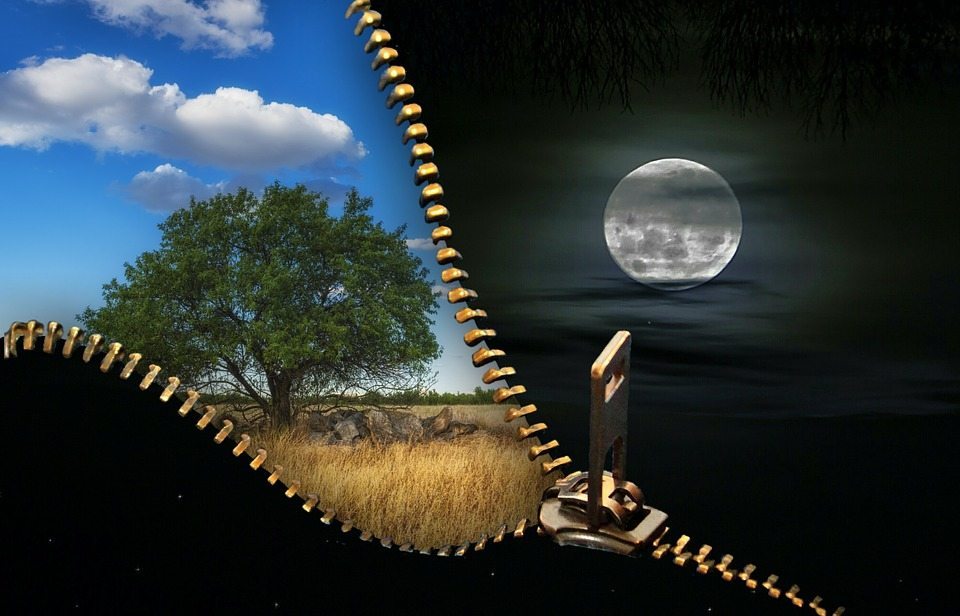 An average NFL (National Footbal League) game lasts more than three hours. Traveling at 17,500 mph, the crew on the space station will see two sunrises and two sunsets in that time. That’s still less compared to the 16 sunrises and sunsets they see each day!

5. Playing football on Mars would be lighter 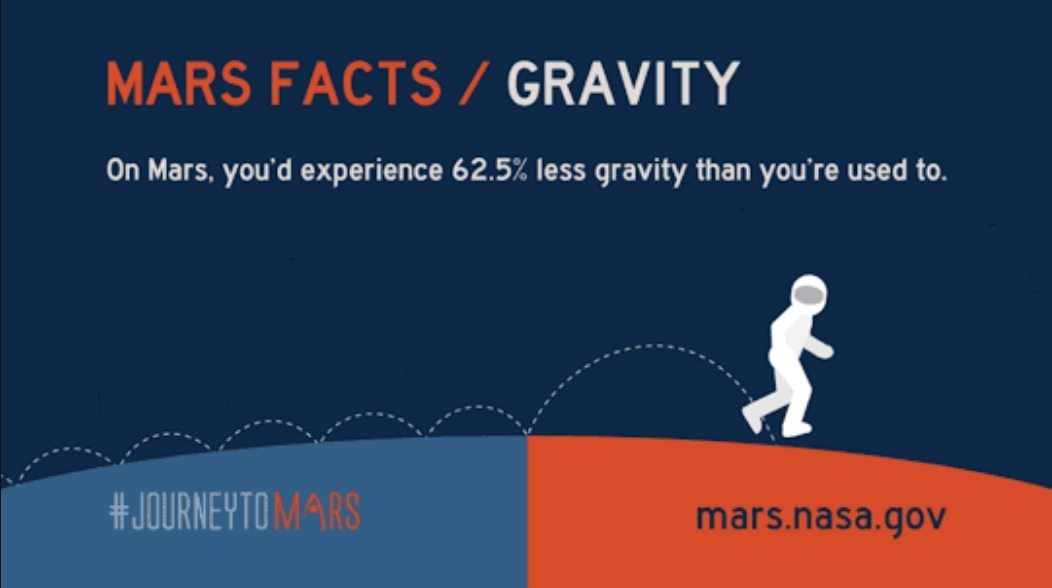 On Mars, a football would weigh less than half a pound, while a 200-pound football player would weigh just about 75 pounds. 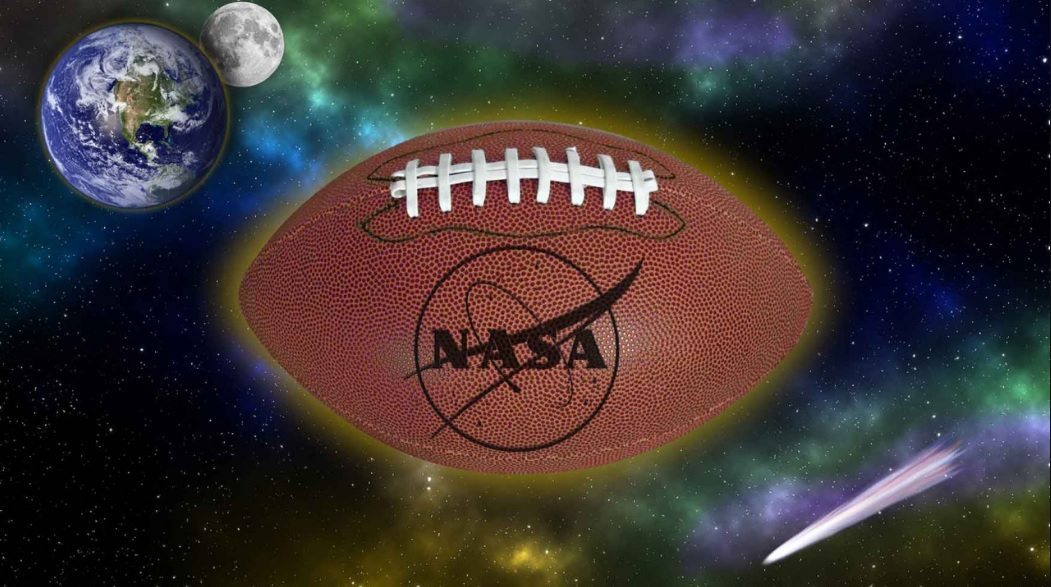 NASA claims that if you threw a football to the moon at 60 mph, which happens to be the average speed of an NFL pass, it would take 3,982 hours, or 166 days, to get there. The New Horizons probe was the fastest to reach the moon from Earth, which zipped pass the moon in just 8 hours 35 minutes on its way to Pluto.

7. You can make the longest field goal kick in history without much efforts on Mars 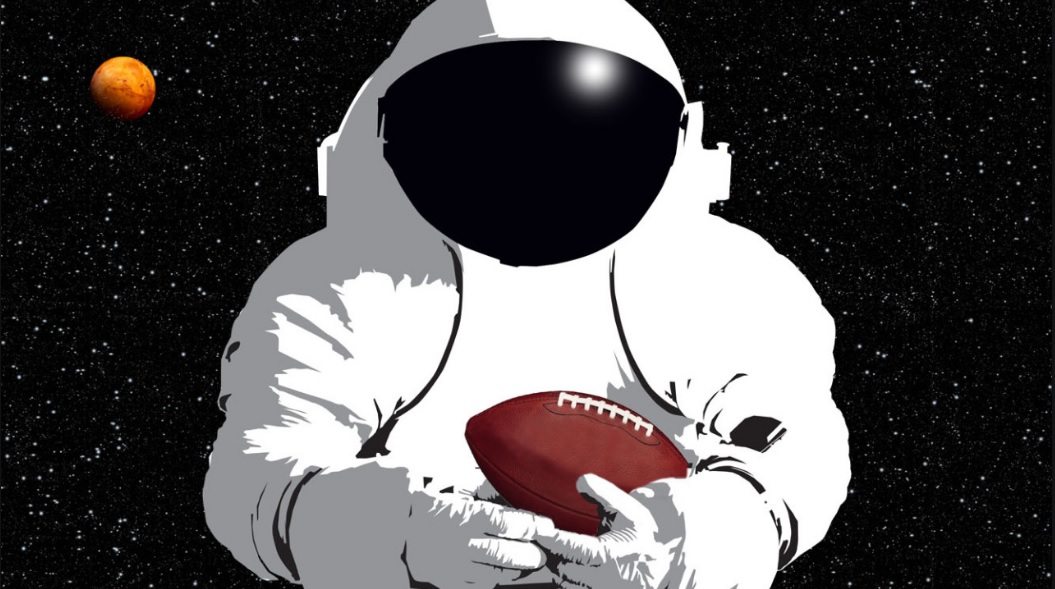 NFL has recorded the longest field goal kick in history to be 64 yards. On Mars, at 1/3 the gravity of Earth, that same field goal, ignoring air resistance, can be made from almost two football fields away (192 yards).

8. A quarterback would be able to throw even further on Mars 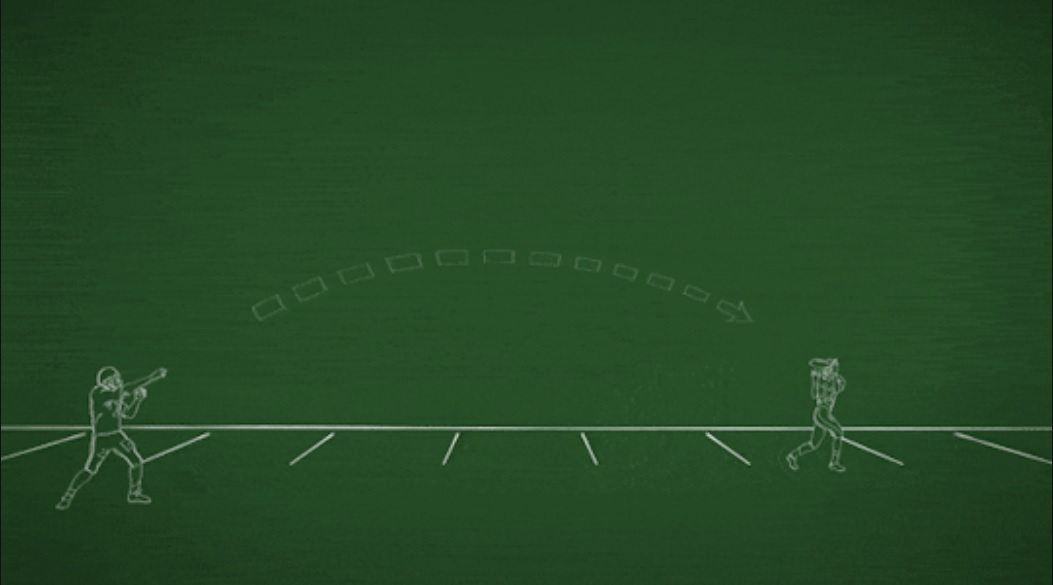 Due to the lack of aerodynamic drag on Mars because of a very thin atmosphere and low gravity to drag the ball down, a quarterback could throw the football three times as far as he could on Earth. This means the receiver would have to be much further down the field to catch the throw.

9. Football players and astronauts both need to exercise every day 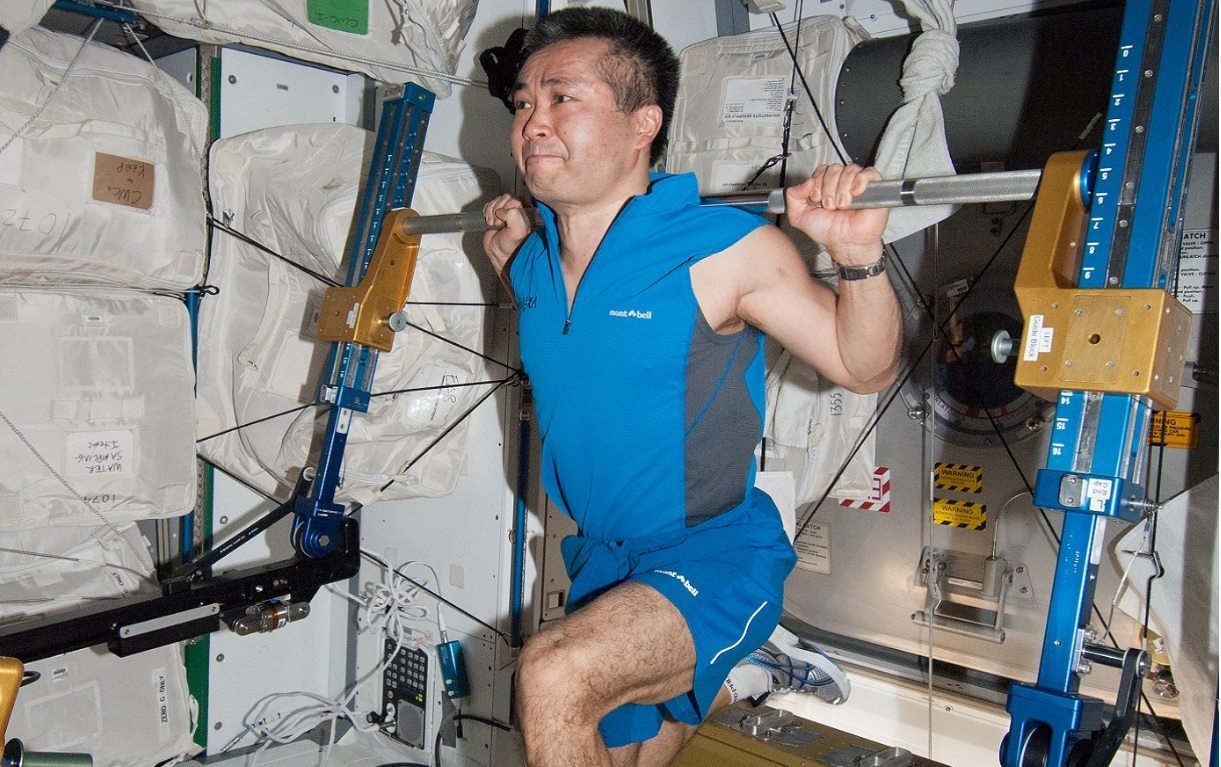 Umm…that’s a known fact. Fitness is important for both footballers and astronauts given the nature of their activity. But what you might not know is that if astronauts don’t hone their muscles to keep up their strength and conditioning, they will lose bone and muscle mass.

10. Clear team communication is important for both

Calling plays and relaying information without any flaw, from coaches on the sidelines or in the booth to players on the field is essential for a football team. Likewise, relay of reliable communication with astronauts in space and robotic spacecraft out there in the solar system is vital to execute a successful space mission.

Team Indus' crowdfunding campaign promises your name on the Moon