Telecommunications company Nokia has announced to extend its application of Mobile Edge Computing (MEC) to enable enterprises churn out maximum benefits from applications using low latency, business-critical mobile broadband networks to satisfy all their communications needs, enhance operations and reduce costs. According to the company, its MEC platform will “extend the possibilities of the connected world to myriad enterprises” such as warehouses, factories, transportation hubs, campuses and hospitals, connecting personnel and automating workflows. 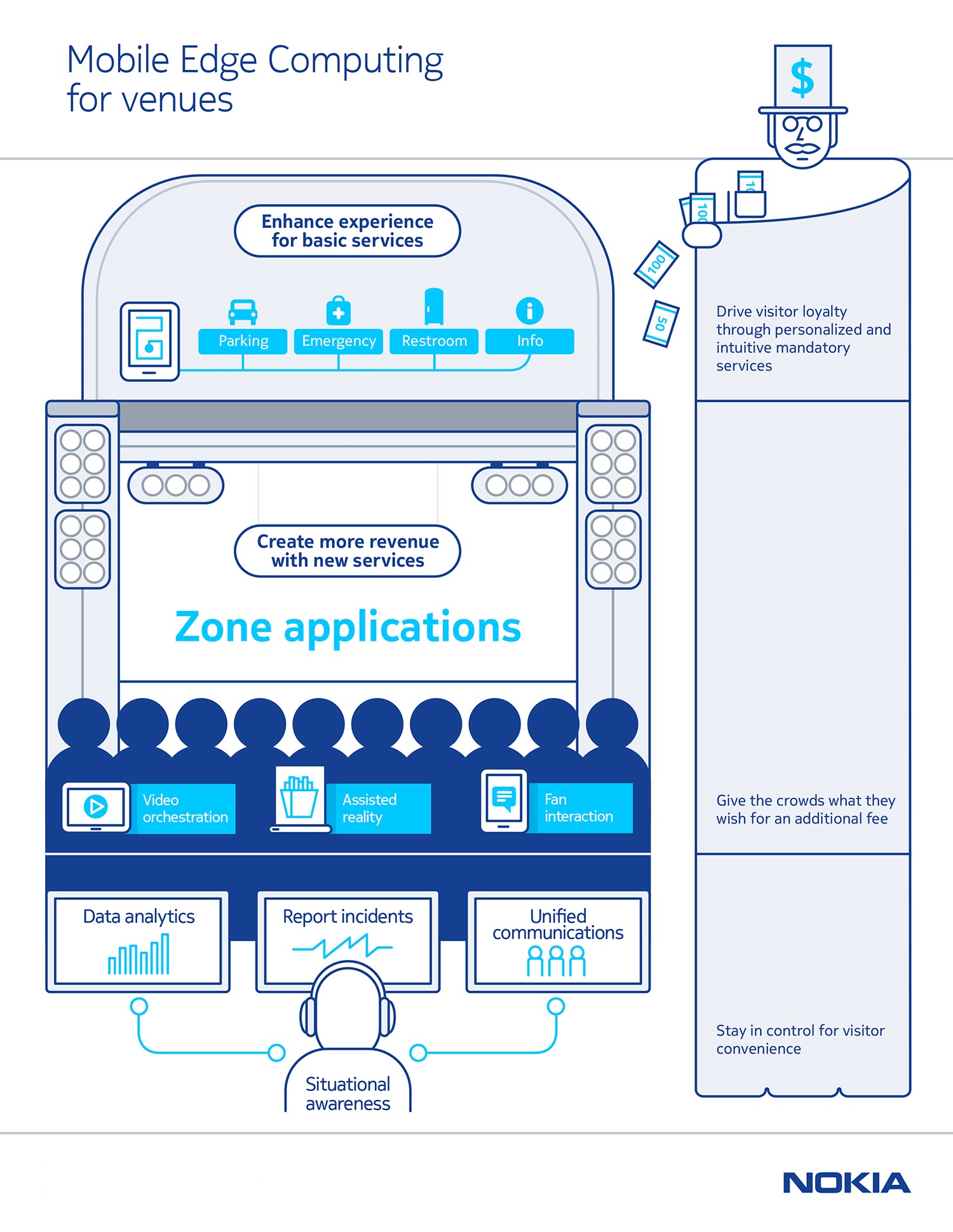 Nokia plans to first provide connectivity to networks using MEC to process data closer to end users, in conjunction with any combination of small cells and macro base stations. The company will initially enable connectivity over existing licensed LTE spectrum, working together with operators to transform portions of their 4G networks into discrete private LTE networks. It will also enable connectivity for Wi-Fi networks via its ‘Wi-Fi Controller as a Service offer’. The company has also revealed plans to leverage LTE in the unlicensed spectrum using its MulteFire technology that can be deployed by operators, cable companies, ISPs, building owners and enterprises.