Haptik, a personal assistant app and conversational commerce platform, today launched version 5.0 of the app. Powered by a combination of machines and humans, the chat-based app aims to help users perform daily tasks as well as facilitate multiple end-to-end transactions on a single platform. According to the company, Haptik 5.0 represents the culmination of learnings from over 2 million users and is almost a relaunch that company has been working on for close to 6 months.

One of the key new features of Haptik 5.0 is the in-built SmartWallet that would allow users to complete commercial transactions with a single tap without having to leave the chat interface. The new version also features an expanded partner ecosystem of over 25 category-leading brands across segments to include Uber, Zomato, BookMyShow, Goibibo, Cleartrip, and UrbanClap among others. 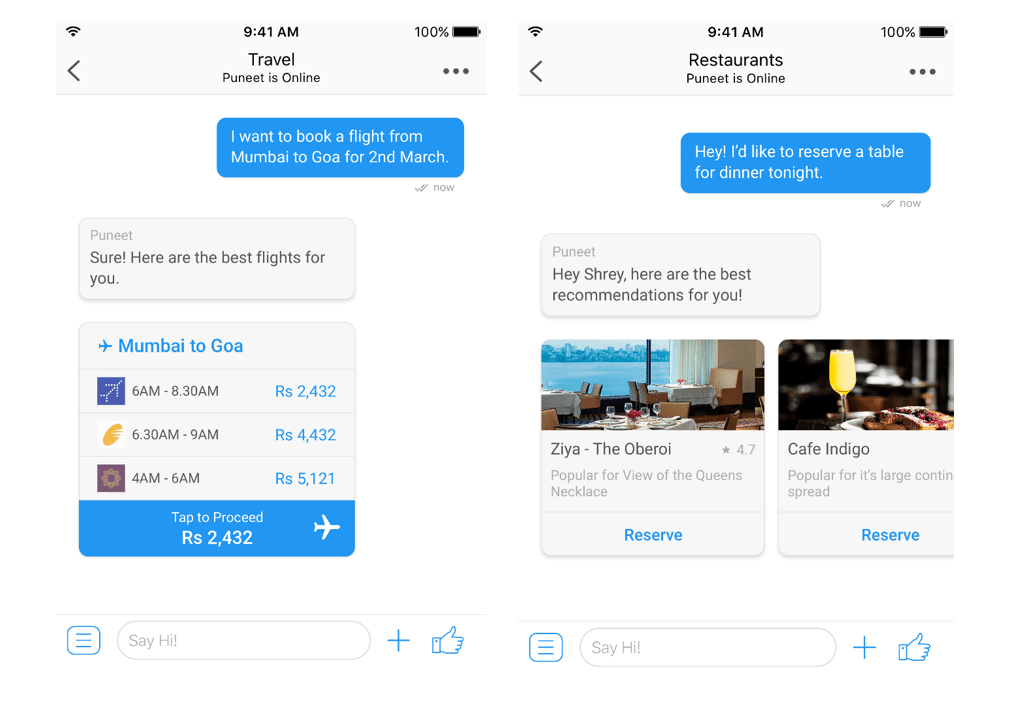 “Conversational Commerce and Chatbots have been the trending topics for a better part of 2016 and we believe that it is all the more relevant for the Indian market which is very different when compared to other developed or emerging markets. With Indians spending 75% of their time on smartphones on a text or chat interface, it has been our endeavor to improve that experience by leveraging technologies such as artificial intelligence and machine learning.”

“Haptik 5.0 is a culmination of these elements which coupled with an ecosystem of category-leading service partners and a new built-in wallet will make it a one-of-its kind app in India,” Vaish added. Haptik processes requests for a wide range of services that includes travel bookings, movie tickets, cabs, restaurant reservation, repair services, and many other services. Another popular feature is reminders, where users actually receive an automated call for day-to-day activities and chores. As of today, Haptik has reportedly bagged an average rating of 4.55 on Google Play with over 75,000 reviews.

Stuck in traffic? Grab can fly you over it