MapmyIndia, a manufacturer of GPS and in-dash vehicle devices for navigation using maps has launched a GPS tracking device, Rover Bike. Primarily made for motorbikes, the tracking device that looks like a small box allows users to keep a track of their vehicle’s whereabouts in real-time via a mobile app, email and SMS.

“You get Live locations of your motorbike on a map, down to building-level detail, with direction as well as speed. Your drives are continuously and securely monitored and recorded. They also get the option of the animated replay of their previous rides,” MapmyIndia stated.

According to the company website, the Rover Bike is a discreet motorcycle tracker that once fitted into the bike, lets the user see where it is through on a secure portal. It not only gives live location based updates, but also provides alerts on useful information such as ignition on/off, over-speeding, idling, breach of geo-fence, servicing, pollution or insurance expiry dates via mobile app, emails and SMS. It also provides the option of animated replay of the previous rides. 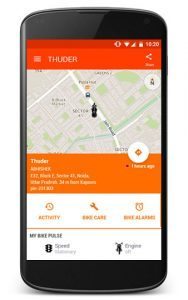 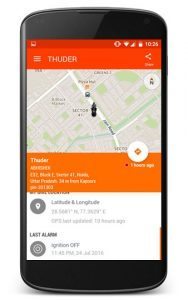 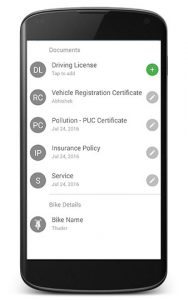 MapmyIndia states that users can also store important documents electronically in their app such as Driving License, Registration Certificate, Insurance Policy and Pollution Certificate for Rover to remember. Rover also ensures expected time of arrival at a particular destination, turn by turn directions when the bike is away, sharing current location of the vehicle, and monitors multiple bike locations and movements on the map.