In a move to “help organizations better understand how the world moves”, Google has acquired Urban Engines, a data analytics startup for urban planning. With this acquisition, the Urban Engines team will be joining the Google Maps team. Financial terms of the deal were not disclosed. Founded in 2014, Urban Engines has been is mapping the “Internet of Moving Things,” collecting location-based data. They then leverage big data and spatial analytics to help governments and organizations around the globe improve transportation and urban mobility. 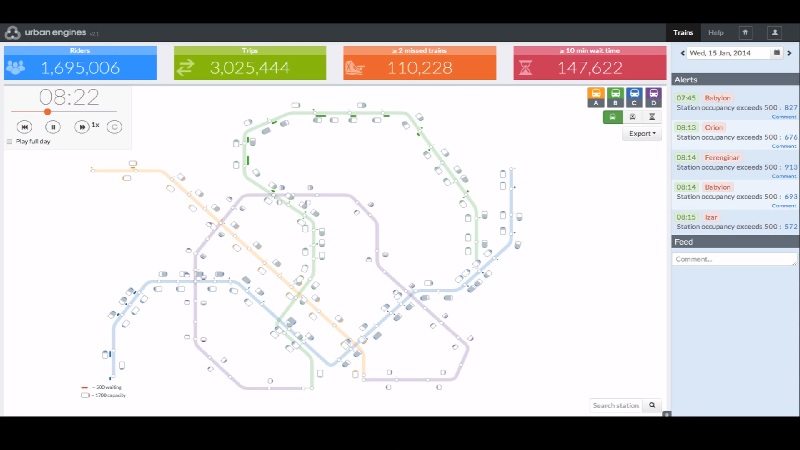 “With the rapid growth in sensors (GPS, beacons, etc.) on smartphones and cars and transit, we are now truly in the age of Internet of Moving Things. The potential to improve the lives of millions of commuters, by learning from commuting behavior patterns, reshaping congestion and creating new consumer services in each minute-mile is incredible,” Urban Engine stated in the blogpost.

The startup has also unveiled the possibility of it coming up with an urban OS soon, which it describes as an intelligent software overlay for our real world. This can act as a boon for corporations as they can plan better trips and routes, aid city planning by anticipating and preparing for heavy traffic events, and for consumers to choose the shortest routes and cut down their everyday commuting hours.

“Location analytics is an important focus for both Urban Engines and Google, and we’re excited to combine forces to help organizations better understand how the world moves. There’s a lot we look forward to building together, and we can’t wait to show you what’s next,” read the blogpost.

The acquisition is a homecoming for Shiva Shivakumar, CEO and Co-Founder, Urban Engines, who previously served as an engineer at Google for nearly a decade. Investors in Urban Engines included Andreessen Horowitz, Greylock Partners, and Samsung Ventures.