A couple of weeks back Facebook had announced that it is launching a video app for TV and there were speculations that it might make YouTube uncomfortable. Well, it seems the video-sharing giant is a couple of paces ahead as it announced the launch of YouTube TV – a $35 a month subscription service that streams a range of premium broadcast channels and cable networks to mobile, tablet, PC and devices with Chromecast enabled. Unfortunately, the services are being launched in the largest US markets first and will soon be covering more geographies, according to an official YouTube blog. The company also states that the service will be provided through a standalone application that is different from its ad-free subscription service that it launched last year called YouTube Red. The company stated that the service will allow an individual user to have six membership accounts and can stream three concurrent shows at a single time. Every account will have its own unique recommendations and a personal cloud DVR that can record shows for a period of nine months (like a TiVo) but will have unlimited storage. According to Google, the cloud storage allows YouTube TV to be accessed at any time on any device (considering compatibility of Chormecast for flat-screens) without using any space on any mobile device. With YouTube TV, the company will be competing with a host of other similar web TV services like At&T Direct TV Now, Sony Play Station Veu, Dish Sling TV, Hulu, HBO Go, among others. Christian Oestlien, Product Management Director, YouTube said, “It’s live TV designed for the YouTube generation—those who want to watch what they want, when they want, how they want, without commitments. To do this, we’ve worked closely with our network and affiliate partners to evolve TV for the way we watch today.” YouTube claims that it will offer a mix of 40 channels that include big broadcast networks, regional sports networks and popular cable networks. According to a few media sources, these channels are called ‘skinny-bundles’ and include the channels that user watches regularly, devoid of any spillovers. 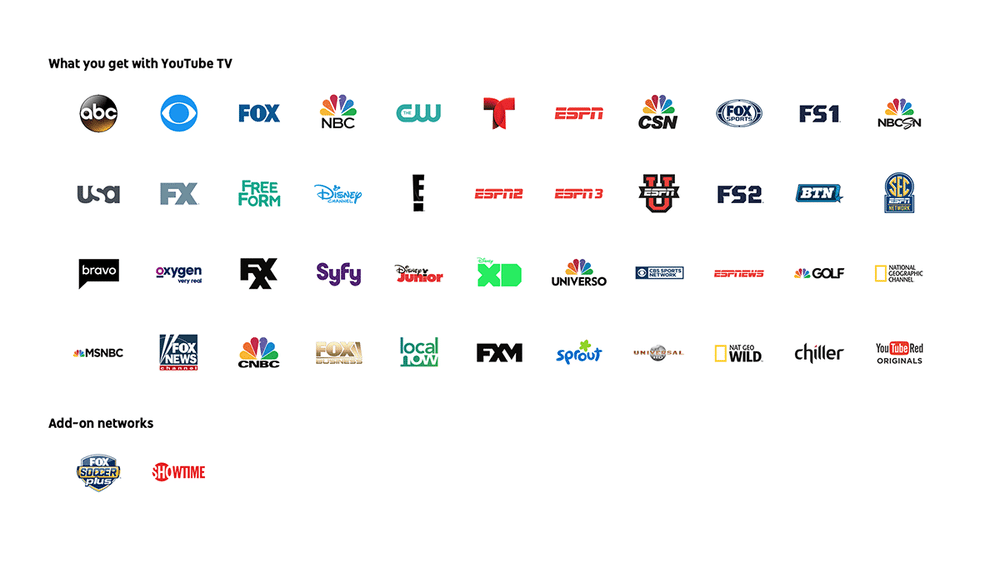