No, this is not an April Fools Day prank, it is for real. Ecommerce giant, Amazon, has tied up with affiliate partner iPrice Group exclusively to publish the first screenshots of what will become its Singapore and Malaysia websites by the end of this year. The company has officially announced that it is going to launch Amazon.sg and Amazon.my ecommerce websites later in 2017, offering the same services that it provides the world over. According to the company, both Malaysians and Singaporeans will be able to order products, procure products from the US stores, and avail the same day delivery options that the ecommerce giant offers world over. The company also plans to launch its website in Thailand, Indonesia, Vietnam and Philippines later this year. 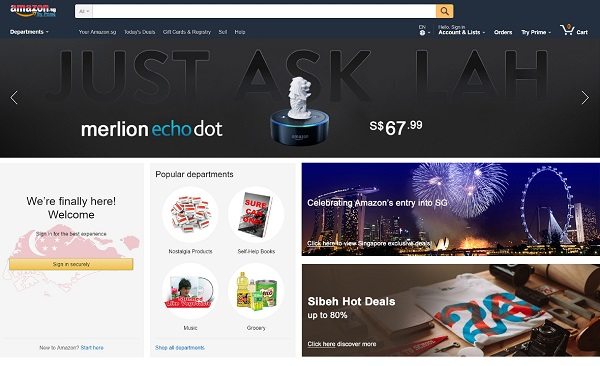 iPrice, which is Amazon’s prime affiliate partner, is a meta-search website present in seven countries of Southeast Asia. The company states that its partnership with the ecommerce giant will help Amazon with the needed marketing channels to aggressively market its products and services to the competitive ecommerce sector. 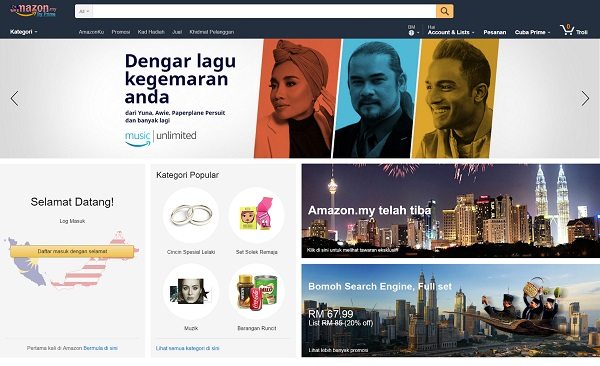 For Singapore the ecommerce company has specially designed an exclusive Echo device with the MerLion figurine. The company states that MerlionEcho will be sold exclusively in Singapore, will be able to understand the local dialect and citizens will be able to place orders through Alexa. For Malaysia, Amazon is calling local businesses to sign up as partner merchants and sell their product both locally and internationally. 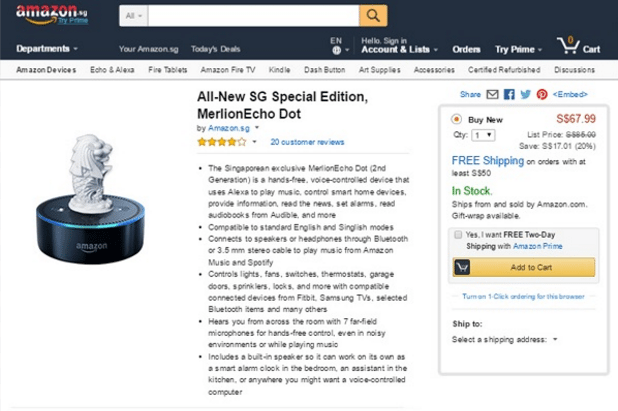 In the next 5 years, we are going to see a reimagining of automation through AI: Sean Zinsmeister, Infer