Visual search application, Blippar that specializes in augmented reality and artificial intelligence has unveiled a feature by the name ‘Blipparsphere’. It is a visual discovery technology that uses machine learning to recognize real-world objects and computer vision capabilities to personalize information about a user’s physical surroundings. The company believes this will offer the users ‘true visual discovery’ through the Blippar app.

iOS or Android Blippar app users can point their smartphone camera at any object and receive information about it via Blippar’s ‘proprietary knowledge graph’. The app analyzes the object’s characteristics and provide suggestions based on its previous performance of recognizing similar objects. It also adds useful information about it from the web. The suggestions appear in a circle on the middle of the smartphone screen, while other words related to the characteristics of that object or other similar things afloat, revolving around it. Users can click around within this web of blips to see various items related to one another, or scroll down to get more in-depth information on a single subject. Although the item, should be recognized is called, ‘blippable’. For example, if the user can see an orange, Blippar can see locations of nearby grocers, nutritional information and top-rated recipes, claims the company. 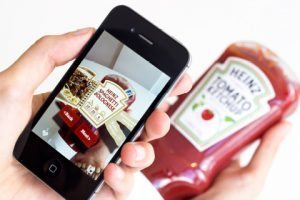 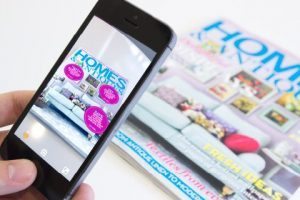 “The development of Blipparsphere is a major breakthrough for visual discovery as the next evolution beyond search. The combination of our knowledge graph along with computer vision technology allows us to significantly scale what we’ve already accomplished with augmented reality and deliver faster, more accurate recognition and deeper, tailored content around the images and objects we encounter in our daily lives.”

The company claims that the product completes with the likes of Google and Siri, and is driven by discovery (and not just search) behavior unlike traditional searches. The algorithm built on the initial search, learns about the user and suggests a cluster of objects that are likely relevant to that individual person, based on the kinds of searches they’ve done before. “The new discovery behavior we are powering through today’s update matches natural human thought patterns. When you blipp something, it connects you to new things to see and information demonstrating how the original object or image is connected to everything else. This allows users to start their journey of spontaneous curiosity on something as mundane as a drinking glass, but end up in President Obama’s blipp by hopping around the Blipparsphere from one related entity to another. This is a fun way to learn about your surroundings and even find excuses to blipp ordinary things and discover extraordinary facts and stories.” Mitra adds. Blippar was co-founded in 2011 by Ambarish Mitra, Omar Tayeb, Jess Butcher and Steve Spencer. Initially it focused on identifying goods specially tagged by its business partners but with its newest addition, Blippar is eyeing to move beyond just brand content. Blippar claims that it has raised a total of $99 million across three rounds of funding.

Baidu deepens its stake in AI by acquiring xPerception