E-commerce website, Snapdeal has announced the launch of its own private hybrid cloud and has dubbed it as Snapdeal Cirrus. Claiming to be an industry-first, Cirrus is built on open source with OpenStack—a software to manage a large pool of processing devices–at the center. It supports the public cloud integration and allows various applications to be deployed in the cloud. And is aimed at handling long-term growth in traffic for the company. It spans across three data center regions, with a dense server architecture of 100,000 cores, 16 Petabytes of storage and a 100G SDN (software-defined networking) infrastructure which is built on investments made by few undisclosed companies. The move could potentially aid the growing demand for crunching big data to build personalized experiences for consumers and complement Snapdeal’s technology platform. Taking the opportunity, Rajiv Mangla, Chief Technology Officer, Snapdeal said, “Snapdeal was born in the cloud, but public clouds stops being cost efficient after a scale, which became the case for Snapdeal sometime last year. In a short span of 10 months, we have succeeded in building an extremely resilient, scalable and secure solution.”

Snapdeal Cirrus is a fully automated software defined data center and cloud platform, where infrastructure is built and managed as code. We are extremely proud of what our team has achieved — Snapdeal Cirrus is one of the few successful examples globally of a large hybrid cloud built at a scale of public cloud, purely using open source technologies like OpenStack and Ceph. 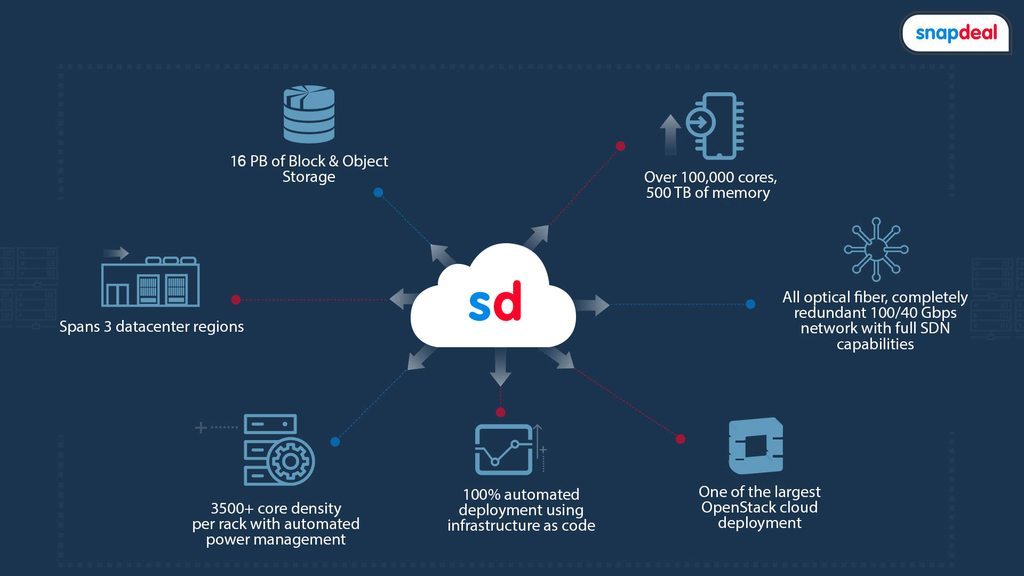 The addition can be positioned as a cost-cutter for the Delhi-based company and an extended platform to bolster performance gains across its applications. This could lead to enhanced user experience and subsequently customer retention. Jonathan Bryce, Executive Director of the OpenStack Foundation, stated, “At more than 100,000 cores and 16 petabytes of storage, Snapdeal Cirrus is one of the largest OpenStack deployments globally.”

Retail is one of the fastest growing vertical markets for OpenStack, and Snapdeal is among a growing group of ecommerce players outside of North America who are embracing OpenStack and the open source approach in delivering services and innovation to their customers.

According to an independent research by the online marketplace, digital commerce in India is in the early stages of growth with about 80 million online shoppers and is expected to grow to 175 million by 2020. How much will Snapdeal add to the country’s e-tailing pie? Only time will tell.