Watching a live game is the most exciting thing to do. Be it a game of soccer or cricket or tennis, watching it live while sitting in the stadium feels like cherry on the cake! If you are watching a game of cricket, you tend to analyze what kind of ball the bowler just bowled or where the fielders are standing during the powerplay. But have you ever given a thought that whatever the data we come across during any game is gathered in which way? The kind of previous records a team has, where it is stored and how it is displayed while doing an analysis of that particular team or game. Of course, technology plays a big role in it when it comes to telecasting a particular match. The camera set up, online editing, photography, replays and more.

But here, there is one more twist in the tail, and that is the ‘Enterprise Technology’. The kind of opening ceremony we all saw during the Rio Olympic ceremony was something that people will remember for years. For instance, during the ceremony, the projection technology was used to tell stories, transform an environment, and engage the local and television audience in a spectacular manner. The virtual reality was a hit as BBC covered it and made the telecast available through a special app in which users watched the footage with the help of Samsung Gear VR or Google Cardboard, Google’s affordable VR headset. Not only VR, many more enterprise technologies including drone technology, 3D technology were used during Rio Olympics. Sports industry is perhaps one of the biggest that has adopted technology to change the game for players, viewers, organizers as well as broadcasters. Pathbreaking advent in technology has ensured that the experience of followers of the game has become finer and more nuanced.

Let’s take this to a new level, is it possible to analyze a team and its players with the help of the technology that includes Internet of Things (IoT) and the so called Big Data? Well, SAP is the player in town for this which has SAP Sports One, a mobile and desktop application developed with the help of design thinking methodology that consolidates all the data on one platform. Right from team management, training planning, player fitness, performance insight and scouting, SAP Sports One has it all. SAP HANA with the help of Big Data helps German Soccer Association (DFB) analyze every match in real time. Every player’s paths and passes are recorded precisely. This means the trainer team can assess performance more objectively and adjust training sessions to suit individual needs.

Tech Mahindra has also garnered all the applauds of the audience sitting in the stadium. Well, it signed up as FIFA World Cup Sponsor and Official Information Technology (IT) Services Provider to the FIFA World Cup in the year 2007. Also, it claims to define the future of sports technology by introducing ‘Smart Stadium’ and ‘Network Connectivity’. Tech Mahindra, along with its partners, has delivered innovations around smart and connected stadiums. Historically, it has had primarily infrastructure and business layers delivering the event from an IT perspective. It believes that inclusion and focus towards the experience of fans is going to be monumental. Fans will become interactive cast members from their seats. 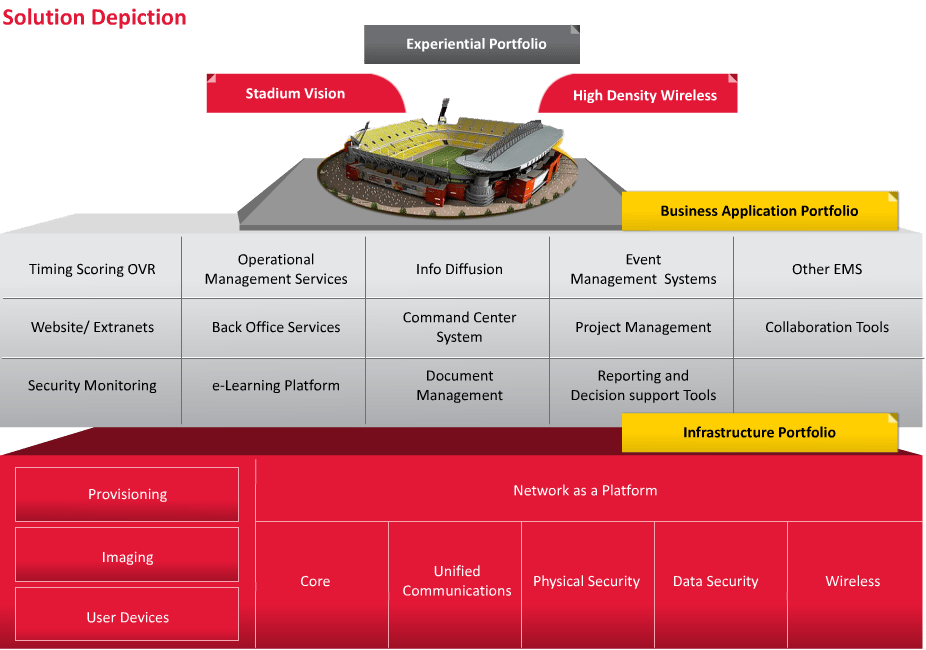 Cricket, that always tops the list of sports in countries like India, England, Australia, has a lot when it comes to its Big Data. IBM Analytics was used extensively to pull data during the Cricket World Cup 2015. Using cloud and advanced analytics technology, IBM provided live match analysis, player performance and social insights taking the fan experience to the next level. According to Sriram Rajan, Executive Director IBM Analytics, India & South Asia:

“Cricket is the most popular game in India and fans have limitless appetite to learn more about their favorite players and team. We are excited to serve fans with a multitude of key insights this Cricket World Cup. This can be applied across industries by leveraging the combined ecosystem of IBM’s Analytics, Cloud, Social and Mobile capabilities. Whether it’s streamlining operations, improving the customer experience or identifying new opportunities and markets – IBM has the analytic and cloud capabilities that customers need to drive better outcomes.”

Looks like this is just the beginning of how enterprise technology can be deployed into sports. With all the big players including SAP, Tech Mahindra, IBM are betting on sports, it’s is a long way to go!