Fortinet, a provider of network security appliances and unified threat management solutions has announced the launch of its new FortiAP series of universal wireless access points (AP). The FortiAP claims to have been designed to reduce complexity and to be the most flexible, enterprise-grade wireless solution on the market. According to the company, Internet of Things (IoT) is secured through Secure Access, and with the expansion of its wireless suite, the new series of wireless access points provide essential solutions that are required to implement, manage, and grow an IoT-based access infrastructure. The new solution is integrated within Fortinet Security Fabric that delivers combined protection for network along with security functions and application controls. Its Security Fabric integration also enables access network segmentation capabilities to deliver the only security strategy capable of protecting enterprises against threats targeting IoT and endpoint devices before they can access critical internal data. John Maddison, Senior Vice President of Products and Solutions, Fortinet said:

IT teams face severe challenges scaling and securing their wireless networks to meet rising access demands and the increasing dangers posed by IoT. The Fortinet Security Fabric solves these challenges by integrating security with the wireless infrastructure to unlock advanced internal segmentation strategies that are critical to defend against IoT threats. 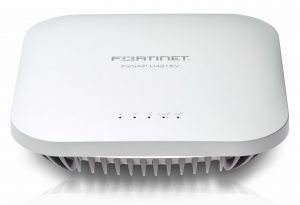 The company states that there is a need of security for IoT devices at the point of access as they cannot run a security client. The new FortiAP series wireless access points integrate advanced Security Fabric intelligence and protections, directly into the wireless infrastructure, that enables: The APs simplifies deployment and administration of access networks, offering a single appliance that is compatible with all Fortinet access management platforms including FortiWLC enterprise wireless LAN controllers, integrated with FortiGate enterprise firewall LAN controllers and FortiCloud’s controller less cloud wireless management.