Google has injected its custom-made rival to Facetime in the market today with the launch of Google Duo, a one-to-one video calling app for Android and iOS. The app can be downloaded from Google Play and Apple’s App Store, although the wait might just be a little longer as now you are greeted with- “Coming soon.” 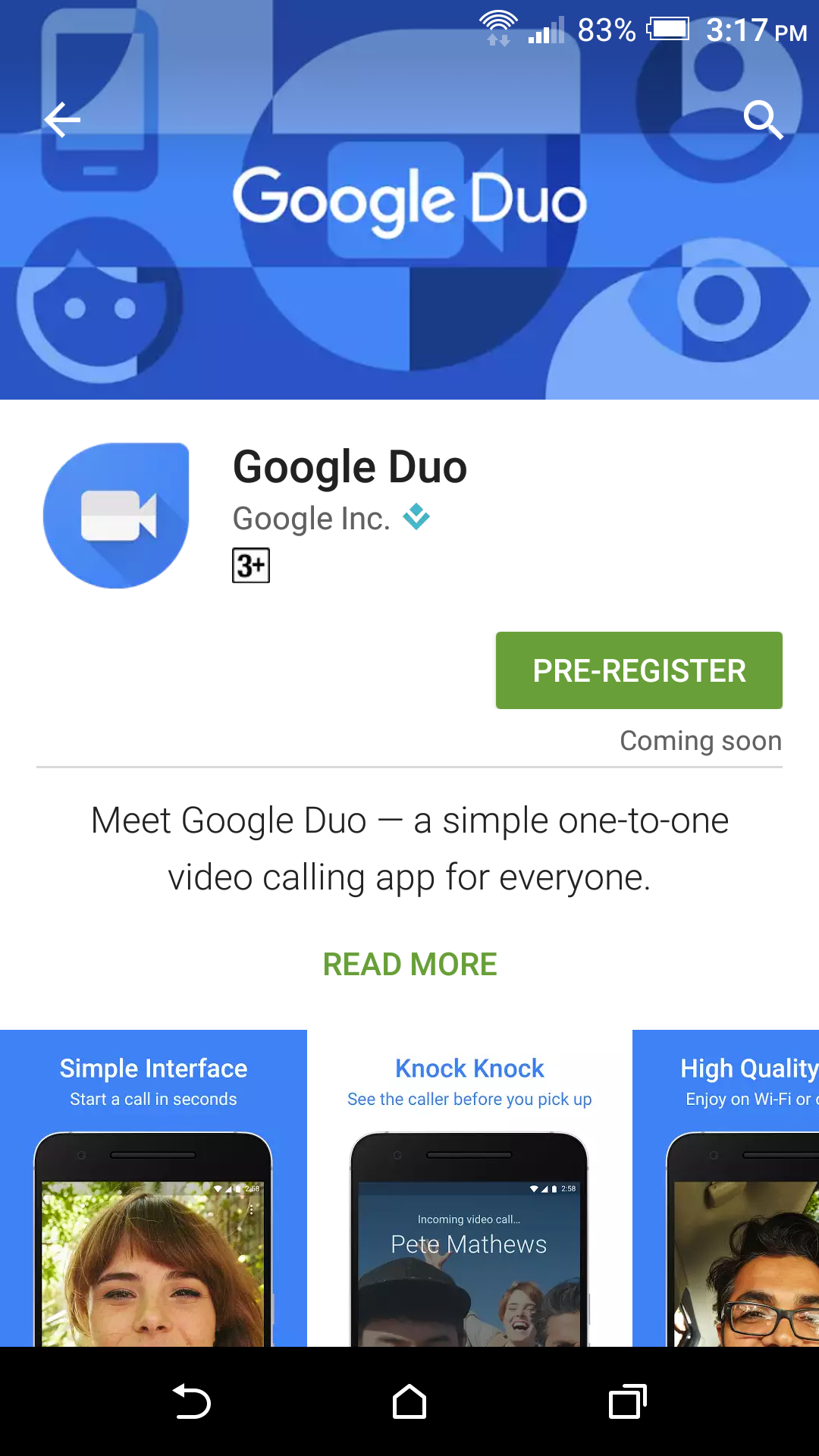 The two new chat apps were initially announced at this year’s I/O developer conference which were then made available in private beta. They have now been rolled out commercially to spring back from its social failures. To compete in this mobile-first market, the text-based Allo and the video-based Duo have been tied to a phone number instead of a Google account. This, obviously, directly contests with Hangouts, Google’s all-in-one messaging platform, and is more in line with services like WhatsApp. According to the tech giant, Duo is simple to use and like FaceTime for iPhones, just needs a phone number to get started that will help you reach people in your phone’s contacts list. It does not require any separate account, so you can sign up in just a few steps and can instantly begin a video call with a single tap. The call quality adjusts to changing network conditions to give a stable connection. When bandwidth is limited, Duo reduces the resolution to keep the call going smoothly.

“For video calls on the go, Duo will switch between Wi-Fi and cellular data automatically without dropping your call. You can start your call at home, and continue seamlessly even when you head out the door,” read the blogpost.

Inorder to make calls feel more like an invitation rather than an interruption, Duo is integrated with a feature called Knock Knock which lets you see live video of your caller before you answer, giving you a sense of what they’re up to and why they want to chat. This feature, the company claims, makes video calling “more spontaneous and welcoming”, helping you connect with the person before you even pick up. So far, Google has been offering video calling through its Hangout feature, but this move is at par with it’s vision for mobile-first communications, which sees Android and iOS as the key instruments for sharing text- and video-based content with the world. Allo and Duo are Google’s new weapons to get back on giants like WhatsApp, Facebook Messenger, Line, WeChat and Skype that are already amassing millions. Here’s an opportunity to reset the timer and sway the audience from where they are: on phones.