Lately Facebook has been in the news for accuracy of news feeds on a users’ timeline and the company is trying hard to convince skeptics that it is doing everything in its power to curb this menace and make people aware. Apart from adding a pop-up educational tool that will direct users to the help center to give tips on how to spot fake news, the social media giant is also leading a consortium that is pouring in millions of dollars to create the ‘News Integrity Initiative’. With the huge amount of information and content on the web, it is slowly becoming difficult for users to define fact from fiction especially on when searching for information online. Having said that, Google is the latest entrant in the fight against fake news and content online. Last year in October, the global search engine partnered with its think tank Jigsaw to start enabling publishers to show a ‘Fact Check’ in Google News in a few countries. ‘Fact Check’ was announced as a tag for users to check for the right information in large news stories. Users could see the tagged article in the expanded story in news.google.com and in the Google News & Weather iOS and Android apps, starting in the US and UK. This label would ideally identify articles that included information fact checked by news publishers and fact-checking organizations. 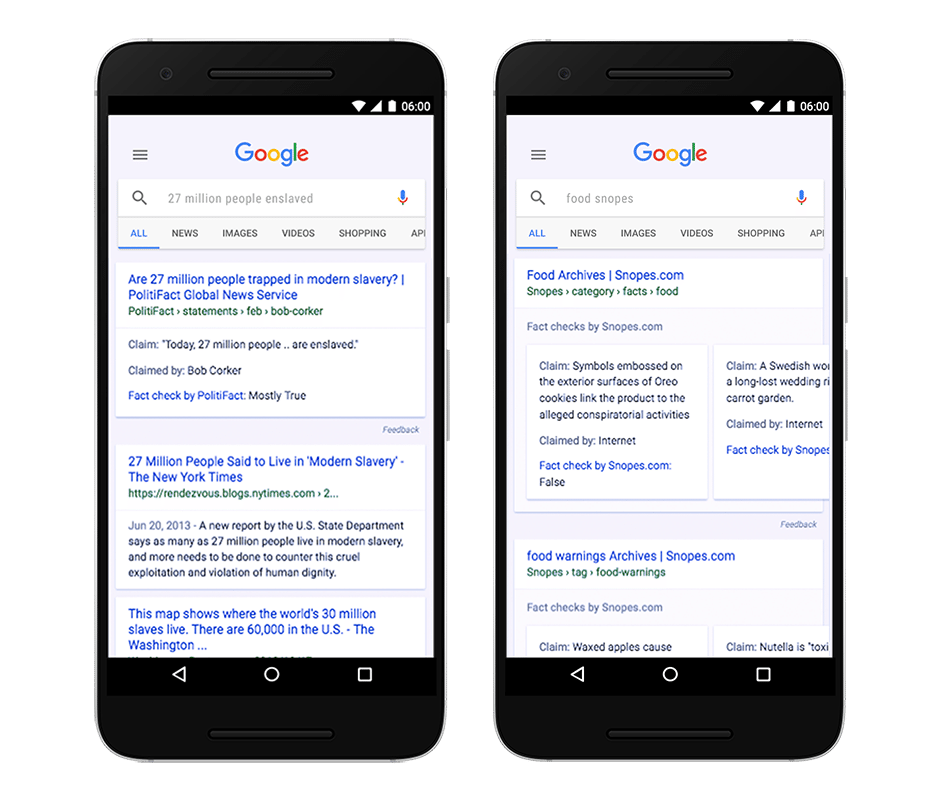 After assessing feedback from users and publishers, Google has made ‘Fact Check’ generally available and expanded it into search globally in all languages. According to the search giant, users for the first time can get authoritative results when they conduct a search for one or more public claims. The snippet will display information on the claim, who made the claim, and the fact check of that particular claim. But it will not be available for every search result. In an official blog by Justin Kosslyn, Product Manager, Google and Cong Yu, Research Scientist, Google, publishers must use the Schema.org ClaimReview markup on the specific pages where they fact check public statements, or they can use the Share the Facts widget developed by the Duke University Reporters Lab and Jigsaw, for using the feature.

“Only publishers that are algorithmically determined to be an authoritative source of information will qualify for inclusion. Finally, the content must adhere to the general policies that apply to all structured data markup, the Google News Publisher criteria for fact checks, and the standards for accountability and transparency, readability or proper site representation as articulated in our Google News General Guidelines. If a publisher or fact-check claim does not meet these standards or honor these policies, we may, at our discretion, ignore that site’s markup.”

Google claims that the fact checking feature has been agreed to by 115 organizations from across the globe that are working with the search giant for the feature. And with this Google joins a consortium of sorts with Facebook, non-profit organizations, academic professionals, Mozilla and Wikipedia.