Indus OS, a mobile operating system developed by Mumbai-based OSLabs Technology has raised an undisclosed amount in a Series A2 funding round led by VenturEast and JSW Ventures as new investors, along with participation from an existing Omidyar Network.

We are glad to announce @JSWventures & VenturEast as our new investors. We thank @OmidyarNetwork for their belief in our vision https://t.co/GqTkqIJsUV

According to the company, this fresh funding would be used for hiring talent and to boost product development. It also plans to invest in language technology to bring more Indian languages into the operating system.

“The uniqueness of Indus OS i.e. its India-focused operating system fits perfectly with our fund’s primary emphasis on the rural & semi-urban markets, and the needs of the SMEs,” said Srikanth Sundararajan, Partner, VenturEast.

Launched in 2015, Indus OS (formerly called Firstouch) ranks as the number two mobile OS in India after Android, with around 7 million user base across its smartphone brand partners including Micromax, Intex, Karbonn, Celkon and Swipewith. With a 7.6% market share, the company aims to create the mobile ecosystem for the next 1 billion smartphone users from emerging markets in their native language.

“We are already in talks with international and Chinese smartphone brands for the launch of our next version Indus OS 3.0, which we believe will revolutionize the Indian smartphone industry,” said Rakesh Deshmukh, Co-founder and CEO, Indus OS.

Indus OS is focused on creating a regional smartphone ecosystem through Simplification, Innovation & Content. The operating system is currently available in English and 12 regional languages. 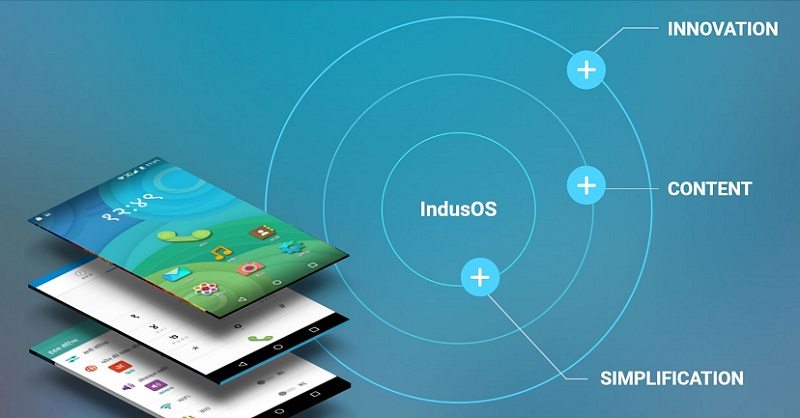 To keep up with the digitization pace, the company also entered into a partnership with mobile wallet firm FreeCharge in January, so that the latter could be easily integrated in smartphones without any language barrier. Indus recently appointed Sunil Lalvani, ex-Head of Qualcomm and BlackBerry in India as an adviser. The latest Indus OS 3.0 platform is expected to roll out later this year, and the company has revealed plans to open an office in China to further its efforts to partner with international smartphone brands.