In an international survey conducted by Vodafone for its Internet of Things Barometer Report, 76 percent of businesses believe that IoT will be critical to future success. The research was conduced across 17 countries taking 1,096 professionals from various industry backgrounds whose IT budget ranged from below € 10,000 to € 50 million. The fourth edition of the global survey focuses at business sentiment regarding innovation and investment in the Internet of Things. The study was basically carried out to examine the inclination of businesses towards IoT. According to the report, 28 percent of organizations are already using IoT and a further 35 percent are less than a year away from launching their own projects. The report also states that companies in the Americas are creating new ecosystems through IoT — a third of IoT adopters in the Americas are using the technology to connect multiple organizations and/or industries. The report claims that adopters have assigned 24 percent of the entire IT budget to IoT, It is on a par with mobile, cloud and analytics. 63 percent of adopters are seeing “significant” return on investment, up from 59 percent in 2015. 76 percent of businesses say that IoT will be “critical” to future success, and 63 percent expect to have live projects within the next year. Therefore, business are investing into it to get more ROI. 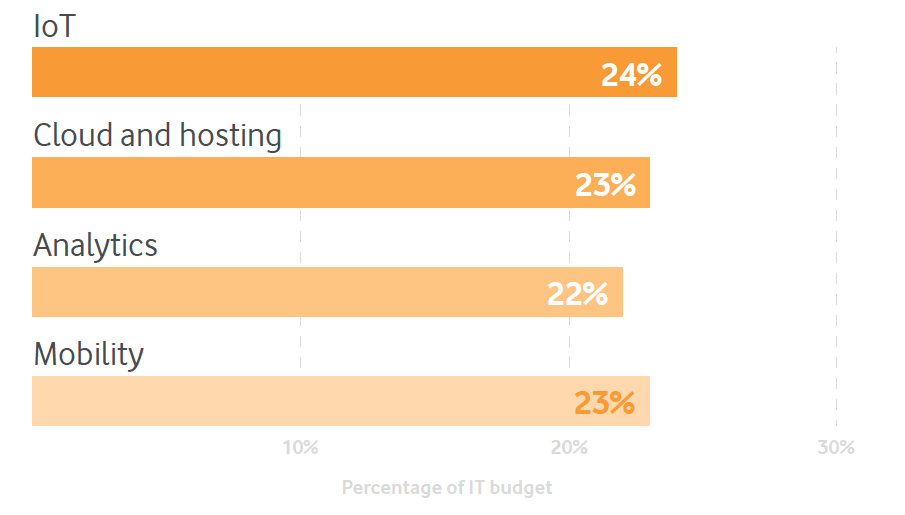 64 per cent of the companies are currently using IoT solution to automate processes: 48 percent of adopters say they’re using IoT to support large-scale business transformation and 29 per cent say they’re using it to connect multiple organisations into ecosystems. Customer experience is also enhanced with IoT as 44 percent of adopters agree to this fact. According to the report, IoT can be used to drive operational processes but it can also be used to transform business. 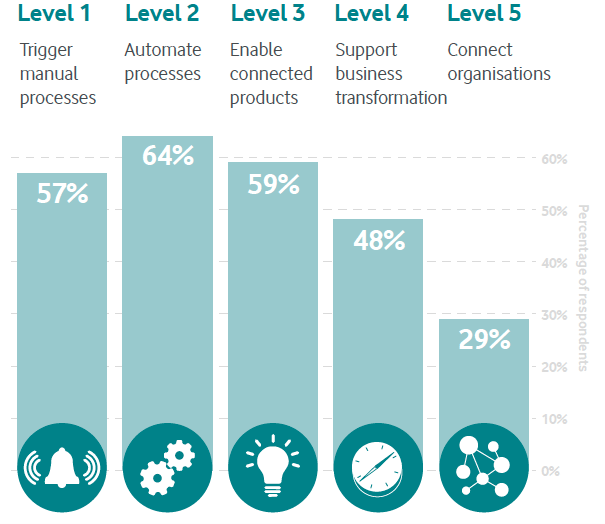 The adopters say that treating IoT initiative as business project has increased the revenue streams by 21 percent. There has been a 20 percent improvement in key business indicators like system downtime, and cost and asset utilisation as a result of using IoT. 61 percent of businesses see IoT as the vital area of their business initiatives. 68 percent of adopters say they set “clear targets” for their IoT projects. 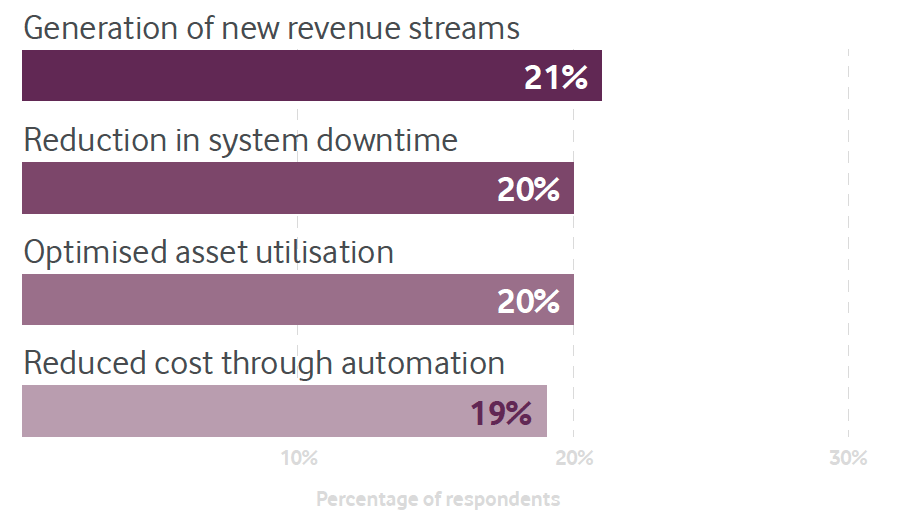 94 percent of the adopters use IoT solution to use big data and analytics platform to support decision making. More than 90 percent of adopters say they store IoT data in the cloud integrate IoT data with core systems like enterprise resource planning (ERP), and use mobile devices to give employees access to IoT data. 81 percent of all businesses say that IoT can only deliver real value if the data is effectively used. 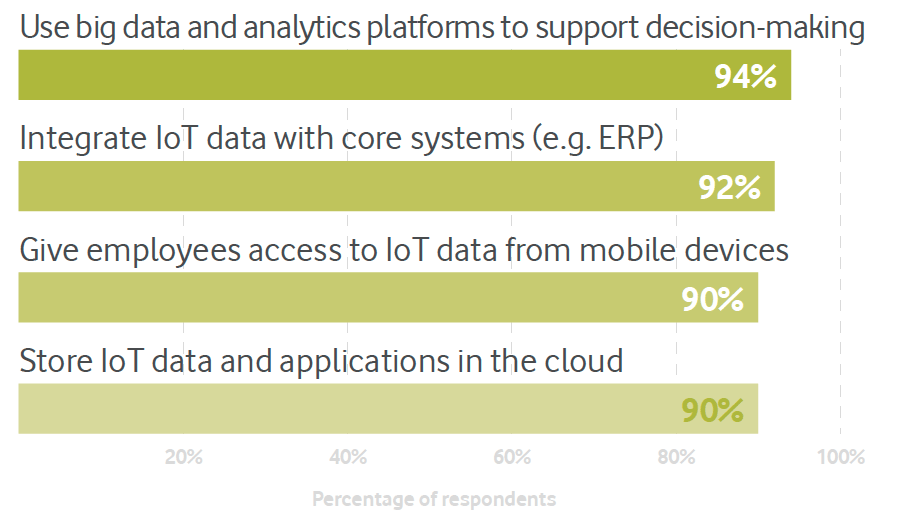 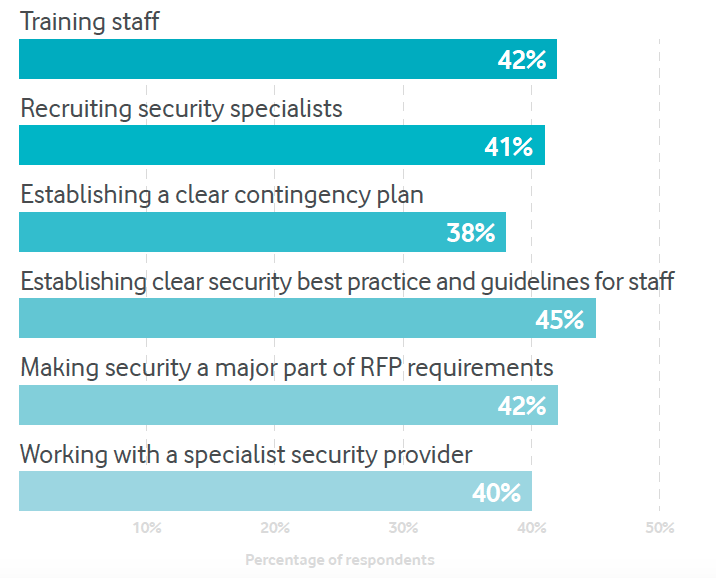 Three-quarters of the companies we interviewed now recognise that the Internet of Things is a new industrial revolution that will change how people work and live forever, and almost half the companies surveyed across multiple countries and sectors told us they’re already planning to bring connected network intelligence to millions of devices and processes over the next two years. 2016 is the year the Internet of Things entered the mainstream.

The survey was conducted across Australia, Brazil, Canada, China, Germany, India, Ireland, Italy, Japan, The Netherlands, South Africa, South Korea, Spain, Turkey, the UAE, the UK and the USA.40 percnet of the respondents were from IT functions; 13 percent were senior business leaders; 9 percent were from sales and marketing; and 8 percent from finance. These respondent were from retail, manufacturing, energy and utilities, healthcare, transport and logistics,automotive, consumer electronics, industrials as well as from public sector enterprises and SMEs.