Mozilla has been running a tight race to convert the Firefox OS project designed for mobile business into IoT based projects. While businesses were yet to recover from the skepticism that followed a failed attempt of Mozilla in one area, arguing if it can succeed in another that is arguably even more complex, Mozilla has identified a shortlist of four projects for development and testing in its Internet of Things experiment last week. If one can recount, this follows last December’s decision hop out of the smartphone market, and instead focus its energies on other connected devices and the Internet of Things.

Mozilla’s first round of IoT plans includes Project Link, which is described by Mozilla as “our personal user agent that understands your preferences for how you want to interact with the world of devices in your home, and automate your connected world for you.” Originally, known as Foxlink, the project would build a software building block that can interact with various devices. The initiative is currently at stage one for validation, the second of four stages, and all codes used in the project will be open source.

What’s in the Air: SensorWeb

Next, Project SensorWeb will be a pilot project for crowdsourcing a PM2.5 sensor network. According to the US Environmental Protection Agency, PM2.5 is the term for particles found in the air, including dust, dirt, soot, smoke, and liquid droplets. This project primarily aims at enabling local data collection and data access for users, providing a real-time air quality check of a neighboring street, or the current wait time at a favorite café. 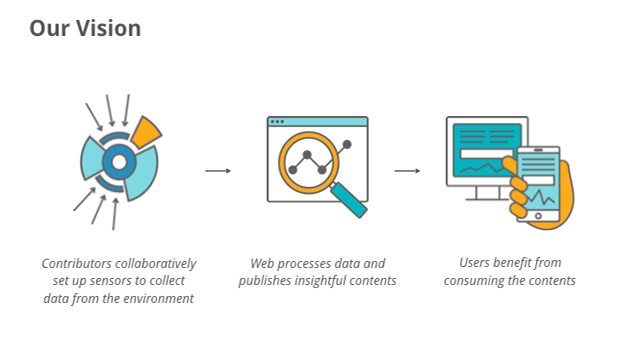 Mozilla is also launching Project Smart Home, currently also at stage one of validation. It would serve as a “middle-ground” by bridging the gap in IoT smart home providers and completely boxed solutions like Apple Homekit, and completely DIY solutions like Raspberry Pi. This experiment would offer a platform to hardware and software makers to run their connected home devices with easy to follow rules, promoting a smart home powered by Mozilla. The company said the next steps for the project include understanding life in the home, concept validation and the research needed to make a build, buy and/or partner decision.

Lastly, Mozilla has announced Project Vaani to develop a voice interface for devices to communicate with consumers. This will be initially targeted at smart homes, with subsequent plans of integrating with other IoT applications. Although the company is highly ambitious about the project, the product that will come out of Project Vaani does not aim to compete with the existing players like Siri and Google Now. The company has called on developers and volunteers to help ensure that “each project has the best opportunity at making an impact”. Just when about everyone wants a slice of the action of the Internet of Things (IoT), looks like Mozilla is pretty clear about how to make it happen or what is required. It had a really good idea with Firefox OS. But the idea sank due to poor implementation and slow progress. Maybe these projects would help them to see what mileage is left in Firefox OS before giving it up for good.