When we talk about technology banes, that small four-cornered thing we carry everywhere we go stands as the biggest perpetrator. But the future (I mean near future) might bestow us with a distraction-free gadget if it hits the bar ticking on Indiegogo. Dubbed as an “anti-smartphone”, a California-based startup called Monohm Inc. showcased a pebble-shaped device at the Mobile World Congress 2015. With its shape catching widespread attention, Runcible, a round, palm-sized mobile device is now $159,080 away from achieving the target of $250,000 in a crowd-funding campaign on Indiegogo. But the amount of awe it has swayed has sparked fresh excitement among many.

Designed to never let you feel the tickle of pouring notifications and alerts on your smartphone, Runcible is an odd (and round) yet compelling alternative to more traditional smartphones. Its creator, Aubrey Anderson, has described it as a “quieter” gadget to help people relax and live slightly more disconnected lives.It lets you do everything a smartphone should, make phone calls, send messages, take pictures and surf the occasional web, it is “quieter” because it does not sync continuously with social media apps and apps that keep pinging you for attention. Although the circular frame bears the trappings of a typical smartphone, including a Qualcomm-made SoC and wireless radios, there are no buttons or even speakers on the device. Calls can be handled using Bluetooth connectivity, and speakers or headphones can also be paired with the device. The removable backside pops off to reveal the device’s internal components, and Anderson claims that “Runcible will be modular and user serviceable.” 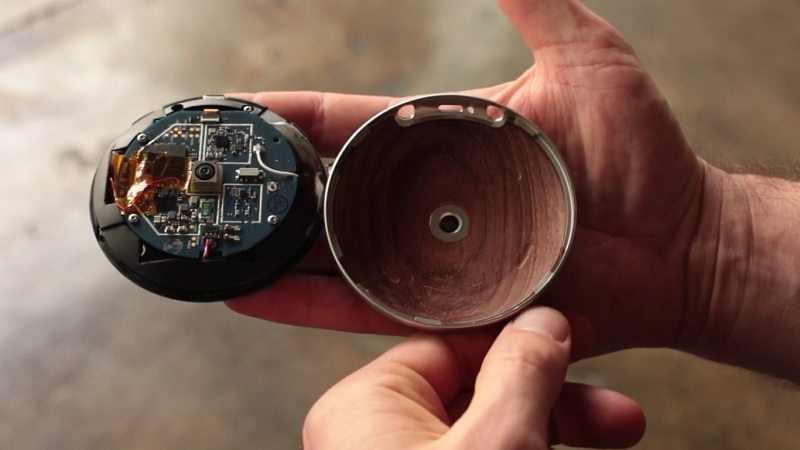 Hence this unorthodox shaped watch-cum-compass-cum-smartphone—or anti-smartphone– tries to solve the problem of ‘communication overload’. Joining the league of smartwatches, Google Glass and other wearables that aim to make notifications more manageable, with visual information, Runcible aims to help its consumers combat the problem of “hyper-connectivity”. 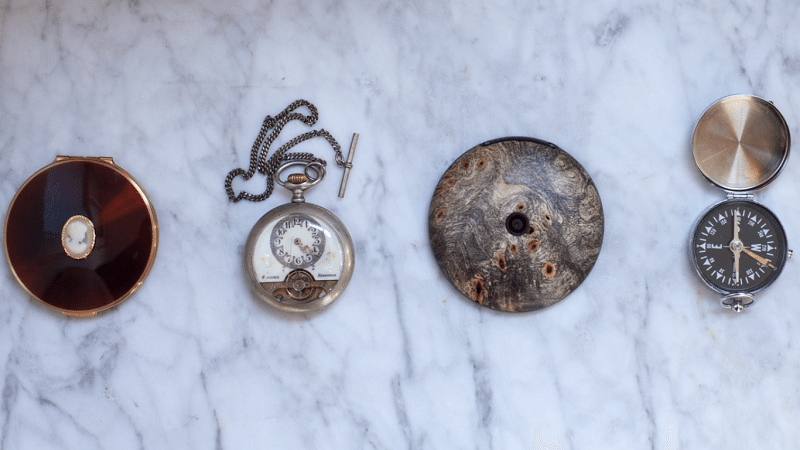 Runcible features a Snapdragon 410 Quad-core processor with 1GB RAM, 8GB eMMC 5.0 Flash storage, WiFi, Bluetooth, GPS, Rear-facing Camera, exposed GIPO and USB Host, powered by a Buni Operating System (based on the Android 5.1). The company also plans to provide LTE/4g connectivity but is not yet certain about that. If LTE doesn’t make it into this initial version, the company plans to launch it as an upgrade in its predecessor. According to the makers, initially Runcible was destined to run on an OS based on Firefox. The company has now switched to Android after Mozilla stalled Firefox OS development for mobile platforms. Its quad-core, Cortex-A53 Snapdragon 410 now houses a homegrown Buni OS based on AOSP’s (Android Open Source Project) Android 5.1 Lollipop derivative. According to Monohm, Runcible is “fully open source” and “hackable by its consumers at the hardware and the software levels.” Currently users will not be able to access Google Play Store on Runcible as the round display is unsuitable for most apps, and developers will have to overcome the hurdle of leveraging existing applications onto their platform.

How to bag one?

Anderson and his company, Monohm, announced in June that the unique device is available for pre-order on Indiegogo, starting at $399 for Runcible Babbage model with a rounded backing made of “reclaimed ocean plastic fished out of the Great Pacific Plastic Island.” Runcible Lovelace, the premiere model, can be bought at $499 that has a solid wood back made from “local, sustainably harvested Madrone wood in Mendocino County, California.” A limited edition $599 Runcible Faraday is also available that uses “Sinker Redwood from Mendocino”, which has been harvested after having spent 100 years or so underwater in rivers.