Thalmic Labs which developed an armband Myo–that lets users control computers with gestures–has raised $120 million in a Series B investment round. The financing round was led by Intel Capital, the Amazon Alexa Fund and Fidelity Investments Canada. Other participating investors include Spark Capital, First Round Capital, and iNovia Capital. The funds, says the company, will be used to accelerate the development of new technologies and products that allows human-to-machine interaction. Stephen Lake, Co-founder and CEO, Thalmic Labs, in a Medium post, also mentioned that the new capital would help the Thalmic team ‘realize the vision for the next era of computing, where the lines between humans and digital technology become increasingly blurred.’ It can also be noted that, this isn’t Intel’s first investment in the wearable tech company, the association dates back to 2013. Josh Walden, Senior Vice President and General Manager, New Technology Group, Intel, said, “Innovations (by Thalmic) augment Intel’s strategy for wearable technology and align with our vision to bring new and exciting experiences to users. We’re excited to continue working together.” While Steve Rabuchin, Vice President, Alexa, stated that:

Thalmic is pushing the boundaries of what we thought possible with hands-free technology. We’re excited to invest in Thalmic to help continue their innovative work and look forward to exploring future product integrations with Alexa.”

Its first product, the Myo armband (currently available for $199) is apparently used to train amputees on how to use their prosthetic limb with gesture-recognition and to translate sign language. Reportedly, developers can also use it for virtual reality experiences. The wearable is also the first input device in the world to use the electrical activity of muscles to control technology, claims the company. 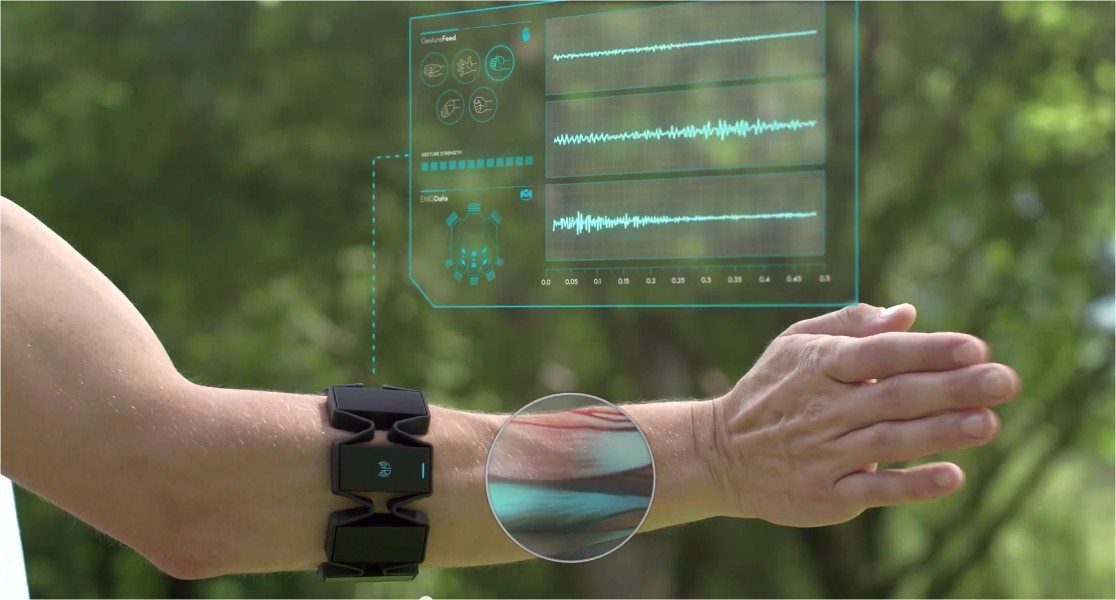 Based out of Canada, Thalmic Labs came into being in the year 2012 and is co-founded by Matthew Bailey, Aaron Grant along with Lake. The company also vouches to employ over 100 engineers, researchers, and creators at its Waterloo headquarters. However, with the newest shot of funds in the arm it is looking at hiring new team members for sales, marketing, and business development positions in San Francisco. It is also planning to grow its engineering, R&D, and design teams in Waterloo.

“We founded Thalmic knowing that in order to produce truly breakthrough products, we’d have to invent entirely new underlying technologies to bring them to life. This investment will be used to fuel continued growth and development of future products already in the pipeline, and will help us realize our vision of a new era of computing, where the real and digital worlds will blend seamlessly,” Lake continued.

In addition, Thalmic, recently announced the opening of its San Francisco office and the appointment of Tara Kriese, a former Samsung executive as its new Chief Marketing Officer. And with the news in hand, the company is determined to expand its global footprint.