Japan’s capital city, Tokyo, has joined Google’s new global cloud-datacenter regions (Asia Northeast) for its cloud-computing platform, making it one of the six regions spread across US, Europe and Asia. Tokyo and existing Taiwan region, now offer six Google Cloud Platform (GCP) availability zones in Asia, with Mumbai, Singapore and Sydney coming up in 2017, covering Asia Pacific. In an official blog, Product Managers of the Google Cloud Platform Varun Sakalkar and Dave Stiver said, “As one of the fastest growing technology markets, the Asia-Pacific region has been important to GCP since the beginning. Building on our existing Taiwan cloud region, Tokyo doubles our presence in Asia, for a total of six zones.” 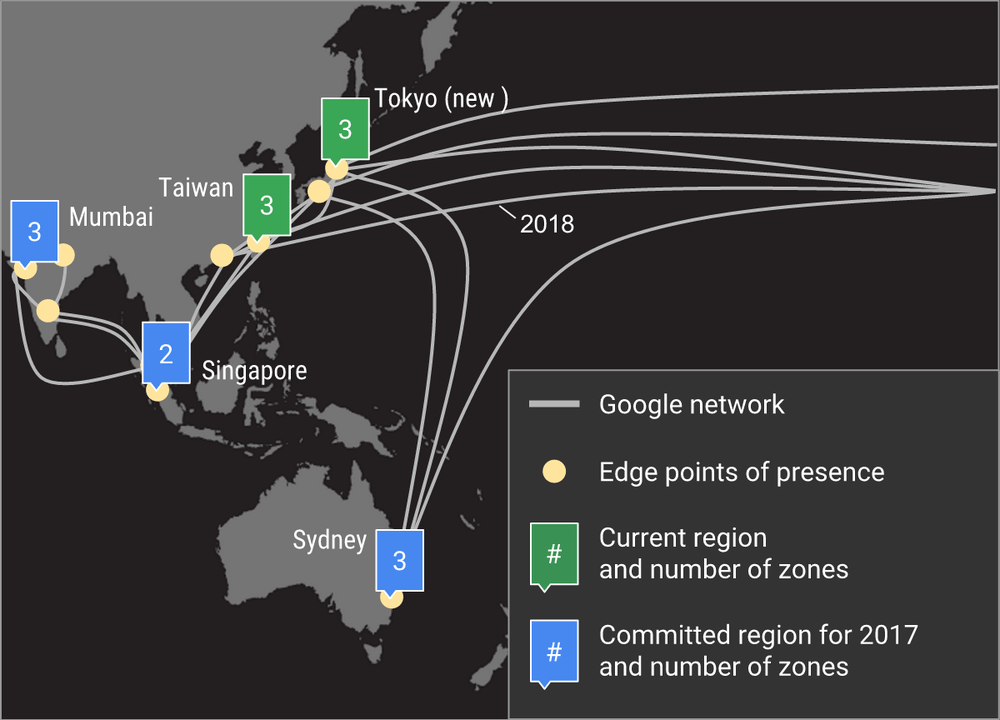 Available now, the Cloud Region in Tokyo will offer Compute services, including Google Compute Engine, Google Cloud Storage, Google Cloud Persistent Disk, Google App Engine Standard Environment and Google Container Engine. It will also deliver database and data analytics services, including Google Cloud Datastore, Google Cloud Dataflow, Google Cloud Dataproc, Cloud SQL Second Generation and Google Cloud PubSub; as well as all core networking and security services, including Google Cloud DNS, Cloud VPN, Cloud Router, Auto Scaling and Load Balancing, and Google Cloud IAM. Google states that the rationale behind having a regional datacenter is for low latency, high performance and bringing its compute, storage and networking services directly to Japanese businesses. Google also claims that customers in cities like Tokyo, Osaka, Sapporo and Nagoya experience 50-85% lower latency on average when served from the Tokyo region compared to Taiwan. According to the company, the cloud regions have been built upon its networking backbone, including recent investments in FASTER and PLCN (Pacific Light Cable Network) submarine cables. To help and onboard customers, Google claims to be working with several partners in Japan who will provide services from the new Tokyo region. Its early partners include JSOL, a provider of data analytics and machine learning solutions, and Groovenauts, which develops online gaming technology.

“In the last few years, GCP has grown to serve a diverse set of customers from mobile gaming studios to traditional enterprises, all of whom depend on our cloud regions and network to reach their customers across Asia and beyond. We look forward to welcoming businesses to the Tokyo region and are excited to see what they build with our platform,” Sakalkar and Stiver said.