Talk about technology, and ‘convenience’ becomes the most sought-after factor. And the the mobile-heavy arena, Internet and its speed has become the yardstick to measure convenience. Keeping this in mind, Twitter has launched a new global product to enhance its mobile web experience with 30% faster launch speed, reduced data usage up to 70% with data saver mode turned on, and a consumption of less than 1MB on mobile devices. Dubbed as Twitter Lite, the new feature will provide all the key features of Twitter along with the push notifications and offline support. It is also accessible to anyone with a smartphone or tablet with a browser, even for people without an App Store or Google Play account.

Twitter Lite is a faster, data-friendly way for people to use Twitter to see what's happening in the world. 👉 https://t.co/1tylKBJqM8 pic.twitter.com/edlSkmldqi

“India today is already one of Twitter’s largest and fastest growing audience markets worldwide…We’ve taken feedback from our Indian users to make Twitter Lite a faster, more affordable way to use Twitter all over the country, especially for people that have slow mobile connections and expensive data plans,” said Maya Hari, Managing Director, Twitter, Asia Pacific, at the launch in Delhi today.

What’s exciting is that telecom provider Vodafone, as the first global launch partner for Twitter Lite will be providing a customized timeline of top cricket-related news via this new feature to the telco’s customers throughout the IPL season.

“We are happy to partner Twitter to offer this innovative service to our customers. It will enable our customers to access a selection of curated Twitter content in their area of interest – first with cricket and more to come across other genre. Throughout this 10th season of IPL, our customers can look forward to enjoying some great content using Twitter Lite on Vodafone SuperNet,” said Avneesh Khosla, Executive Vice President, Products & Services, Vodafone India.

So if you are a cricket fan as well as a Vodafone user, you will receive an SMS alert with a link to the special curated timeline on Twitter Lite where you can get live updates on the T20 cricket season. 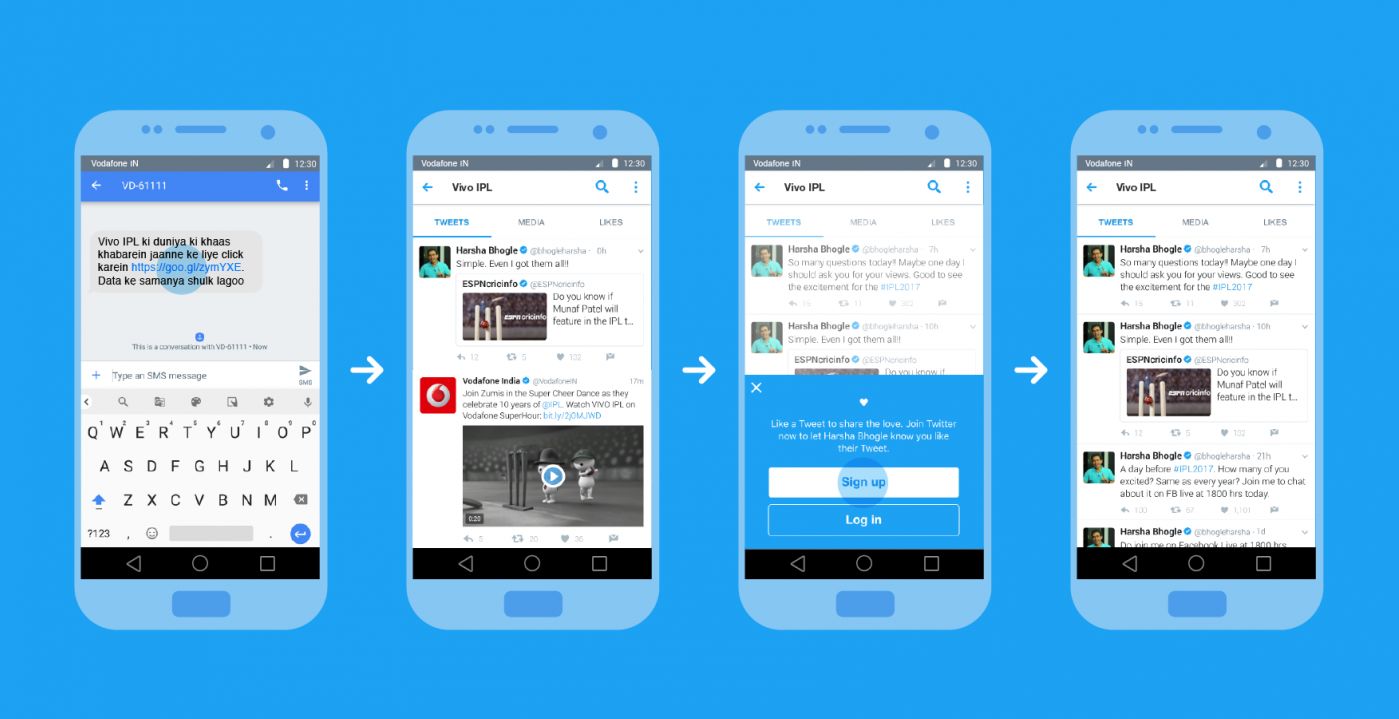 Twitter Lite also comes with a data saver mode which can be enabled to reduce data usage and load real-time cricket content in an affordable manner. In this mode, fans will see a preview of images and videos before choosing which ones to fully load.

Developed in partnership with Google, Twitter Lite supports 42 languages including six Indic languages: Hindi, Bengali, Kannada, Tamil, Gujarati and Marathi. You can try it out right away from mobile.twitter.com.

A move like this is definitely directed at broadening Twitter’s user base especially in developing nations, but I wonder what took them so long. Given the fact that Facebook had launched its ‘lite’ version in 2015 which reportedly crossed 200 million users this February, looks like Twitter still remains way behind in the race. Now that the micro-blogging site has catered to the issue of a slow network connectivity, it is only through some new engaging features and partnerships that it can reform its image from a news-centric app to an interactive app.