Intelligent IoT (Internet of Things) messaging company, Unified Inbox, and Chirp, the maker of data-over-sound technology, have announced a collaboration to integrate their products for fast, easy, and secure onboarding of residential, commercial, and government IoT devices. According to the partnership Chirp’s data-over-sound technology will be used by Unified Inbox UnificationEngine to create smart home, smart enterprise, and smart city intelligent IoT messaging solutions that will make provisioning of devices and sensors more secure, faster to onboard, and easier to use.

What does Chirp do and where does Unified Inbox come into the picture?

Chirp’s technology encodes any kind of data into a unique audio stream. Any device with a speaker can transmit a Chirp, and most devices with a microphone can decode it, making it ideal for machine-to-machine (M2M) communications. UIB provides natural language communications (NLP) for IoT devices. People can communicate with their devices through the communications channels they already use, simplifying the onboarding process.

The Chirp and UnificationEngine integration layer can be easily adapted and developed for smart home, smart enterprise, and smart city use cases across verticals including: energy, public transit, healthcare, waste/water management, home appliances, and consumer electronics.

Looking at the larger picture, for mainstream user adoption of IoT, easy onboarding will determine which equipment, electronics, and device manufacturers are able to successfully capture the growing, multi-trillion-dollar IoT market. https://vimeo.com/188841699

The user receives a message containing a sound file with a Chirp inside and plays the chirp from their mobile or speaker supported device. The smart device hears the Chirp and connects itself to the users’ selected communications channels and related wi-fi network. It also initiates a message back to the user via UnificationEngine, confirming the connection. The device and the user can then chat with each other, via the user’s preferred messaging channel. Toby Ruckert, Founder and CEO, Unified Inbox (UIB), says “Together, Chirp and UE simplify the onboarding of IoT devices, making the entire process faster, easier, and more secure. The IoT device and the user always have to be mapped, so that only the authorized user is able to control the device. Rather than sending multiple messages back and forth, a single Chirp, in combination with an UE onboarding chatbot, reduces the number of steps required.” But for Chirp to work, there needs to be an acoustic output device and an input device. How will the partnership help onboard IoT devices without any input mechanism, especially when there are talks about smart homes and smart cities? Moran Lerner, CEO and Executive Director, Chirp states, “Almost any device with a speaker can transmit a Chirp and most devices with a microphone can decode them. Equipment without native audio receiving capabilities can receive data by connecting a simple audio-capable companion device. A sound file played from your smartphone can be the acoustic output device — the file can be submitted via any messaging channel UE provides.”

According to both Ruckert and Lerner, UIB and Chirp feel like they were made for each other, as Although developed independently — the ability to onboard an IoT device without any prior handshake process before exchanging data, paves the way for mainstream user adoption of IoT, especially in the consumer space.

Both felt that the biggest challenge going forward was to convince device manufacturers of the need to build a small microphone into their appliances and use Chirp’s code to process the sound (the Chirp). This could be managed by having the device’s microphone be active when it does not have an internet connection. When it gets connected to the internet, it can stop ‘listening,’ and transfer communications over to UE. This is the recommended approach to maximize both privacy and security, and customers’ ease-of-use. https://vimeo.com/183528442

At a personal level, Chirp would let a person communicate with different personal devices, but implementing it at a larger scale, such as smart cities or across industry verticals, means that one can send any message or data to any device and vice versa. What about security? Learner states that the Chirp acts as the transport Layer in the networking stack, much the same way TCP does in the internet stack. “This means you can effectively add any type of encryption you require on top of it — i.e., SHA, MD5, or other industry standard. As Chirps can be encoded dynamically, it is possible to compute a one-time password using a shared secret key and the current time, mitigating any concerns about playback,” he adds.

The real reason for developing this tech

The partnership has a vision of enabling any device to connect, interact, and share data with another. Ruckert feels that despite the huge progress in IoT worldwide, interoperability and disparate platforms are a real issue. The company made UnifiedEngine for solving this purpose, but still wanted to develop a technology that would create a frictionless, end-to-end solution that would make the end user’s onboarding experience seamless.

“Sharing a mutual passion for how people engage and interact with technology, working with each other helps Chirp and UIB to better meet our customers’ needs for fast and easy onboarding without sacrificing security.”

Our common integration layer is just the start, and we are excited to continue to grow our partnership to explore further applications of Chirp’s most-trusted data-over-sound technologies, with UIB’s most-convenient intelligent IoT messaging platform,” says Ruckert. 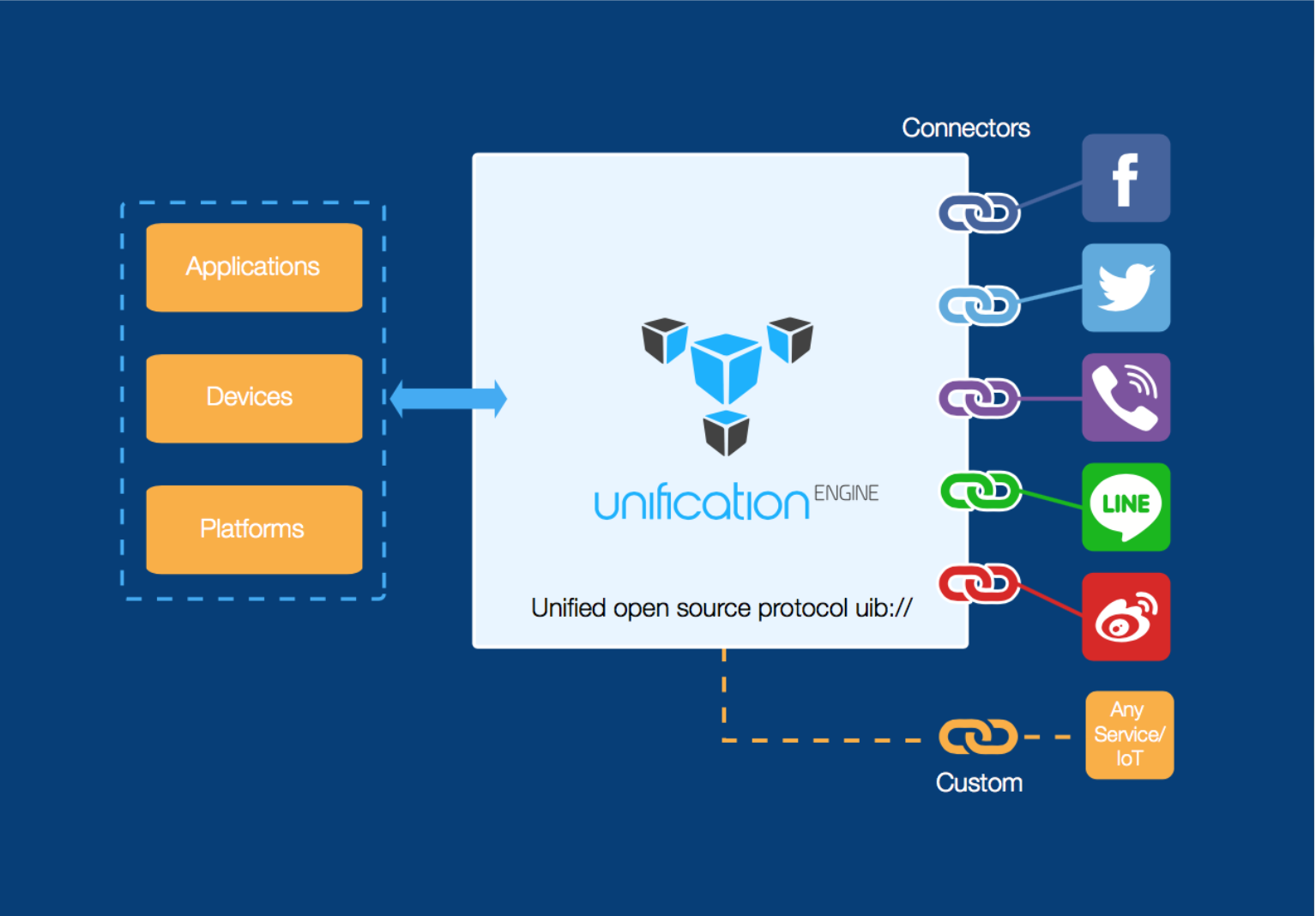