Multinational tech giant, IBM, and Singapore-based intelligent IoT messaging company, Unified Inbox have collaborated to provide businesses with the world’s first intelligent ‘Internet of Things’ (IoT) messaging platform, using IBM Watson. IBM will also provide Unified Inbox, an IBM Cloud (Bluemix) partner, API and platform support. Unified Inbox’s UnificationEngine messaging platform claims to be the only technology compatible with over 20 international messaging platforms and protocols including legacy channels of email and SMS; social media channels such as Twitter, Weibo, and Facebook; and messaging apps and chatbots from Line, WhatsApp, Viber, Skype and others. IBM Watson states to power the natural language and conversational intelligence of Unified Inbox’s UnificationEngine platform, which makes it possible for users to communicate with their appliances. By combining the AI capabilities of IBM Watson and the human to machine IoT communications engine of Unified Inbox, both companies feel that they can deepen conversations between people and machines. 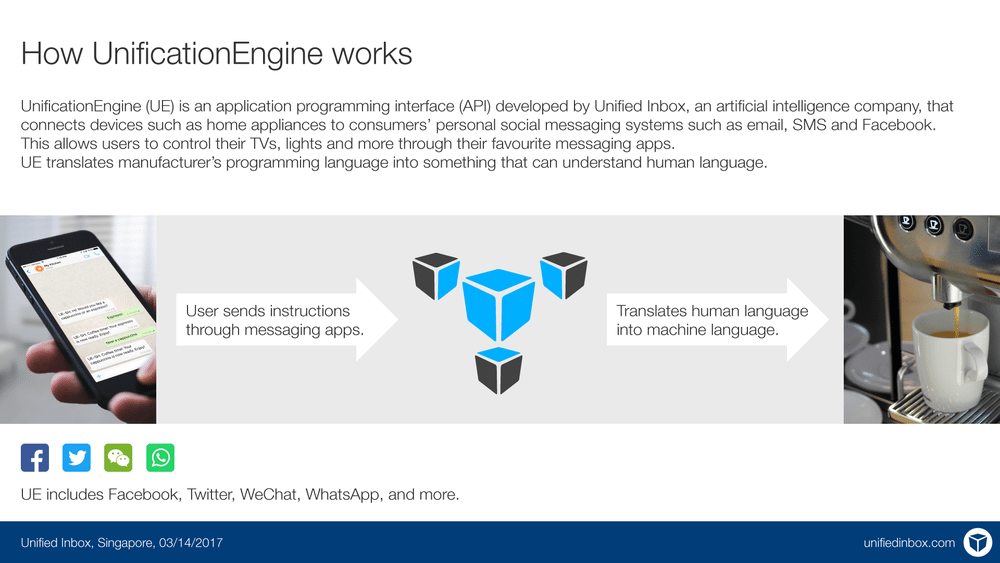 Giving an example of how UnificationEngine can be used in everyday life, the company states that a user can chat with his/ her coffee machine on WhatsApp or Viber to make cup, and it will ask the user how strong to make it, how much sugar or milk to add. The coffee machine will then message again on WhatsApp or other channels to alert the user that the coffee is ready. Thus, increasing the value of the conversation and take it further than the simple command-response interface that people are already using through virtual assistants and chatbots. “Bringing together IoT with Artificial Intelligence (AI) and unified messaging, we have created the world’s first UnificationEngine. UnificationEngine is a device- and platform-agnostic middleware that enables products and software to simply communicate with people and things,” said Toby Ruckert, Founder and Chief Executive Officer, Unified Inbox

“UnificationEngine enables this communication seamlessly, with the significant benefit of eliminating the need for an app. UnificationEngine can help companies to succeed in the rapidly expanding new markets of IoT and AI. The IBM Watson Conversation Service makes this capability possible, performing virtual personal assistance across a wide variety of use cases and powering the cognitive conversations within UnificationEngine.” 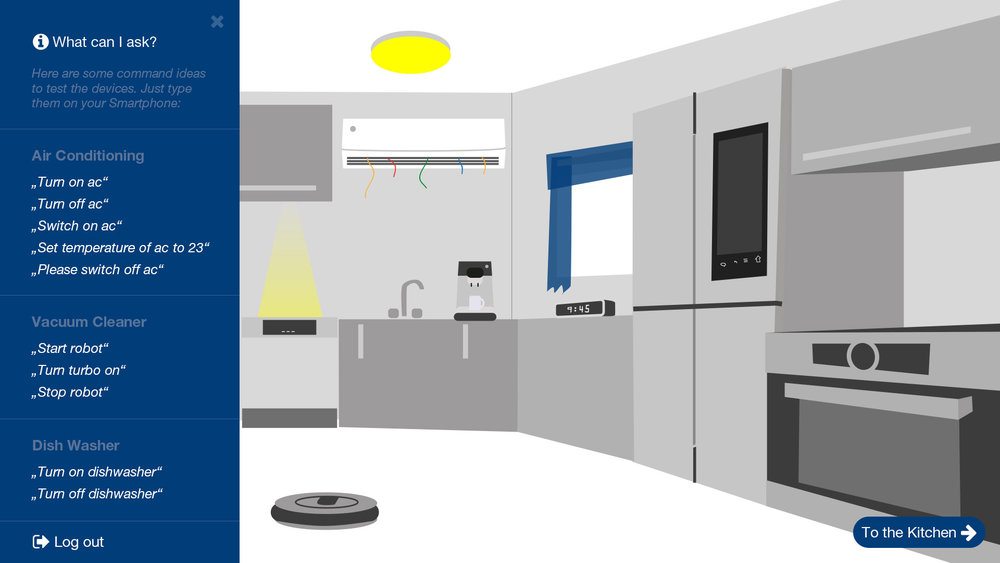 Beyond consumer appliances, Unified Inbox states that the UnificationEngine can also be used in smart enterprise use cases such as messaging commuters waiting for a bus. In a smart city scenario, it can be used to message city officials on crowd movements and formations. “IBM is excited to be working with Unified Inbox on exploring the tremendous possibilities of IoT and collaborating even more to bring best-in-class IoT solutions to customers around the world,” said Jason Jameson, Director, Watson Internet of Things, Asia Pacific, IBM. Earlier this month, Unified Inbox also struck a partnership with Chirp, the maker of data-over-sound technology, to integrate their products for fast, easy, and secure onboarding of residential, commercial, and government IoT devices. According to the collaboration, Chirp’s data-over-sound technology would be used by Unified Inbox’s UnificationEngine to create smart home, smart enterprise, and smart city intelligent IoT messaging solutions that will make provisioning of devices and sensors more secure, faster to onboard, and easier to use.