uSens, a California-based firm that specializes in AR and VR applications, has announced open beta of its software developer kits (SDKs) and pre-order availability for its new Fingo hardware series. The company that develops and manufactures human computing interaction (HCI) software and hardware and aims to advance AR and VR tracking with this roll out.

It is an input sensor hardware that connects to any augmented reality or virtual reality device. The company claims that it is designed to offer 3D human-computer interaction and hand tracking technology for both mobile and tethered systems, including Samsung Gear VR, HTC Vive, Oculus Rift, and Google Cardboard. With the Fingo headsets, the software can integrate 26 Degrees of Freedom (DOF) hand tracking and 6 Degrees of Freedom head position tracking within virtual experiences. The 26DoF and 6DoF refer to the movement of a rigid hand and body in a three dimensional space. uSens claims that the tech behind it can be used for ‘inside-out’ positional tracking using the Fingo hardware. The series is currently out with three modules: Entry-level Fingo: It aims at enabling developers, add 26DoF, controller-free and hand tracking that could enhance human-computer interaction (HCI). 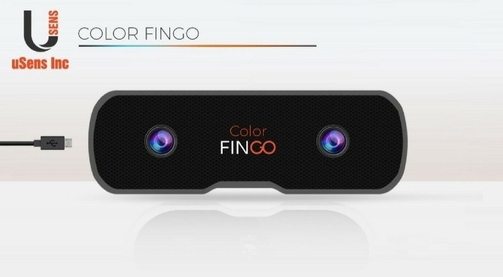 Power Fingo: According to the company, this modules comes with its own battery and Qualcomm Snapdragon processor to enhance positional tracking without the need of an external power source. 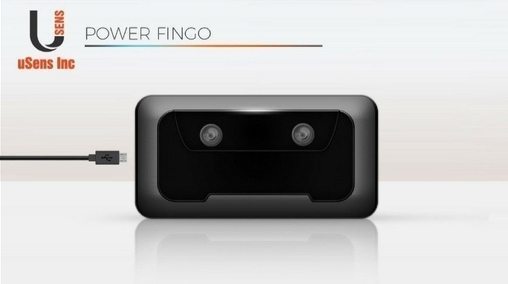 Reportedly, its core vision module with computer vision algorithm senses hand actions and gestures in 3D. The algorithm is optimized to perform well on mobile platforms, enabling gesture control on mobile VR devices. This could mean that users will be able to interact with VR content in a natural manner, easily control the interface and even take phone calls without needing to take off the headset. Additionally, the company also launched uDev, its developer support program upon which the Fingo SDK will be built. It also claims support for integrated development environments (IDEs) and work flows and currently supports Unity 3D, Java, C++ for mobile and PC developers. With the uDev network, developers could leverage uSens’s 26DoF hand tracking and 6DoF head tracking technology in their ARVR projects. Yue Fei, Co-Founder and CTO, uSens, said, “We’re focused on building the best inside-out hand and position tracking tools that are both flexible and easy to use. Developers across the board are now able to have full customization and support to craft the most realistic and immersive experiences in ARVR.”

Without the need for expensive, cumbersome peripheral devices like controllers and cameras, a broad variety of ARVR vertical applications will benefit, including automotive, education, entertainment, medical, R&D, and more.

uSens came into being in the year 2013 and claims that it has raised a total of $30.1 million in funding till date. Earlier in June, it had raised $20 million in a Series A funding round led by Fosun Kinzon Capital.