The moment after the British parliament ratified Brexit, it seemed that the separation of the UK from Europe was a done deal. Fortunately, Great Britain has a thriving startup scene that still attracts immigrants from all over the world and is starting to create a living ecosystem for giant global tech services. Some of those startups surpassed the clutter with a higher valuation and market share, some of them do it all of a sudden after years of being in the dark. Companies such as Deliveroo, Global Switch, and Anaplan have been acknowledged as tech giants only a few months ago, due to larger than ever financial rounds. Zirra, a startup that delves in the AI and machine learning technology space, has compiled a list of 10 highest valued startups in the UK using 85 different data sources. In the list, the startup has estimated the valuation of the startups, marked success and risk factors and rated the leadership of each company. Here are some key insights picked from the report: UK tech has a sense of style and fashion Two of the ten companies are offering high-end consumer products: Deliveroo is branded as a delivery service for restaurants meals, including some chef restaurants, and Farfetch runs an online marketplace that connects high-end fashion retailers with customers. Only two of ten UK unicorns are in financial services Even though the UK is a pioneer in technology based financial services, Funding Circle, a peer-to-peer service that matches retail investors with small business and TransferWise, a peer-to-peer money transfer service provide financial services. US is not a target destination A big chunk from the list of companies avoid being active in the US, where the market is already crowded. Deliveroo, for instance, wants to take over Europe, the Middle East, and Southeast Asia. Global Switch, a cloud computing service, partnered with Chinese investors to expand into China and new Asian markets. Emergence of immigrant players In nine out of the ten UK startups, there is at least one immigrant or a child born to first-generation immigrants in the founding team. Of those nine, seven companies have at least one immigrant in the founding team from the following countries: India, Estonia, Portugal, France, New Zealand, and the US. 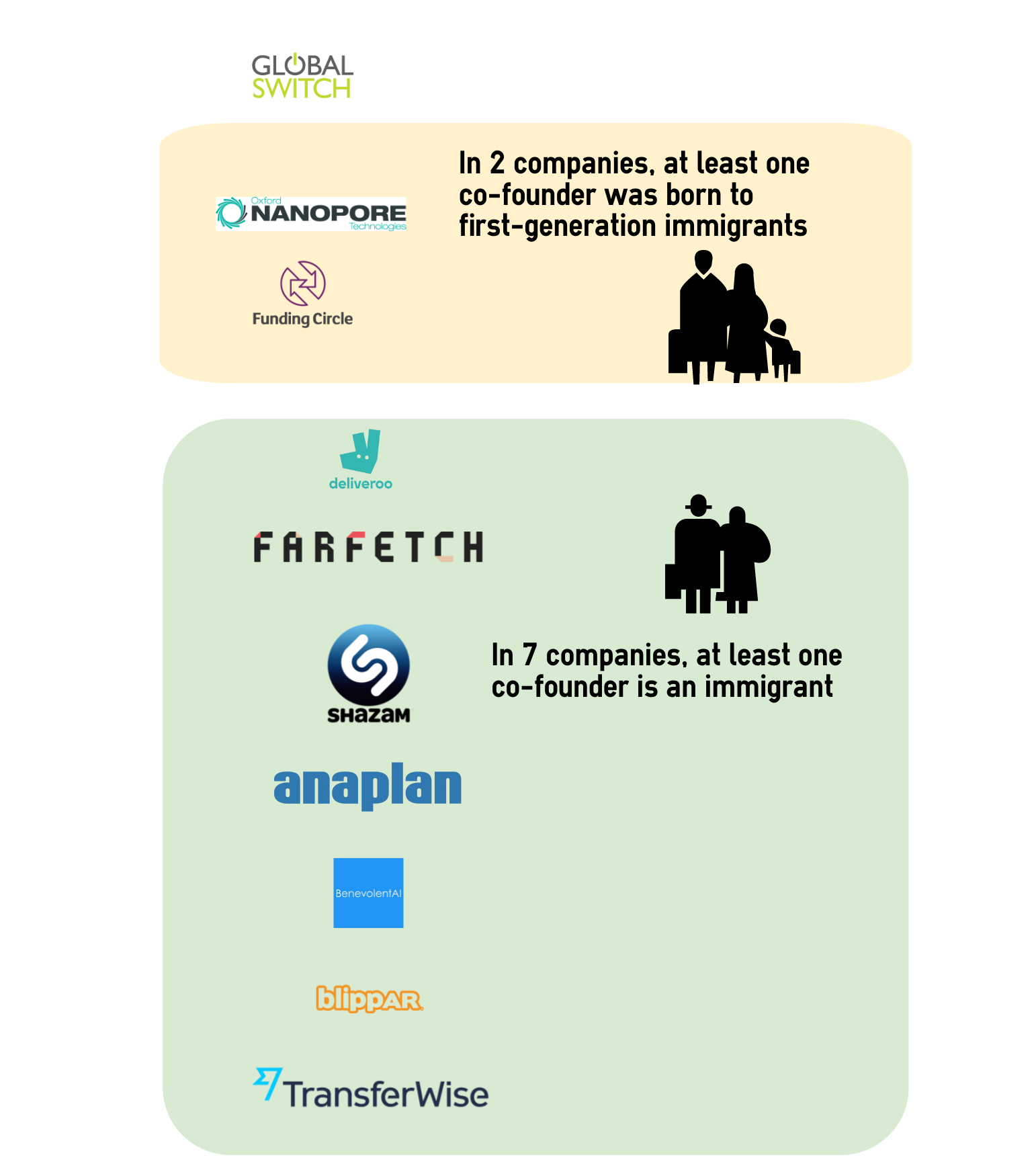 How did Zirra value private companies?

The Zirra Valuation Process used AI and machine learning technology that involved both Intrinsic and Relative valuation algorithms. The intrinsic data included revenue and expense estimations, traffic trajectories, investment history and velocity, based on aggregated sources. In the relative analysis, data was compared and benchmarked with a database of thousands of companies with correlation to stage, space, size, and trajectory. It then produced a map of competitors based on the data set, rated in accordance with the degree of direct competition, its size, threat, and proximity of the shared customer and partner base. Results were sent to relevant experts who commented on both quantitative analytics (scores and metrics) and qualitative analytics (risks, opportunities, competitors).

Where did they get the data from?

Data was extracted from 85 different data sources including both open and licensed directories such as the company website, Bloomberg, Linkedin, SimilarWeb and Adwords. “Derived data” from sources like Glassdoor reviews, consumer reviews, sentiment analysis from open web articles and other data points such as academic researches, stock indexes, and macroeconomic parameters were also taken into consideration for the study. According to Zirra, this research was important as the private tech industry in UK is one of the most secretive and mysterious one, yet it is rich and growing rapidly. Those who are working in the startup ecosystem themselves, entrepreneurs, venture capitalists, reporters, are suffering from serious disinformation regarding the economy that surrounds them. The result of this panoply of secrets, taboos, and mysteries is enormous disinformation surrounding the startups market. Hence the startup conducted this research to bring transparency to the private tech market.