Sachin Bansal and Binny Bansal, Founders of Indian online marketplace, Flipkart, stated that the $1.4 billion investment by eBay, Tencent and Microsoft was a “landmark deal for Flipkart and for India” and hailed it as an endorsement of the Indian startup’s tech prowess, innovative mindset and its potential to disrupt traditional markets. The duo met as engineering students from IIT Delhi in 2005 during their final-year summer project. In 2007, after moving to Bangalore, they started Flipkart on a modest budget as an online bookstore with a promise to deliver anywhere in India. Post opening its first office in Bengaluru, the company recorded over 3,400 shipments in 2008 and the next year raised $1 million from Accel Partners. The company’s first acquisition happened in 2010, when it acquired social book recommendation portal WeRead and expanded its categories to include music, movies electronics, mobiles and games. In 2011 the ecommerce company acquired Chakpak, an online community for indian entertainment and bought rights to its digital catalogue. The very next year Flipkart acquired a digital content platform that connects content owners with content publishers, Mime360 and also bought an e-retailer of electronic items, LetsBuy.com. The company also launched its mobile shopping application, got into fashion, toys, accessories as well as an electronics private label DigiFlip and online music sales called Flyte Mp3. In 2013 the company tried its hand at online transactions and launched a payment solution for merchants and customers called PayZippy. The very next year Flipkart acquired fashion ecommerce company Myntra for $300 million. It also bought a majority stake in Jeeves, which provided maintenance, repairs and product guarantees. The company also shut down PayZippy in 2014 and acquired a mobile payment gateway company Ngpay, where it shifted its entire PayZippy team. In 2015 the company acquired advertising technology firm, AdIQuity and a mobile engagement and marketing automation company, Appiterate, to strengthen its mobile offerings and revenue from its mobile inventory. The same year Flipkart also acquired FXMart, a payment services company. Last year, 2016, Flipkart owned Myntra acquired another fashion ecommerce company Jabong. Now both fashion ecommerce entities have independent identities but operate under Flipkart’s umbrella. The Indian ecommerce player also acquires UPI based payments Startup PhonePe. 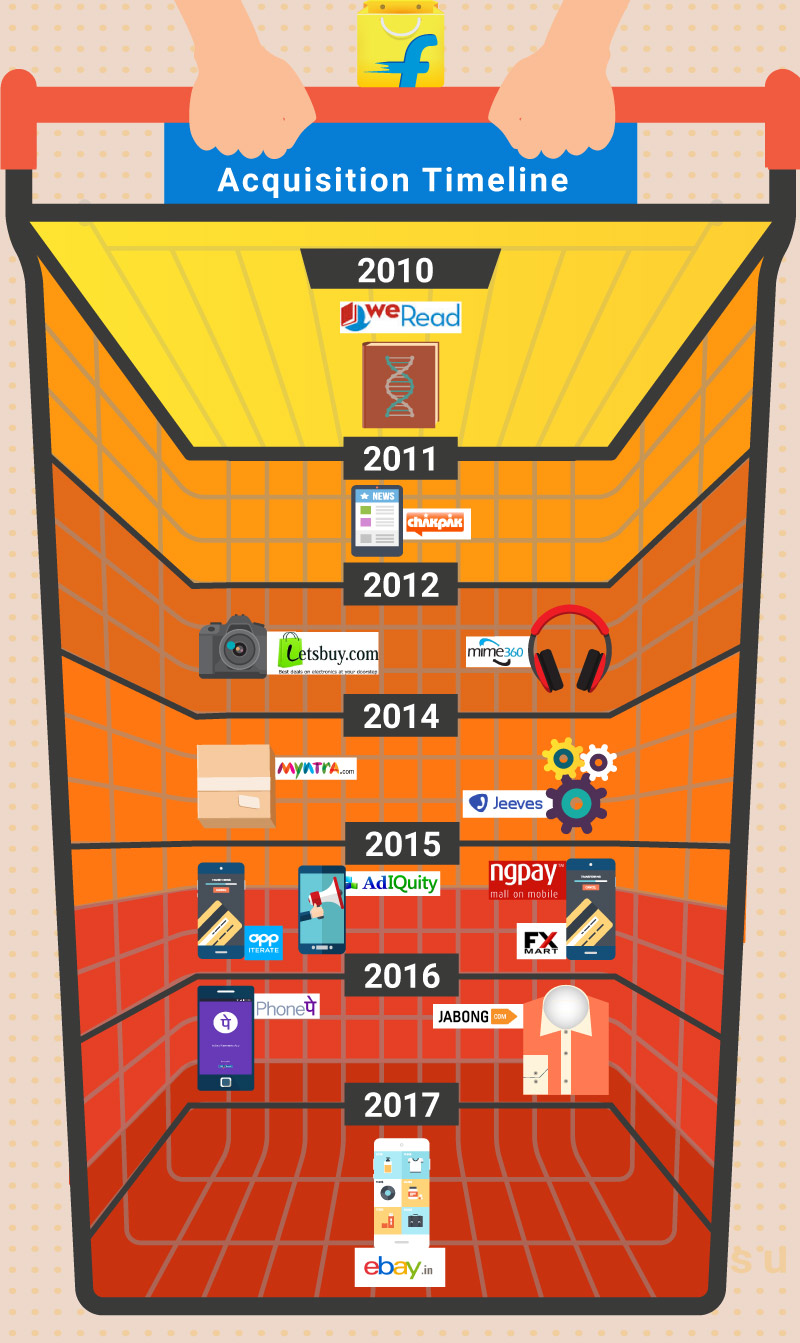 Going cashless? Use these 14 UPI apps on Android