California-based marketing platform, Influential that helps companies create content marketing strategies and get published online in publications has raised $5 million in Series A funding which makes it worth $9 million in today’s date. The round of capital was initiated by Capital Zed, an Australia-based disruptive technology investor. Institutional investors including ROAR, Paradigm Talent Agency, Europlay Capital Advisors, Ace Fund and MSMCi also took part in the financing along with the inclusion of existing angel investors. Ryan Detert, CEO and Co-Founder, Influential stated that the funds will be used to ramp up hires and allocate resources towards developers, data scientists and data partners.

“This Series A round, under the direction of Capital Zed, represents a significant step forward for Influential, as we continue to build our enterprise-level technology for brands and agencies, with a hyper-focus on unstructured data as we continue to change the market with our demographic and psychographic data approach,” Detert said.

It calls itself a social media influencer network and is driven by the cognitive capabilities of IBM Watson to offer brands word of mouth publicity at scale. Reportedly, Influencers are activated via Influential’s patent pending app to run brand campaigns with demographic impressions, and brand-safe messaging. Influential, essentially uses an algorithm to strategically pair highly engaged social media influencers to create viral conversations online about brands and products. The company said it targets age, gender, interests, ethnicity, and more than 60,000 data points, making it possible to make a true media buy on social. 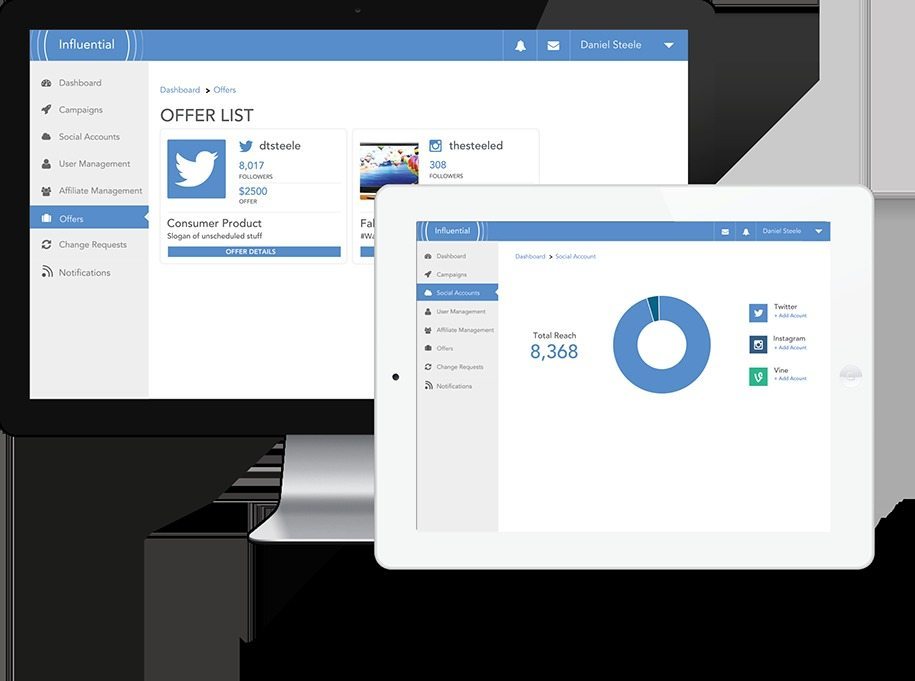 Ahead of its partnership with IBM Watson, Influential relies on IBM’s Personality Insights service to do so and analyze large volumes of unstructured natural language data from social media profiles, across multiple channels. It has also built a toolkit, coupled with 3rd party demographics data partners, to pose as a data-driven influencer identification system in the market in identifying personality traits for brands and agencies on semantic data pulled from an influencer’s social media feeds, claims the company. It was founded in the year 2014 and since has competed for market space against companies like Little Bird, Traackr and NeoReach. Zac Rosenberg, Founding Partner, Capital Zed, said:

“We are proud to have led the Series A Round for Influential. We believe that the company, under the leadership of Ryan and his talented management team, are visionaries in the space. Alongside their vision, passion and energy is a technology platform built to deliver an enterprise-grade experience to agencies and brands, as well as the fast growing influencer community.”