Post positioning G-Suite as a collection of services for enterprise use, Google has not made any changes or additions to its core products. The company rolled out Allo and Duo a couple of months back but that took more of a consumer angle rather than business. The company claims to provide a host of tools for individuals, enterprises and small businesses and with the launch of G-Suite it got teams and collaborations into the mix. What it seemed to have lacked is the presence of a video calling application just for businesses. It was speculated that Google was experimenting with Hangouts, its consumer facing video chat app, in a preview mode with expanded capabilities, but it never officially announced anything for business use per-se, until now. Google seems to have unofficially rolled out a new video conferencing application called Meet by Google Hangouts, especially for business to conduct HD video meetings. A part of the G-Suite, while Hangouts is identified as a chat application with video calling capabilities, Meet is a pure online video calling application. Currently, Meet is not listed among the G-Suite apps but lands on a Google Meet page on search. The landing page seems to have a clean interface with only a window that lets the user enter a meeting code to join a meeting, as well as see those meetings that have been scheduled. Unlike Hangouts that let the user place a phone call, video call or start a chat. Meet also offers dial-in numbers for users who are on the go. It shows details about upcoming calls, including time, location, subject and allows the user to attend a meeting straight from the phone. 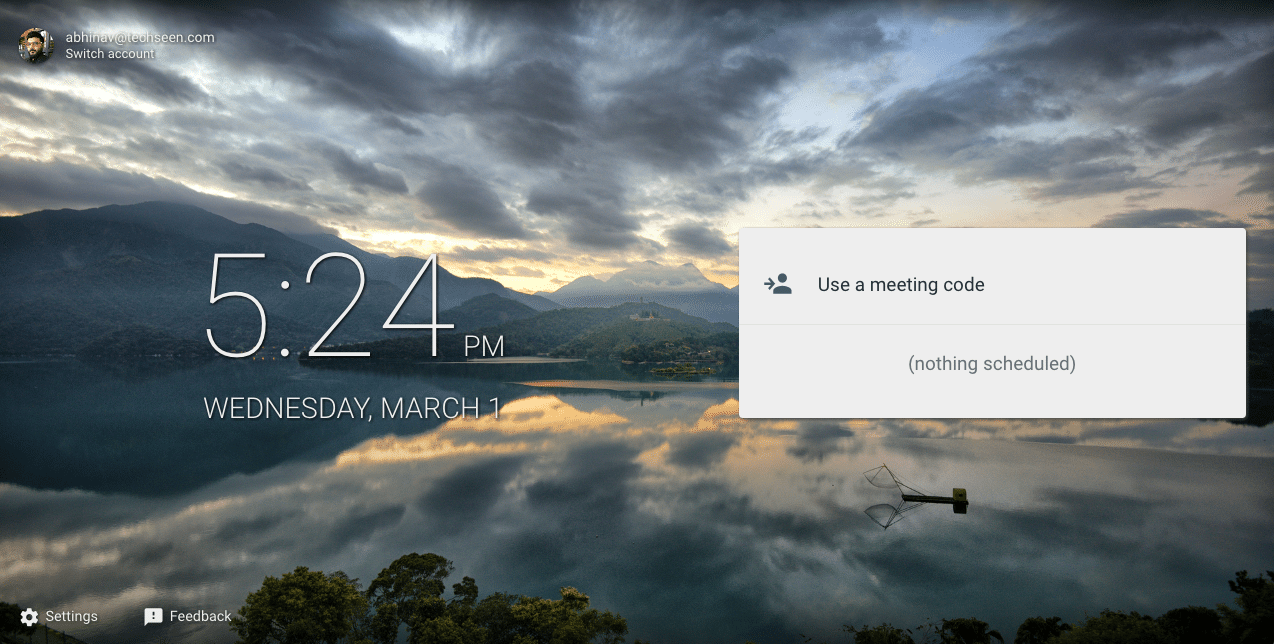 According to several media reports, Meet seems to be a business-friendly alternative to the consumer focused Hangouts. Having said that, is Google taking a jibe at Microsoft’s Skype for Business? And interestingly, this news comes just days after Amazon announced its unified video and voice collaboration tool for corporate meetings called Chime. Is Google trying to make a its own presence felt in the enterprise video-conferencing segment?

What does Skype have to offer?

Last year, Microsoft launched Skype Meetings, a free tool to host online meetings providing small businesses with real-time audio and HD video conferencing. The tool was launched as a browser-based version of Skype, that has collaboration features like the ability to share screens and content during meetings. Skype Meetings appeared to be a scaled-down version of Skype for Businesses. While the latter can engage up to 250 participants in a meeting at a given point, Skype Meetings is limited to up to 10 participants during the free trial period of 60 days. Post the trial period, this is further reduced to a maximum of three people. In addition, Skype for Business is integrated with other Office 365 apps that enable the user to schedule a Skype meeting from their Outlook calendar, see their colleagues’ presence, and initiate an IM or start an audio or video conversation within apps like Outlook, Word and PowerPoint.

Chime was made available as an app on iOS, Android, Windows, as well as Mac, last week. The platform runs on AWS claiming to boost the user’s experience beyond VoIP calling and video messaging. It allows customers to host or join a meeting, chat, and share content and screens with a synchronized experience across desktops, iOS, and Android devices, all from the same platform. Both Skype and Chime are similar in their approach, apart from the features mentioned above, like Skype, Chime offers mobile and desktop apps, and keeps meetings and chats synchronized across devices, so users can join meetings from anywhere via their remote devices. Amazon has also been quietly rolling out its workspace-focused tools on cloud like Microsoft and G-Suite. Amazon’s WorkSpaces, a virtual desktop computing service, WorkDocs, a file storage and sharing service, and WorkMail for secure email and calendaring. Is it possible that all three will eventually go toe-to-toe when it comes to online business video collaboration and conferencing?

Will Meet make a mark?

However, Google has not officially announced Meet, neither has it launched the mobile app globally. Currently the app is only available on the iTunes App Store in US, and has a minimalistic website with no information. According to a news report by TechCrunch, the tech giant discontinued its Google+ Hangouts API two months back in a bid to focus more on the enterprise side of things. Once Meet app is launched, what will make enterprise customers go for it? Will it be the pricing, the features, the quality of video conferencing or the ability to collaborate and share? Or will it be the time and experience of the company that enhances the user experience? It seems difficult to comment as of now, since all three will be offering similar tools. Having said that, the business user will definitely be spoiled by choice going forward.