The top 20 unicorn startups are overvalued by a median of 26.5% states Zirra, a startup that claims to have developed AI and machine learning technology to analyze the private tech market. In a comparative analysis with WSJ’s (Wall Street Journal) live list of private tech companies, Zirra claims that tech unicorns are overvalued, probably as they need to endlessly raise money and give new preferred stocks to convince new investors to jump on board, thus artificially pumping up valuation.

Basis of the study

The valuation process has used AI and machine learning technology involving both intrinsic and relative valuation algorithms. While the intrinsic data includes revenue and expense estimations, traffic trajectories, investment history and velocity, based on aggregated sources; the relative analysis, data is compared and benchmarked with a database of 1,200 companies with correlation to stage, space, size and trajectory. According to Zirra, the process produces a map of competitors based on the data set, rated in accordance with the degree of direct competition, its size, threat, and proximity of the shared customer and partner base. This map is then reviewed on the basis of quantitative analytics (scores and metrics) and qualitative analytics (risks, opportunities, competitors). 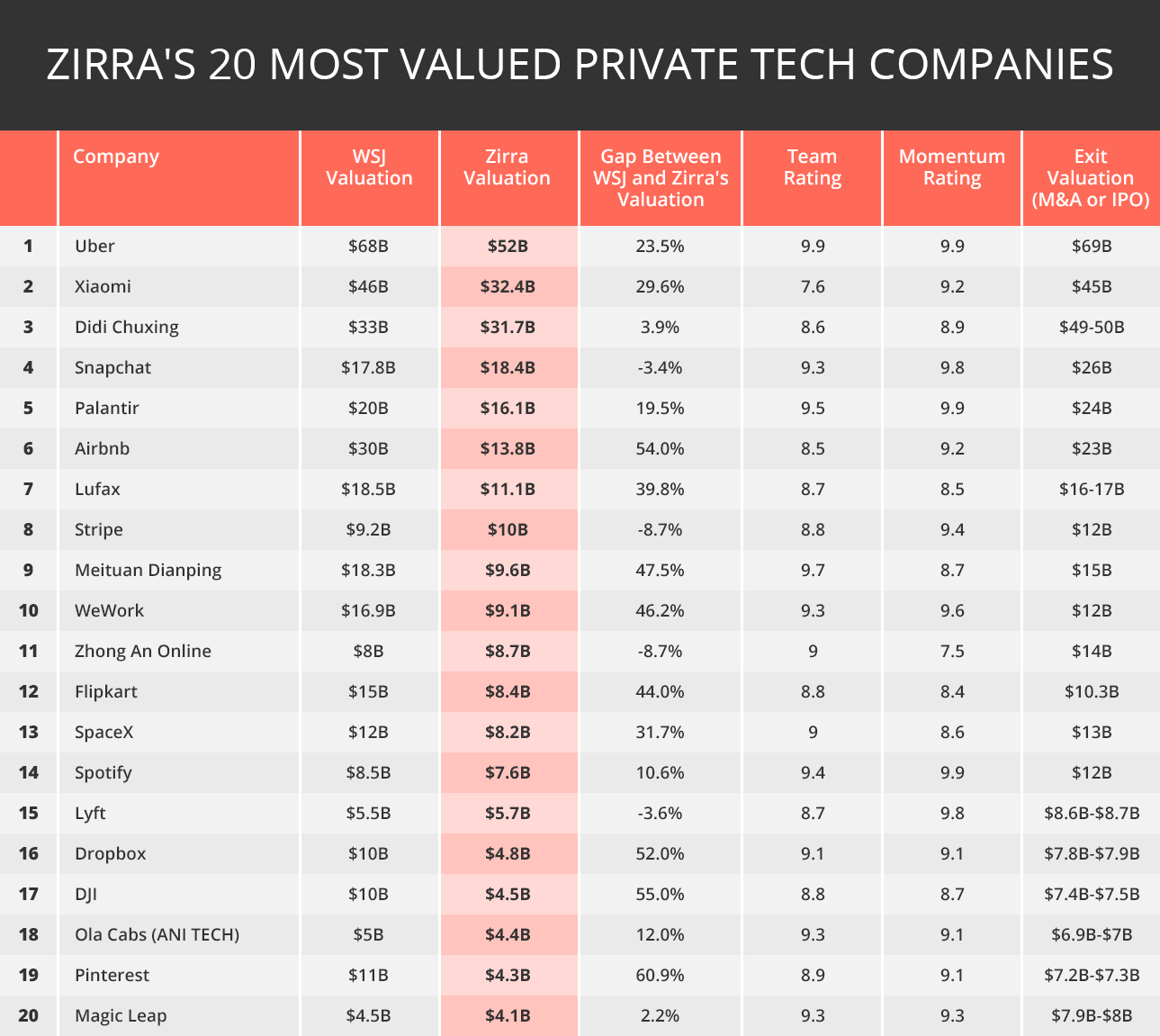 Indian statrups such as Flipkart and Ola Cabs also made it to the list. Flipkart, which has been valued at $15 billion by WSJ, has been put at $8.4 billion by Zirra — a gap of 44%. Ola Cabs too is at a 12% gap as Zirra valued it at $4.4 billion, whereas WSJ marked the company at $5 billion. A Zirra executive told Techseen, “WSJ is the only publication that holds a global ranking of private tech companies. But one has to note that the valuations in the WSJ list are not solely done by WSJ staff. This is what we call “common valuations,” which means mainly valuations leaked to worldwide media, sometimes WSJ, and then picked by WSJ.”

“As most of the valuations published on news outlets are a result of anonymous sources leaking more or less accurate information, usually in the event of a new financial round. Zirra is the only company that uses AI and machine learning technology to value private companies, using public data.”

The “Why” behind the AI valuations

Zirra claims that private tech industry is one of the most secretive and mysterious and at the same time is rich and growing rapidly. Those who are working in the startup ecosystem themselves, entrepreneurs, venture capitalists, reporters, are suffering from serious misinformation regarding the economy that surrounds them. According to the company, the study was released aiming at bringing ‘transparency’ to the private tech market, and unearthing the ‘mysteries’ surrounding the startups market. The company also revealed that the data was from 85 different data sources, which were updated on a regular basis. The study’s sources consisted of “open as well as licensed directories such as the company website, Bloomberg, Linkedin, SimilarWeb and Adwords.” Zirra claims that the study can also be attributed to derived data such as Glassdoor reviews, consumer reviews, sentiment analysis from open web articles and data points such as academic researches, stock indexes, and macroeconomic parameters. Zirra claims to provide insights on startup companies, including estimated valuations, competitor lists, estimated time to exit, risk and success factors, as well as ratings of the team, product, momentum and execution (an example from the study below). Based on its technology, Zirra aims to serve investors, entrepreneurs and job-seekers with reports on companies, that help them learn more about companies they are engaging or competing with. 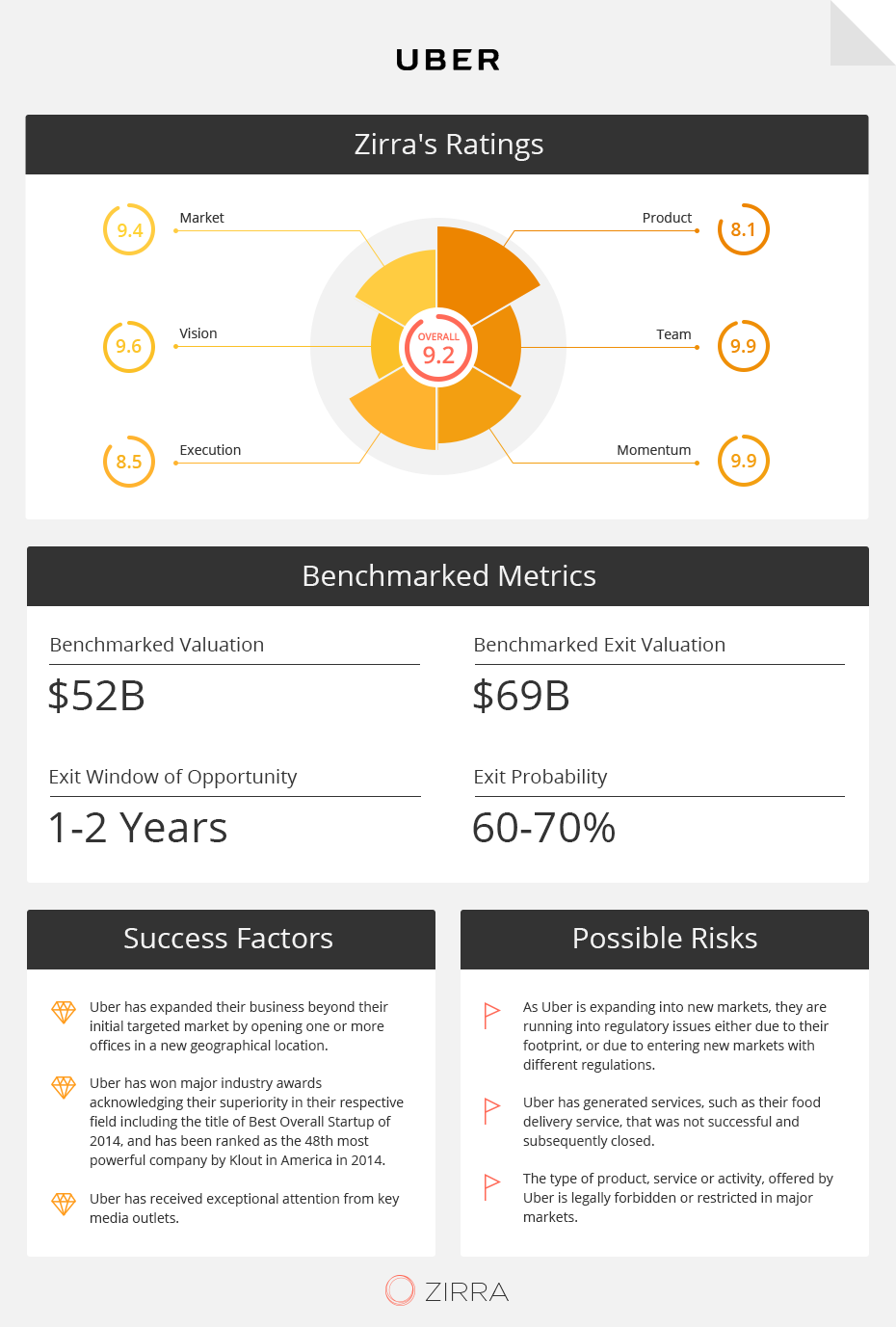 The company also claims to have raised $2.5 million from a group of former Microsoft executives such as Moshe Lichtman and Soma Somasegar, joined by AOL, Singulariteam, Prof Dan Galai and the founders Moshit Yaffe and Aner Ravon.

Going cashless? Use these 14 UPI apps on Android