Singapore based intelligent IoT messaging company, Unified Inbox, has announced the global availability of its UnificationEngine platform on the IBM Cloud. Using voice and text messaging through the UnificationEngine, people can remotely control and receive alerts and notifications from their smart home, smart enterprise, and smart city devices. The platform allows users to communicate in natural language on over 20 different communications channels, including SMS, email, social media, messaging, and chat platforms, without the need for a separate app. With UnificationEngine on the IBM Cloud, developers can integrate high-performance cloud services into their IT environments. Last year, IBM and Unified Inbox collaborated to provide businesses with its IoT messaging platform using IBM Watson. The collaboration entailed IBM giving Unified Inbox, an IBM Cloud (Bluemix) partner, API and platform support. IBM Watson was powering the natural language and conversational intelligence of UnificationEngine, which made it possible for users to communicate with their appliances. The collaboration combined the AI capabilities of IBM Watson and the human to machine IoT communications engine of Unified Inbox, in a bid to deepen conversations between people and machines. According to Unified Inbox, Bosch is one of the companies that has started to integrate the UnificationEngine into its products. It has developed an integration of UnificationEngine into its surveillance cameras. Leveraging UnificationEngine’s unified API, its surveillance cameras can communicate with users like security officers via text messaging and videos to provide them with real-time information. 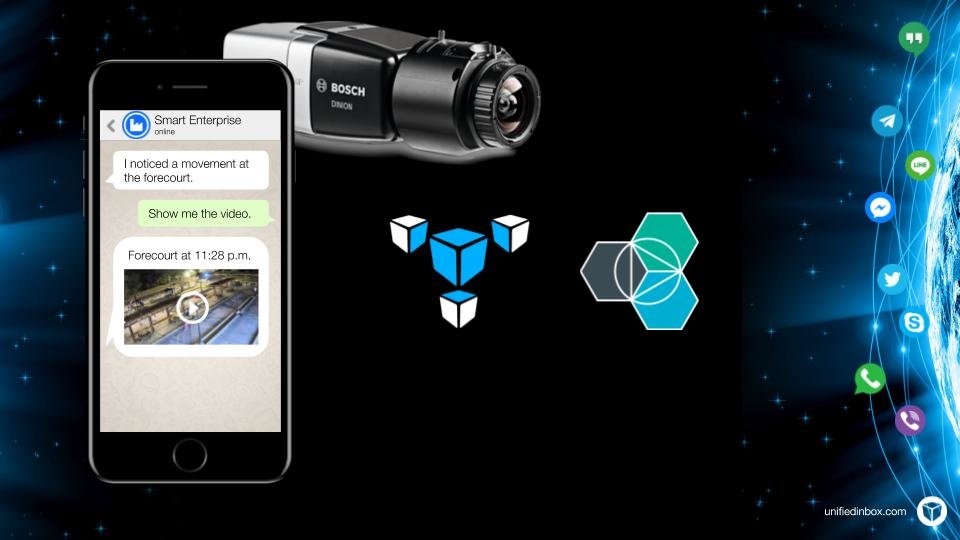 Through this integration, users are able to access a situation beforehand and plan the best course of action to address specific security situations. They can monitor crowd movements, such as queue build-ups. Using voice command or text messages, they can retrieve images and video footage from any point in time on any communications platform through SMS, social media or messaging apps. “We’re excited to have the security, interoperability, and convenience of UnificationEngine now be available globally to users, developers, and manufacturers through the IBM Cloud catalog,” said Toby Ruckert, CEO, Unified Inbox.

“Because UnificationEngine scales with smart home, enterprise, and city solutions to make IoT solutions both frictionless and fun, we can’t wait to see what existing users like Bosch and new IBM Cloud users will create!”